The latest post made me think of something that I definitely think is a possibility. We all know that no matter what every fruit makes it so the user can't swim. However typically in a series a definite statement such as that is broken. A great example of this is in One Piece itself as one of those definite is that one can only eat one devil fruit. Well BB kinda took a crap on that. Another great example is in Full Metal Alchemist, spoiler alert and if you haven't seen it I would highly recommend it, when the one rule is you can't create anything from nothing. However it ends up the story is basically the villain doing so at the cost of a bunch of human souls.

Anyway the question is do you think someone will ever get around that rule? Considering Vegapunk's genius I definitely think that he will find someway around it I'm just not sure if it would have a large impact on the story or not. What do you guys think?

Will a DF user be able to swim at some point in the series?
Yes
No

Okay you just ignore that other part of it but your argument still doesn't make sense. You agrue that Luffy very often gets tired and is still able to move and push his limits and then say that Ace, Marco and the rest can't do the same? Especially when at the time they were much stronger than Luffy ever was.

@ASL No, I'm saying that Luffy's reaction to Seastone or being submerged in water is different to that of him being exhausted in a fight and you can't use that to justify your argument about Luffy's expressiveness. And you keep hinging your argument on what happened with Luffy in Arlong Park, but that doesn't matter. We are not talking about the effects of WATER on DF powers we are talking about the effects of SEASTONE, which are two different things. Remember: Seastone wards off Sea Kings, but the creatures live in the sea. So it's possible that even though Seastone has the essence of the sea, it can produce a different effect from it and thereby affect DF users differently than the sea itself. We have never seen Luffy in Seastone cuffs or even with prolonged physical contact with seastone, so we don't know if his rubber body can be negated.

Look we have three instances of Seastone usage that pretty much prove (or at least can't disprove) that Seastone does in some way cancel out abilities.

First, we have Luffy's reaction to the Seastone prison cell in Alabasta. Here, yes, we see that it causes Luffy to become exhausted but we do not see him try to use his DF powers at all at this point, so neither of us can confirm or deny that Luffy's powers were nullified.

Second, we have Smoker's jitte weapon. Now it is has been shown producing an effect like the sea on DF users, but it has also been shown nullifying DF powers as well, otherwise, how would Smoker have been able to strike Luffy in the cell in Rain Diners? If Seastone doesn't nullify DFs, then as a blunt weapon, it should have just bounced off of him or given way to Luffy's rubber body. Instead, it struck him and sent him reeling across the cell just like if he had been hit with Haki--thus some type of nullification of Luffy's rubber body would have had to occur. Also, the fact that Smoker's jitte is incapable of transforming into smoke despite the fact that Logias can make their weapons turn into their respective elements, means that Smoker's powers have no effect on the jitte--i.e. they are cancelled out.

Lastly, the most concrete example of DF nullification by Seastone is as I stated previously, Ace and Marco. They did not show any signs of exhaustion when in Seastone cuffs; they showed no signs of paralysis which is what happens to Luffy when he touched/was touched by Seastone or water, and they could still move freely--also something Luffy was incapable of doing when affected by Seastone.

Basically, what you are saying is that with Seastone on them, DF users should still technically be able to use their powers right? Well if Ace and Marco have the strength to overcome their exhaustion to the point where they're walking, talking, screaming, and crying why aren't they using their powers? It doesn't make sense for Seastone to simply "make them so tired they can't use their powers". If that's the case, they should be too tired to do just about anything.

I'm not saying without a shadow of a doubt you are wrong but what I am saying is that there is way more evidence to support DF nullification by Seastone than there is to not support it.

First off the sea stone on ships doesn't ward off Sea Kings it makes the ship feel like the sea and therefore the sea kings assume there is nothing there. Even then it was stated it only sometimes works because if the sea kings actually see the ship they still attack it.

Second I don't know if you are aware but sea stone cuffs are made to let the user run around still but not be able to use their powers. It was stated by smoker that certain concentrations effect users differently.

Third there has never been an example of someone attempting to use their powers while in cuffs or touching sea stone. For instance we have never seen Luffy say "Why can't I stretch?" He has always said "Ugh why am I so tired? This must be seastone!" All we have seen is someone who has an ability not use an ability while touching seastone. That may sound dumb but it suggests that they are too tired to try rather than they physically can't.

Fourth, if you actually read the wiki it states "Sea Prism Stone.... is a naturally occurring (though apparently rare) substance that can drain the energy of Devil Fruit users to the point where they can't consciously control their powers." Obviously the wiki isn't the law or anything but it shows a general consensus.

Fifth when has a logia user ever turned their weapon into their element? That sounds like awakening dude. "Logia Devil Fruits allow a person to create, control, and transform their body into an element of nature." If they do in fact transform anything other than their body thats awakening.

There is obviously some room for explanation on how seastone works but to me there is a lot more evidence that it doesn't in fact nullify powers. If I had to guess the way it works is much like haki. Haki doesn't nullify powers, if you think it does you are wrong, it makes the user be able to physically touch the user as if their body was normal. With that in mind seastone probably does the same. Which is really interesting now that I think about it. This is why I like you Kazaam you always help me figure out stuff.

I wonder if haki gives off the same feeling as the sea. IF that were true thought then why doesn't it effect the person using the haki.... interesting...

Daz Bones was cuffed with seastone but could still walk while carrying a big log.

I never see a logia user ever break seastone by throwing his/her element.

There was a time (non-canon) where Zoro did slice open a "seastone" cage... I believe it was that 3D one, with that old dog? 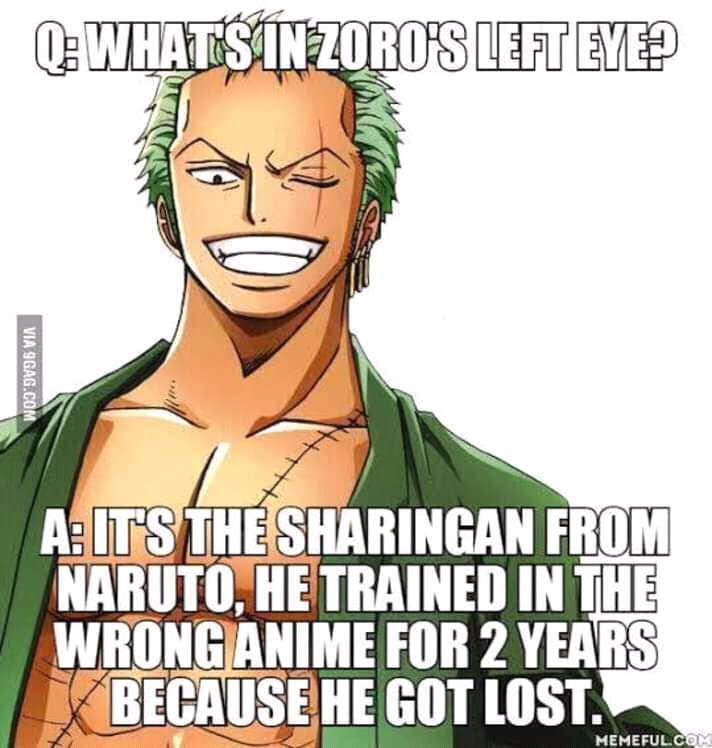 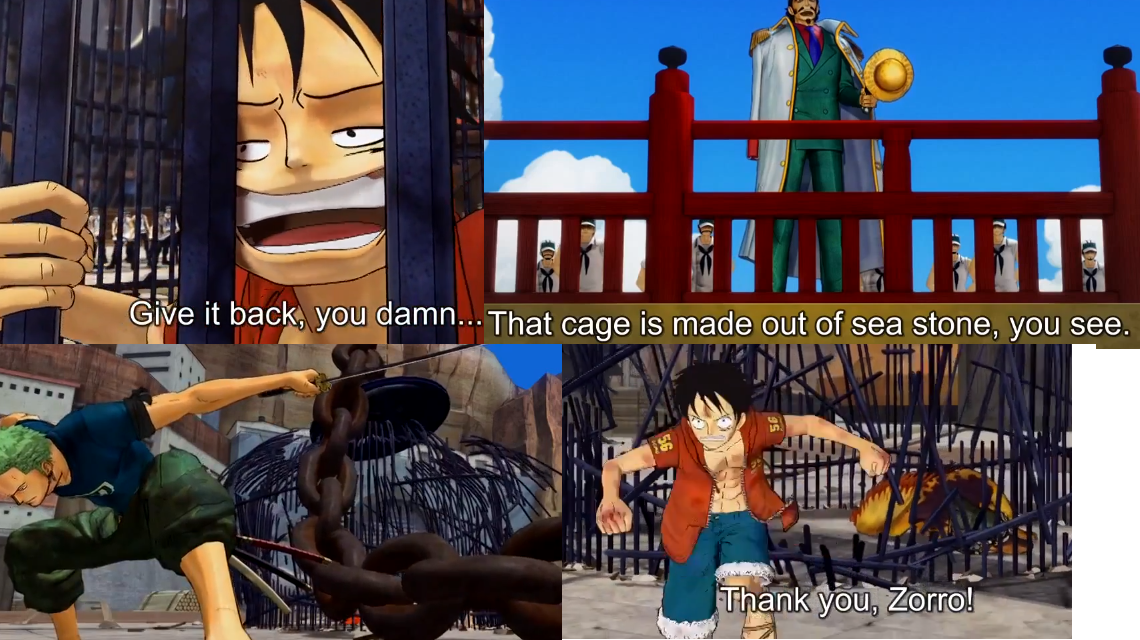