Alot of people seem to think that Kaido is actually a dragon who has eaten some kind of Human Human Fruit, the most likely one being some kind of Oni fruit. However, I don't think that's the case. If it was an Oni fruit, I think Kaido's "human" form would look more monstrous. Apart from his size and the horns on his head (which is something alot of Beast Pirates have), there's nothing very "oni" about him.

Why would a dragon eat a Human Human Fruit, become a pirate, and have a dream of building a crew made entirely of DF users? That seems a little far-fetched to me.

Also, let's address the rumor that Blackbeard might be coming for Kaido's fruit like he did to Whitebeard. Which one do you think he is more likely to want? A dragon fruit or an oni fruit? A dragon fruit seems like it would be the most powerful zoan as opposed to an Oni fruit.

He must have eaten the dragon fruit

Is what I concluded from the latest chapter 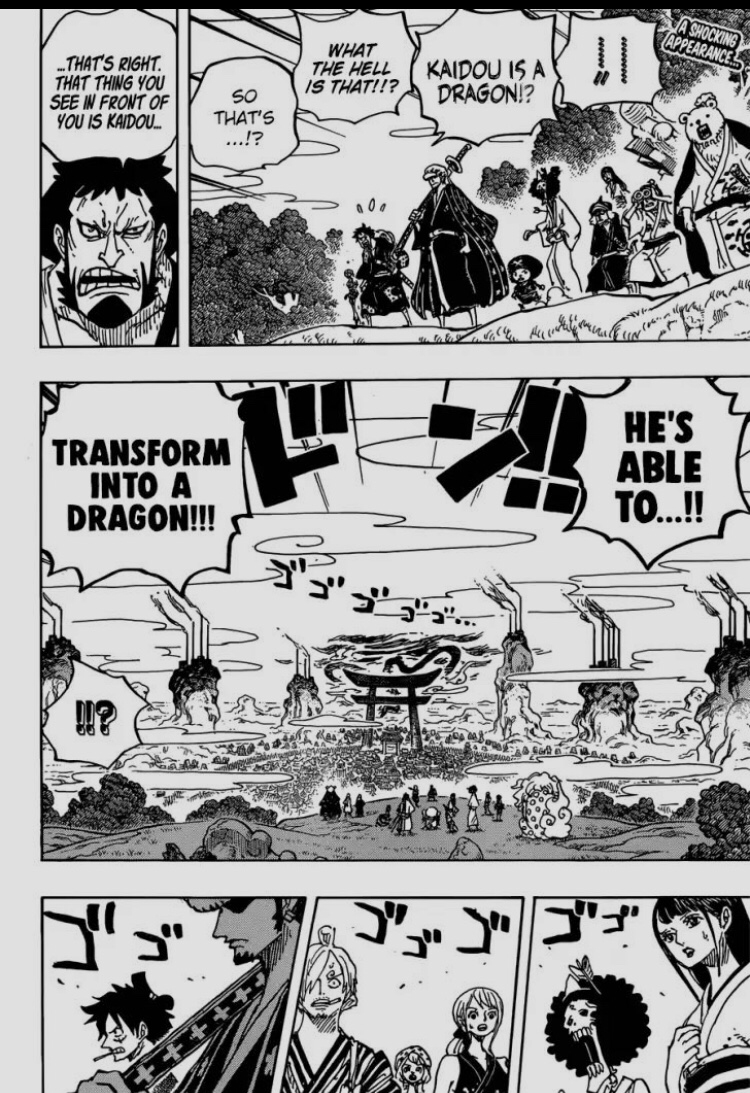 ^Chopper in animal (human in his case) form has no horns.

But still kaido has no dragon horns in is regular form, at least that we know of

I'm with Kaido is a dragon who eats an oni fruit.

Kaido's horns in his human form might have upgrade when he transform to dragon form.

Hmm... I'm kinda stuck on the whole part about KAido having two sets of horns in dragon form though...

a) As already said; Kaido's a dragon with an oni DF,

c) There are two sets of horns because he's eaten more than one DF (like Teach?)

d) Kaido ate more than one of the artificial DFs in an attempt to be perfect...