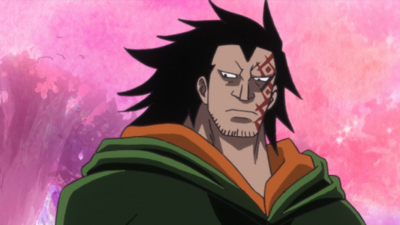 "Dragon" redirects here.For other uses of the name, see Dragon (Disambiguation). Monkey D. Dragon,7 commonly known as the "World's Worst Criminal", is the infamous Supreme Commander (総司令官, Sōshireikan?)4 of the Revolutionary Army who has been attempting to overthrow the World Government.3 He is... 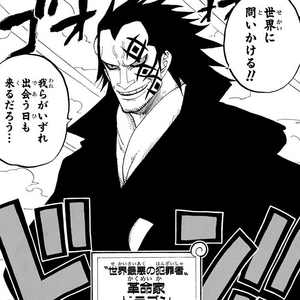 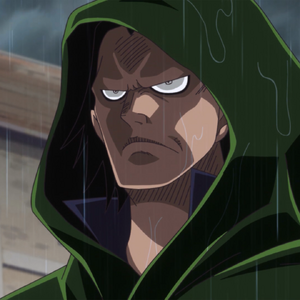 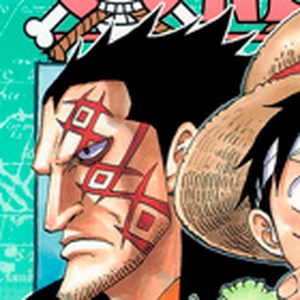 Hey guys! I know it sounds far fetched or something but I think that Crocodile is actually luffy's mother! HAHAHAH I know it sounds stupid since they have been killing each other the moment they met. But try think about the possibility? What if the one secret that Ivankov was talking about is Crocodile was once a woman and actually hiding his identity? As we all know that the purpose of Crocodile invading Arabasta was for military power which is the Ancient weapon Pluton, what if it was for fighting against the WG and he was ordered by Dragon? Since Ivankov was not aware of Luffy being Dragon's son, maybe they also didn't know that Crocodile was originally Dragon's wife? Just try thinking about the possibility. Oda also mentioned that Luffy's mother has already made an appearance, and I guess everyone thought that it was Bonnie, or the fat lady, or any other female. But what if it is actually Crocodile? I know I'm not the first one to come up with this but I support this theory regarding Crocodile as Luffy's mother. And do you know whats the female crocodile called? ITS COW!!!! I don't know whats the connection but maybe a dragon and a cow had s*x and a monkey was the product? I guess...

I know monkey D luffy, Portgas D Ace, Monkey D dragon, and Marshall D teach. Are they related? Is there some kind of correlation to the middle name D?

Im is Luffy's mom. Luffy's grandfather is Garp a legendary Admiral who fought against the greatest pirates from the Great Pirate era. Luffy's father is Monkey D. Dragon, the leader of the revolutionary. Luffy's mother has yet to be revealed.

Im is the leader of the World Government who sits on the throne. However their appearance has yet to be shown. I believe this is because Im will look strikingly similar to our main protagonist, Luffy.

But Luffy was raised by mountain bandits, and Dadan, right? Yes Luffy declared he wanted to be a pirate after being influenced by the Great Pirate Era. And the search for the one piece treasure, left by Gol D. Roger. He was disowned by his mother to save her royal reputation, tossed aside to his Grandpa, Garp. And Garp dropped child Luffy where he dropped child, Ace. Two brothers different mother's with "bad blood" as said by Akainu.

Or, Luffy was disowned after eating the Devil Fruit he stole from Shanks.

How do Im and Dragon connect?

Dragon was likely a spy or a royal official. I believe this because because Sabo scouted Mareis Geoise during the reverie arc. And he must have had good intel to infiltrate the world governments base of operations with his entire team undetected.

Sabo has learned everything he knows from Dragon after the latter saved the former from death.

Dragon and Im have a familial connection. What do I think it may be? I believe Dragon must have a claim to the throne if he's waging war. Which means he must understand how the current powers in the one piece world have come to be balanced.

Dragon may have a claim, but the throne must be passed through the matriarch of the family. Dragon and Im are likely at war with one another for the throne of the world. If Dragon wins Luffy would be the next heir.

If Im wins? And this is where I convince you of this theory...

Im would need Luffy to marry someone with royal blood who could take the throne. Im has shown interest in just a few characters as seen from posters seen in their chambers: Luffy and Blackbeard's posters are torn to shreds. Vivi's is untouched and Shirashosi's has a dagger through it. Im is considering who will be her succesor. Vivi and Shirashosi are heirs of fairly large countrys allied with the World Government (Alabasta and Fishman Island). Shirashosi's has a dagger through because she's a fish person and we know how royals feel about fish people.

Vivi is a straw hat but I doubt this is public knowledge since she's still allowed to attend the Reverie. (Or maybe she's a spy helping Sabo) #theories4days

What do you think? One piece is a world ruled by a single woman whose son is the most wanted pirate in the world. And whose ex-husband is literally at war with her. Either way, I believe Im and Luffy and Dragon will have some connection. How else do you think they could connect to each other?

Afternote: Oda intentionally hides the appearance of certain characters because it's easy to draw connections between character's distinct facial features. I believe Im may share similar facial features towards Luffy or Garp.

Anime note: During the CP9 Arc at the gates of Justice, Luffy firmly declares he understands who Robyn's enemy is, it's such a small moment, but Luffy's demeanor changes colder. I believe Luffy associated the World Government flag with some past experience or person. Then he asks Sogeking to destroy the World Government's flag, literally, he declares war on the world without hesitation.

Luffy must've knew it would come to this. An old family spat.

Lastly Devil Fruit theory: Im has the ability to make people forget. I don't know how specific this could be. Maybe only a certain period of time, or only certain people, or only significant events. How else could Im have taken the throne unbeknownst to the world?

What exactly is Monkey.d.Dragons power? comment down below if u think u have a theory

So as I've been surfing around the one piece communities to quench my thirst for theories I've come across a lot of theories in which:

==>Luffy is considered to be the son of Im and Dragon

==>Shanks is supposed to be a noble

==>And Shanks is the successor to the empty throne

And here's my theory Im is a female Celestial Dragon who was quite powerful, she was married of to another Celestial Dragon who was older and despicable but happened to be in the role that Im possesses right now. Even though she hated him she still had Shanks with him. Skip to a couple of years later when that dude dies and Shanks leaves home to become a pirate without anyone else noticing and Im stumbles across Dragon iand in the classic stable saves princess style Dragon takes Im away and Im finds true love in Dragon and out comes Luffy.

Meanwhile the WG finds out about Im and force her to leave threatening to kill Dragon and Luffy if she resisted. She leaves but once shes back in her hometown she refuses to stay submissive and proves herself to be stronger than anyone else and retains the throne.

I know this sounds a little far fetched but I can really see this play out, I mean Shanks is the kind of character that prioritizes power balance to maintain peace so he wouldn't back off from inheriting the throne and maybe that's why the Gorosei agreed to meet him.

Like imagine the badassery and the magnitude if this were true and let me know your thoughts and opinions on it..

P.s: this is a theory I came up with after reading several other theories about Im.

The only reason that Garp would ally with Roger was to safe is son don´t you believe?

They have similar appearence and similar goal towards the end of the world government. And before being the leader of the Revolutionary Army he must have been a Pirate because he only created it after Roger's dead.

And if they were the strongest pirates of that time how would they lose to Roger and Garp ( despite being Roger and Garp xD) . My theory is that Dragon was Rocks, we wanted to destroy the world's government but didn't aim to warm common people (as Kaido or Mom like to do) in story they say that we wanted to be king of the world but don´t forget that the story is being told by a marine so he would always be the "bad guy". I believe that in that God Valley battle he didn´t fight because he didn't want to fight Garp.

That may be a reason to Dragon using a hoodie all the time ( even in Roger's execution) so no one recognize him easly.

As we all know Nami has tools to control weather around herself. Dragon is depicted to have some weather related fruit or URANUS.

What are your thoughts on Nami becoming URANUS in future events ?? What if Oda is deliberately portraying Women a bit weaker in current timeline only to make them superpowers at the end??.

Freeing Doflamingo from Impel Down?

With the revolutionaries in Mariejoise trying to free Kuma?

Looking for Imu-sama in Pangea Castle?

Do you all think dragon was on Rogers ship ?