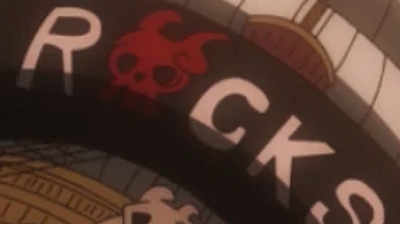 The Rocks Pirates were a legendary and powerfulpirate crew that sailed the seas until their defeat 38 years before the current storyline. They were led by Rocks D. Xebec and considered to be the most dangerous and strongestpirate crew of their time. They ruled the seas before the rise of Gol D... 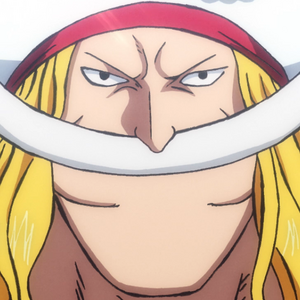 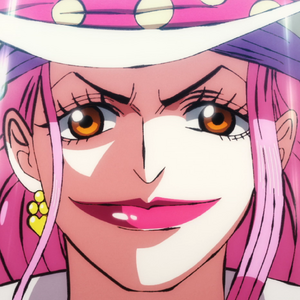 Do you guys think that by some chance that Legend will be Rocks D. Xebec? I have some sort of feeling that at the end of Wano, when Kaido and Big Mom are defeated, they’ll reunite with Rocks. Maybe even Blackbeard as well, if he decides to comes to Wano.

What if Kureha was doctor of Rocks Pirates? We know absolutely nothing from her past. She is mysterious. She has been alive to see Giant Warrior Pirates disband, maybe even form. She definality knew Roger personally. And she is pretty strong. Who is she?

So, thanks to some developments on Twitter by @Vulcan_d_artist and later touched on by Youtuber BDA Law there is a panel from Chapter 452 that seems to show a person wielding a Silver Axe, and someone who resembles Chinese origin standing next to Captain John.

So, Moria had access to 3 of the members of Rocks and now Blackbeard has reign over Moria...

It should be mentioned I believe most if not all of them got wiped by Oars, so Moria shouldn't even have the corpses anymore. And even if by some way he was capable of reconstituting them we know corpses don't really retain the original user's power or memories for the most part.

Remember how Bakkin's son Weevil claims he's Whitebeard's son? It's been revealed by Nekomamushi and Marco that she was formerly a pirate, and that she and Whitebeard were on the same ship once. Does that mean she was a member of Rox Pirates?

I had a theory that in addition to Poseidon and Uranus which controlled the Sea and The Sky (with the help of the ancient species' Sky Snakes and Sea Kings) that helped build the world,

there is a Ancient Weapon that controls the Earth, allowing one to terraform it. This could be Pluton, (Hades/Underworld). The Ancient Giants helped.

After the Government took control of the Earth Weapon. They built the Red Line with it and dedicated themselves to burying knowledge of the weapons. This explains the WGs motivations (stopping pirates from getting to Raftel). This Ancient Weapon is Im.

The revelations in 957 support this theory.

If it were the case that Roger had knowledge of the Ancient Weapons, he would be inclined to fight alongside Garp to stop it from getting into the hands of Rocks.

It also explains how the island of God Valley could have been created.

It also makes sense that Garp would fight to protect the Celestial Dragons, even though he doesn't like them. Their leader is an Ancient Wepaon and to allow Rocks to get it is unthinkable.