get into the roblox game "grand piece online" it cost around 250 robux i think and its an amazing game, its quite annoying when you're grinding but fun when you reach max level (even if you don't like roblox these are one of the few games i play solely because they're that fun) here's a quick starter guide: https://youtu.be/lSycI50OKJQ?t=106 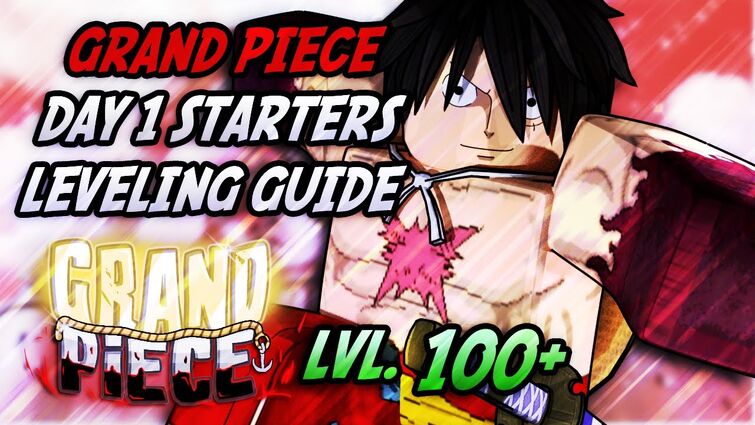 What are the pros and cons of living in Totto Land? The place has a bunch of buildings and stuff made out of food and it looks like a fun place to live. And Charlotte Lin Lin made the place where people of all races could live together. So what's really bad about it? 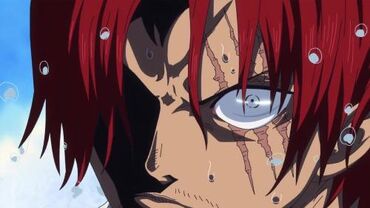 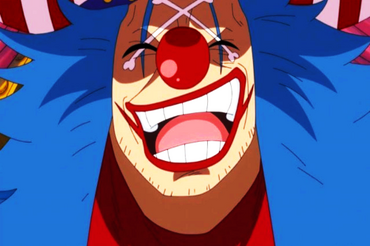 oda sensei sayed that Kikunojō is a guy

How do you become one of the 7 warlords of the sea or a Yonko? Please explain.

Do you guys think fujitora has future sight and that’s how he knew if the ball would land on black or white before it happened 🤔 or was he just lucky ?

Whats ur guys opinion on this ?

Im talking about this scene 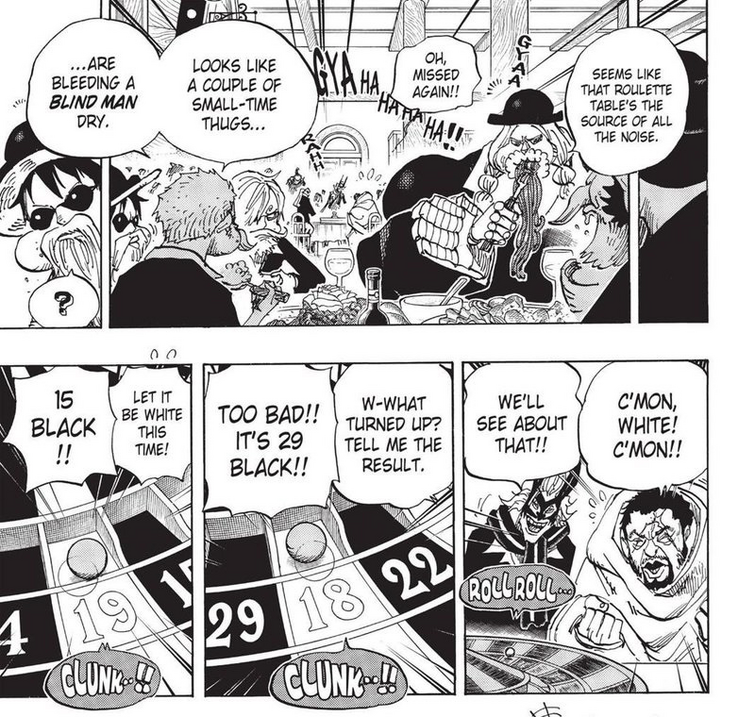 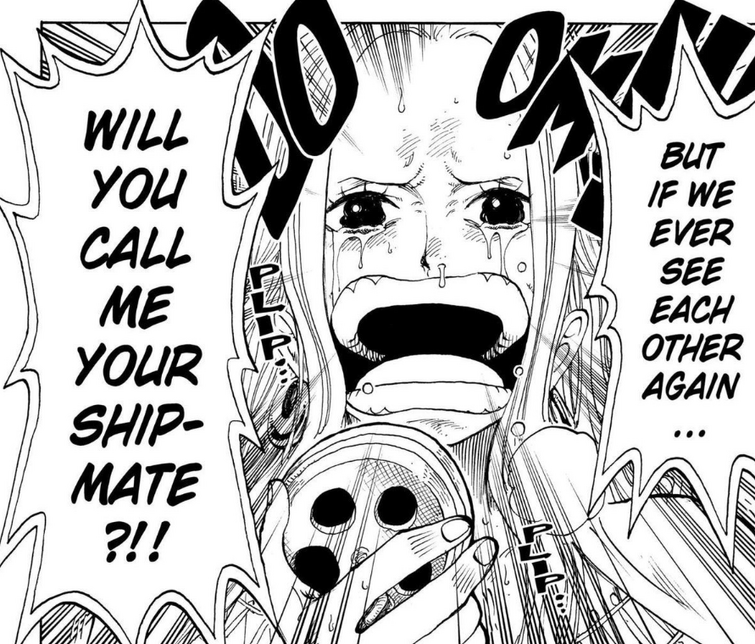 Meaning she's their crew when Vivi and one of the straw hats meet eachother of course.

Atleast specify shes temporarily leaving so I don't get confused

I would like to edit it but I'm not sure if she's a crew or not anymore.

If Gedatsu had mantra and, Chopper defeated him, does that mean Chopper will eventually develope haki? 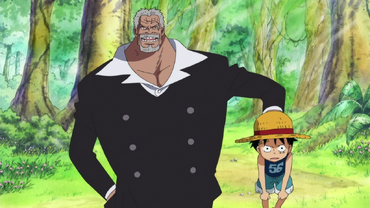 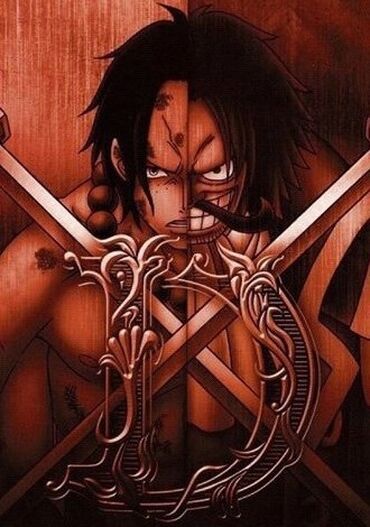 I just read OP magazine vol.1 and it confirmed that Reiju has devil fruit power (not reveal the name yet). But in her vivre card info there is not. So is it a mistake or she really does has devil fruit? We all know that her poison from Germa's science, right? 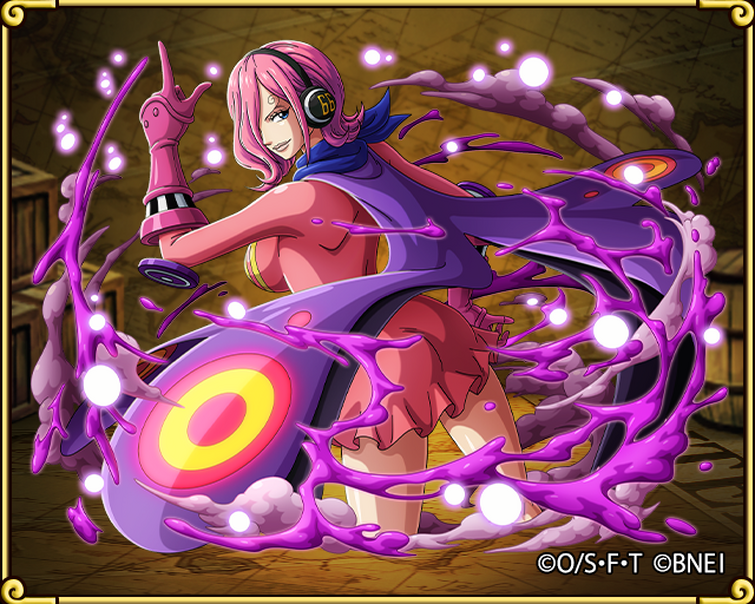 So I didn’t know this until just now but apparently Yasuie was like the only person in Ebisu who never ate a defective SMILE. There was a moment during his crucifixion where I thought he showed a bit of anger in his facial expression but I completely overlooked it.

When I watched it I had prior knowledge of Toko and the SMILEs so it was already heartbreaking to watch. But knowing that the reason Yasu smiled and acted the way he did was in order to emotionally support those who lost their ability to show negative emotions just has me shook. I’m not crying you are!😭😭

It's ranking time again. The story of OP is driven by the many mysteries of it's uncharted world, from the depth of the Blue Sea to above the clouds of Sky Ocean and beyond to the Moon. Here are the top 10 places that are yet to be fully explored.

The final island in the New World and holding the greatest treasure One Piece, Laugh Tale holds all the secrets of the world. At some point, Joy Boy came across an island, which would later be named Laugh Tale by Gol D. Roger, and left behind a treasure that would come to be known by the world as One Piece. The only way to reach this island is to have all 4 Road Poneglyph, making almost impossible to find the island itself.

Lost to the history, this great kingdom once was a powerful and higly advanced civilization. The kingdom itself thrived during the Void Century 800 years ago and was supposedly destroyed by the 20 kingdoms now known as the World Government. It's said that the 3 Ancient Weapons came from this kingdom. The true name of this Kingdom is yet to be known.

The moon has always been integral part of the story from the Kozuki Clans to the Minks tribe. There're total of 6 moons in which one of them having the ancient city called Birka also known as Fairy Vearth by the Skypieans. It was originally the home to Moon People, the ancestors of the Skypieans. The Moon People were shown to be highly civilized by their technology and architecture perhaps they have connection to the Great Kindom?

The legendary island in which the God Valley incident took place. Here the final battle between the combined effort of the marines led by Garp and the Rogers Pirates, against the Rocks pirates took place. The result of this event would give Garp the title of "Hero of the Marines". However the island ends up mysteriously vanishing, leaving no trace of existence. It is likely due to the Buster Call ordered by the Marines to cover up whatever secrets the island held.

Although it's well known as the capital of the World Gov, this place still holds many secrecy. This is also where the highest power of the World Gov the World Nobles and the Five Elders resides. But as the story portrays Imu being the true ruler of Marijoe. The Reverie is held here every 4 years, where the 20 nations of the World Gov gather. Somewhere within the Pangaea Castle of Marijoe holds a national treasure that could shake the world, as stated by Doflamingo.

The Florian Traingle, one of the biggest mysteries in OP. It's a stretch of sea between Water 7 and Fish-Man Island. Covered in dense fog blocking all sunlight, over 100 ships goes missing within it every year. But the real mystery of Florian Triangle are the 3 giant shadowy figures looming within the mist, perhaps they're the real reason that many ships and people disappear without a trace.

There's a point in ocean where all the blue seas connects and marine life of all 4 seas co-exist. It is truly an every chef's dream. It is only speculation if this legendary sea even exist, but many theories suggest that it is yet to exist through the destruction of the Red Line, connecting all the seas and destroying the Fish-Man Island in the process.

Considered to be the strongest nation in the world, which even the Marines feared. Elbaf is the kingdom where the giants inhabits said to be the strongest race as even Big Mom wants them as an ally. Much is yet to know about this kingdom, other than it's ruled by a monarch and it is suspected that the World Tree exist here.

Also known as the Judicial Island of the World Gov and the former HQ of CP9. After the events of the Water 7 saga, Enies Lobby was destroyed by Buster Call, however the island itself was still intact. But what makes this place into this list is the structure of the island and the environment surrounding it. The island is constantly shrouded in day-time even during the Aqua Laguna and the main land is suspended in mid air supported by thin bridge of land, under it is a large waterfall of void.

Although it's dubbed as a country, it's actually a construction site of a massive bridge. One of the least talked mystery of OP, but the bridge itself holds great importance as it was meant to connect 2 important places. Upon demand of the World Nobles, this huge project has been going on for 700 years since the early days of the WG. After the 2 year time-skip the slaves who were forced to work there were freed by the Revolutionary Army and it's currently unknown what happened to the place.

Note: There were few places almost made it to the list, like the moving Onigashima. Let me know if there're any other islands that deserved to be on the list.🗺