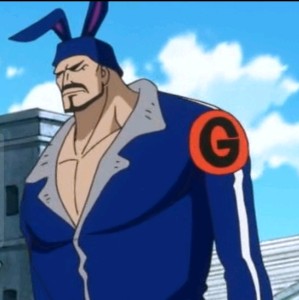 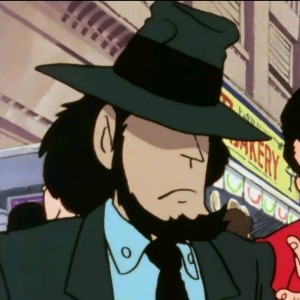 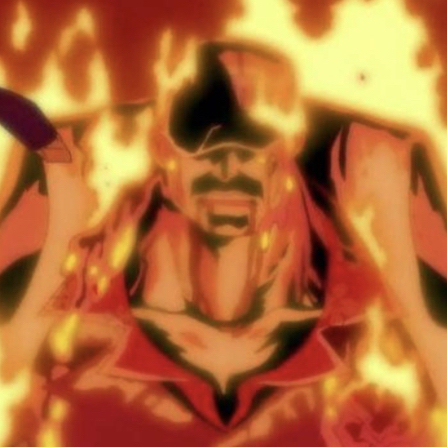 What I think has happened now is the Schichibukai who became Wanted again decided to align to Yonko (incl Luffy).

I think Mihawk showed up because of his ties to Zoro (hence the fighting baboon) , and Boa too (for Luffy).

There is also the thread of RA at Revery (Sabo dead?) So following that Drama, it is possible that Dragon came to Wano w Bonnie and Kuma and the Shichibukai will fight BM and Kaido ...

If Shanks and BB arrive then all Yonko would be present (incl Luffy) and most Shichibukai and Supernova too, making this Wano fight, truly, the Island of the Strongest.

Would you gain electro? I feel like the same could be said for a fishman devil fruit(which would be useless btw) what do you think?

You all remember the prediction that luffy will destroy fishman island. It’s true. The one piece will somehow destroy the red line and finally bring all the seas to one sea, the all blue. toppling the holy land and crushing fishman island underneath it. Forcing the fish folk to live above ground, like they’ve wanted to all along. I’ve heard this theory before and maybe it’s been posted before, but I thought I’d share my thoughts on how the prediction that luffy will destroy the island will come to fruition.

Luffy will probably fight kaido this is my official! prediction along with drake, kidd and law and one of them will die

King's face will be revealed before his big fight

First of all we should get back to doflamingo arc , when straw hats and their alliance defeated him All straw hats members and alliance members got an increase of 50M and for the main participants they got a 100M boost (luffy and law) , in WHOLE CAKE ISLAND ARC they increased Sanjis bounty with 150M who wasn’t the main attacker and 1B to the main attacker whois luffy, which shows that defeating a warlord in the new world can lead you to a 50M/100M boost and just attacking a yonko can lead you to a 1B boost and ur crew to a 150M boost , so logically in wano arc , we can predict all their bounties according to their roles starting with the main trio Law Luffy and kid , the news will hit the new world after wano arc about the worst generation actions against two yonkos and i don’t think that luffy will get the main role here alone , So i guess all the three of them Will get a 1B after that fight , Luffy bounty will increase to 2.5B , law to 1.5B and kid to 1.4B ( we just added a billion to each one)

Next are the members of their crew starting with strawhats , 150M boost to each member except Zoro Sanji and Jimbei Robin why ? Starting with zoro who will probably defeat king and sanji who will defeat queen , back to wci arc defeating the first commander leads u to a boost of 1B so zoros bounty might increase to 1.3B keeping in mind his supernova title will play a huge role for that , Sanji even in case he defeated queen he won’t get the same boost due to Jimbei presence, Currently both of them are running together So if they faced queen together i can predict that both of them will get a boost of 500M so their final bounties after wano would be 938M for jimbei and 830M for Sanji , Now Robin , even if robin didn’t get involved in any serious fighy she still perform a huge threat to the World gouvernement and thats what the bounties are based on , Bounties don’t show the strength, they are based on the threat you show against the WG , There are two poneglyph in wano and when robin will find them and read them, The crew will discover so many hidden informations something that the WG wouldn’t like and knowing that Robin is there , im sure that her bounty will get a massive boost ,So her Bounty will increase to Around 530M , The rest of the Crew will get 150M If not less , For the rest of the supernovas , i highly doubt that apoo will get any new bounty he’s currently in the wrong side and he will end up getting defeated alongside with them unlike Hawkins even if he’s currently with them he’s smart enough to switch sides in the right time keeping in mind his DF ability is the main factor So his bounty might get a 300M boost due to his title as a supernova so his bounty will be 620M if not less , For X drake who is an ally now to strawhats he will get the same boost just like Hawkins since he won’t really play any big role so 522M is more than enough for him , For killer who plays the same role as zoro in kid pirates , he might get a boost of 150M just like strawhats leading him to a bounty of 350M , Those are all the supernovas in wano , outside wano , while the war is about to began in wano , Reverie is over and the things That happened there are just as dangerous as wano Since all revolutionary commanders were there alongside with the worst generation member : jewelry bonney , in the newspapers Where luffy got 1.5B we’ve seen bonney pic in the back , So her bounty will sure get increased due to her last actions and her relationship Revealing to kuma , her current bounty is 140M but she will get a huge boost since she attacked the center of the WG and probably escaped alive , her bounty might hit the 440M , Back to the beginning of the WCI arc they mentioned that urouge whois also a supernova defeated snack (a sweet commander with a bounty of 600M) so his bounty might increase to 408M if not less 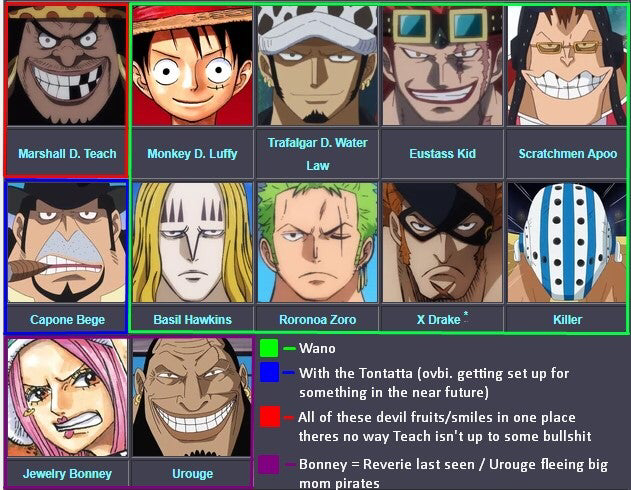 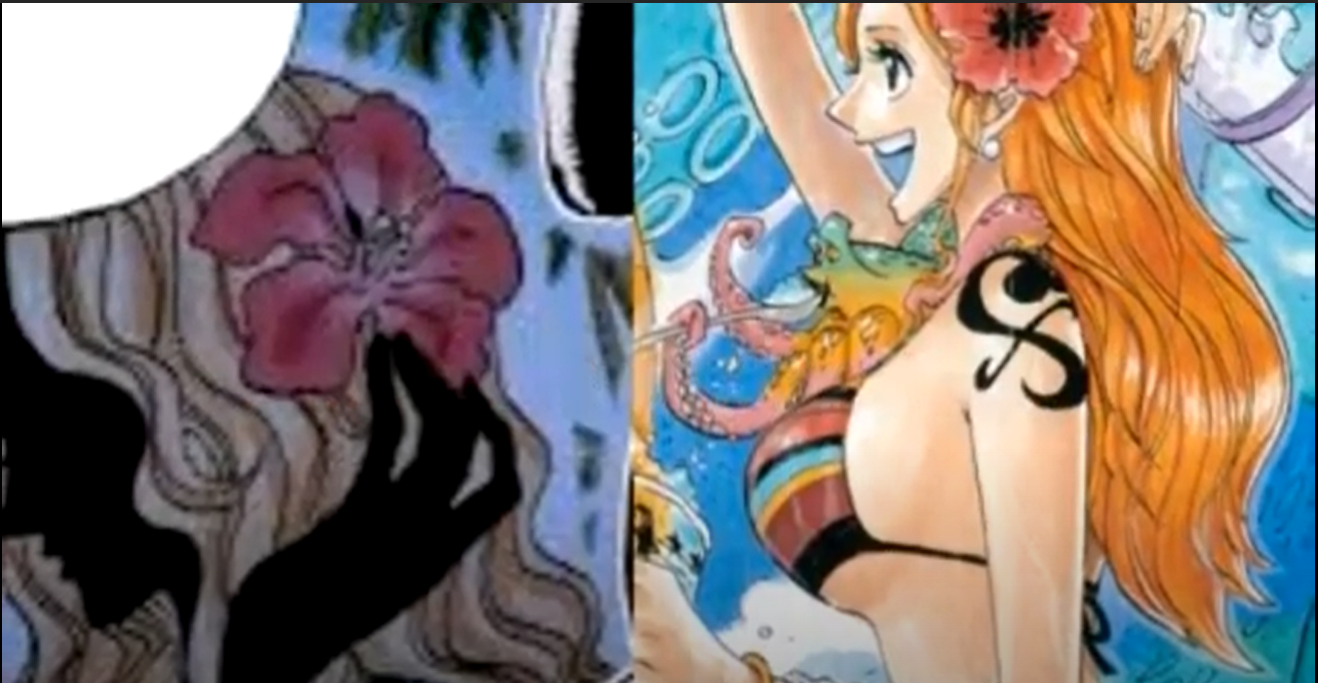 Huh.... well the similarities between Nami and Rouge keep mounting... I think Oda lied about something or Nami is Ace's sister... somehow?

At this rate its looking like the OP-verse is an infinite groundhog loop where destiny plays out every so often with new players in the same roles and paths as the last generation.

Also if Ace was a girl they wanted the name to be Ann... (https://onepiece.fandom.com/wiki/Ann_(Romance_Dawn) ) the name the Nami prototype had.

Okay, I am curious... what do you all think will happen at the end of one piece because as of right now only 2 people know and one of them is dead.

I think luffy will become king, start a new era for the pirates, I think he might kill or change Blackbeard’s view on things. I also think this new era will unite the navy and pirates allowing a world to be free to roam to sea, since as of now the navy is more corrupt than anything else in the show.

As we've seen before, most cover stories end up having some impact in the main storyline, some more than others.

What do yout think it will happen after Bege's cover story? In the last chapter we've seen Lola and Gotti's wedding, so maybe that will have some impact in the Elbaf arc, since Lola was originally supposed to marry Prince Loki. And even though it was just a political marriage, it seems like he really wanted Lola, even rejecting Chiffon who was offered in her place.

Personally i believe bonnie to be related to akainu in a way...

Daughter as in....the way akainu addressed her after taking her from blackbeard {he soundes like a worried dad in his own way tho - and her response was like a rebellious child} ...

Spy as in... What if bonnie is actually a spy for akainu to either topple WG or the pirates.{we dont know his actual goal} Cuz escaping from akainu doesn't look like a easy feat and also oda disnt show his reaction on her escape...maybe he actually let her go.

And also why did akainu come in person if shes not important enough.

Now we see her at the reverie... Which is the last place a recently escaped Pirate would show up at.. Probably on a mission

What are your thoughts...{sorry for the length}

Almost every member from the Worst Generation has had a major role in the story so far, with the exception of Urouge and Bonney who got nothing but a few cameos.

I think it's safe to assume they will get the spotlight soon, but when/how do you think it will be?

Bonney was involved in the Levely, so we'll probably see what she's up to whenever we see the Revolutionary Army again (maybe she allies with them after helping save Kuma?)

As for Urouge, what's his endpoint? In which arc will he get his deserved spotlight? will he be an ally or a foe?

Do u guys think that the last war arc in one piece is going to be better than marineford because of the animation other things like haki will be more noticeable or do u think marineford is too good and more iconic.

Is it confirmed that that he doesn't have it or not confirmed to have. They are different things. Maybe he has it but didn't bother to use.

Maybe after the Timeskip, Sanji learned how to use Death Wink like from Ivankov, but keeps that eye hidden for maybe a big reveal(Possibly Wano). 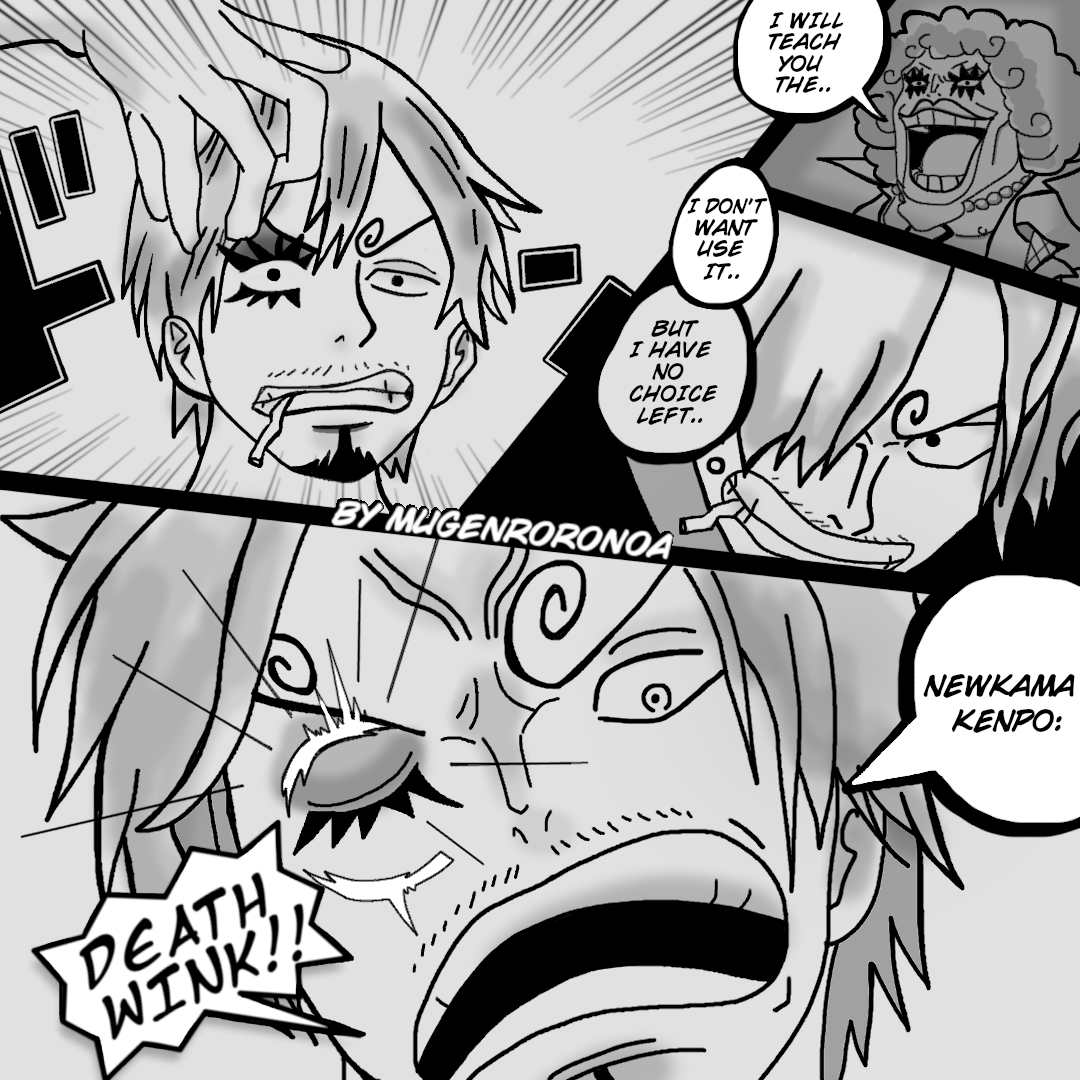 but I like to think he covered his right eye with his hair because his left eye never saw any of the okamas during Momoiro Island(Kingdom of Okamas), while his right eye only saw the living hell he endured for 2 years.

If he had kept the same hairstyle the same way as before the time skip, I feel like Sanji would always see Vietnam War flashbacks of okamas chasing towards him(although hallucinations don't work like that, you get my point hopefully.)

The people who have D are the people from the enemy of world government.

Anyone else a bit confused about momos D? It's pretty much the same as kaidos, it's only small because he's a child but kaido dragon form is so big but he's also huge as a human, I'd love to know more about that fruit it is and what makes it different from kaidos, he has potential to be on par with kaido in my opinion.

Not a theory or anything, would just like to hear other people's opinion on this 😊

What are your rough predictions regarding the current bounties of some of the following ppl?

IF Yamato joins the Strawhats, where do you think would she ranks in power based on current feats?

I think she'd be the 4th strongest, above sanji and below Jinbei

If you’re not caught up to the manga this could spoil your experience. It’s just a theory but it does contain spoilers.

I personally am in the camp that Orochi is not dead. I feel like his DF will give him the power to revive himself.

Now that we’ve met Yamato and that he views himself as Oden I think a fight between the 2 would be hilarious!

Yamato spouting “I am Kozuki Oden” and Orochi having PTSD while he fights he arguing that he isn’t.

Anyways long rant/opinion/theory. Let me know what you think. I could be wrong but I think the stage is set perfectly 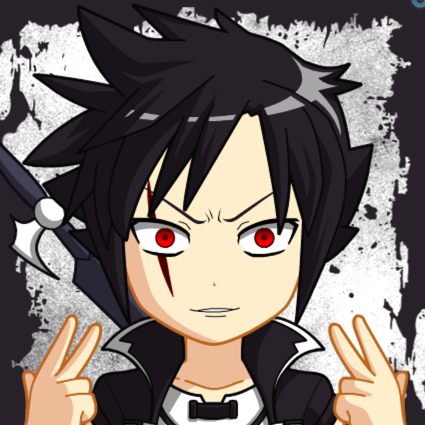 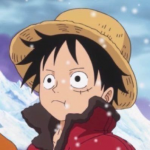 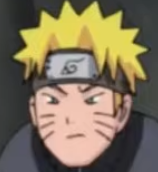 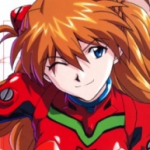 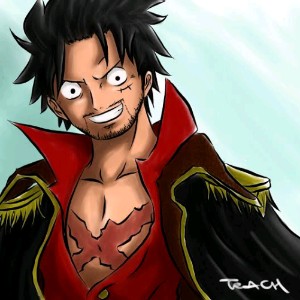 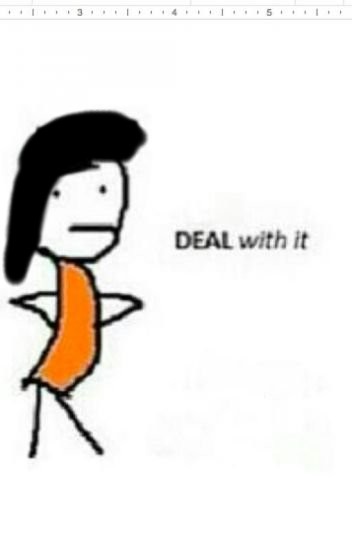 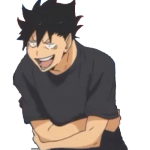 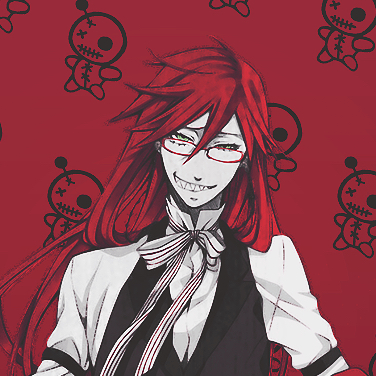 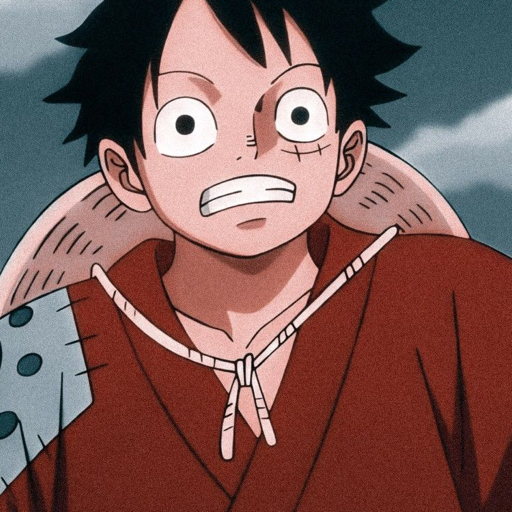 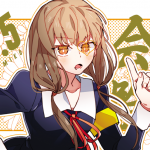 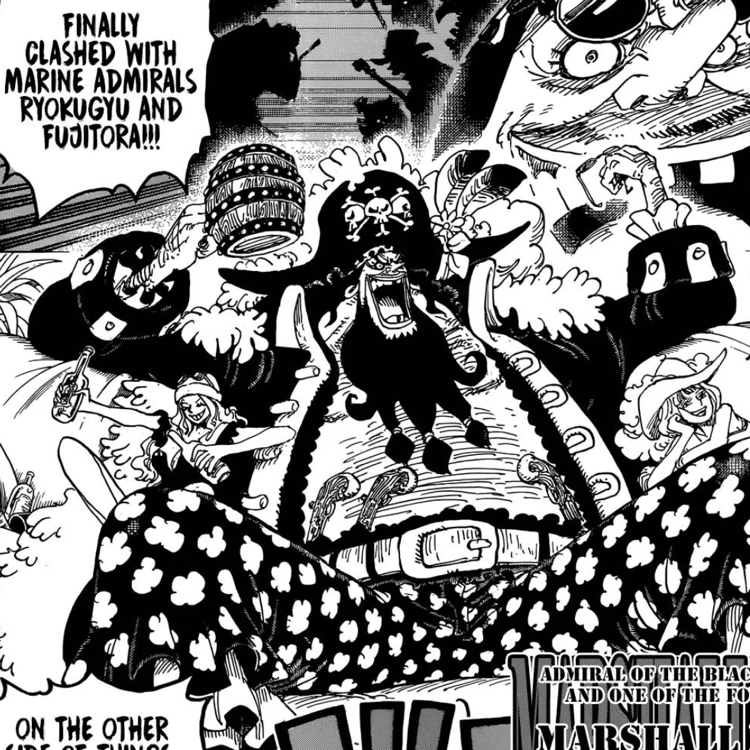 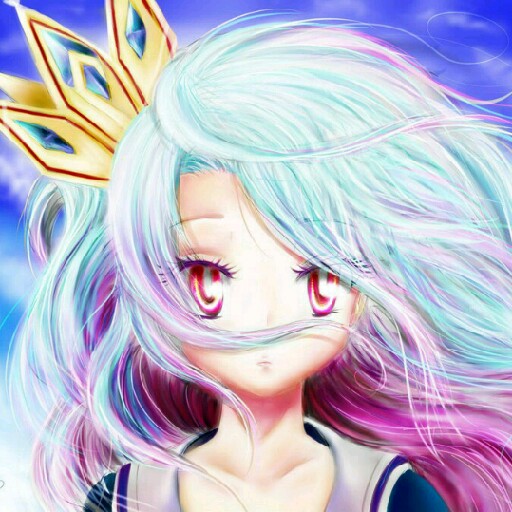 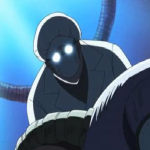