The Crewmates' Whereabouts
The Giant Gravestone and Panties of Gratitude

The Crew's Whereabouts! A Huge Tomb and the Panty Debt!

"The Crewmates' Whereabouts - The Giant Gravestone and Panties of Gratitude" is the 456th episode of the One Piece anime.

While heading to the sea to return to the Sabaody Archipelago, Zoro and Perona stumble upon an enormous tombstone. Brook decides he has to wait to find Luffy and the others until he can fulfill his debt to the people of Harahettania. 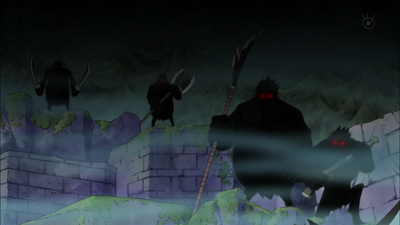 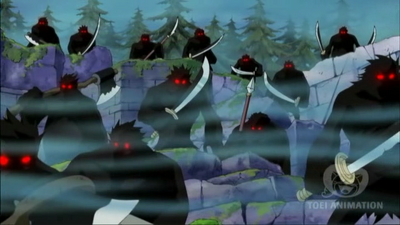 Retrieved from "https://onepiece.fandom.com/wiki/Episode_456?oldid=1741560"
Community content is available under CC-BY-SA unless otherwise noted.