This series is entirely dedicated to Tony Tony Chopper. Each part comes by a set of 3 little figures showing Chopper in some poses.

The term ready-made (組立式 Kumitate Shiki) means that no paint application but minor assembly is required. 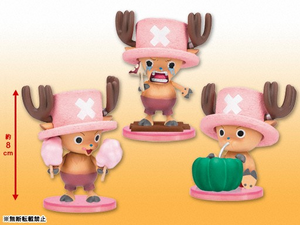 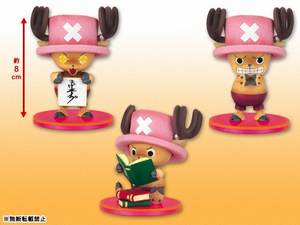 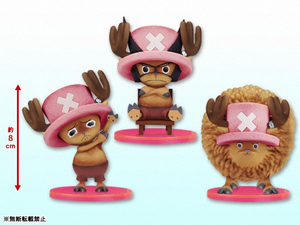 ワンピース チョッパー組立式DXフィギュア～ランブルボール～
Released late November 2009 to celebrate the 10th anniversary of the anime. Although this figure is part of the more global DX line, its small size (8 cm tall without the antlers) makes it more like an extension of the regular Chopper Kumitate Shiki figure line. 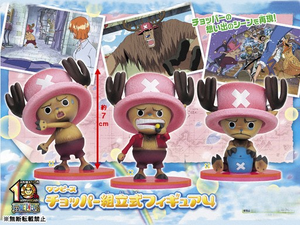 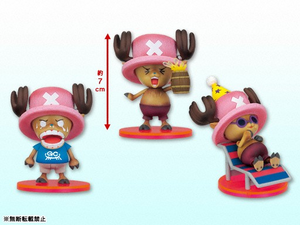