The One Piece Ready-Made Figure Collection ~Straw Hat Pirates~ series has spanned through 3 sets of 3 figures. This series has been released by Banpresto for gaming centers, to be grabbed in UFO catchers, between July and September 2009, one set per month. It's been released to celebrate the 10th anniversary of the animated version of One Piece.

On the boxes, additionally to the Japanese title (ワンピース 組立式フィギュアコレクション ~麦わら海賊団~) shown at the bottom of the front face, there is also an equivalent English title written vertically and broken into 2 parts: ONE PIECE on the right, and LUFFY PIRATES on the left. E-shops listed this series under unrelated references like One Piece Knockdown Figure Collection, probably following a mistranslation of Kumitate Shiki, which should be translated as ready-made or pre-assembled, meaning that no paint application but minor assembly is required.

This volume, released in July 2009, contains Luffy, Robin and Franky. 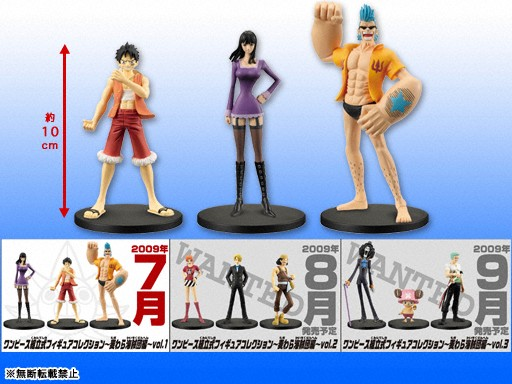 This volume, released in August 2009, contains Usopp, Sanji and Nami. 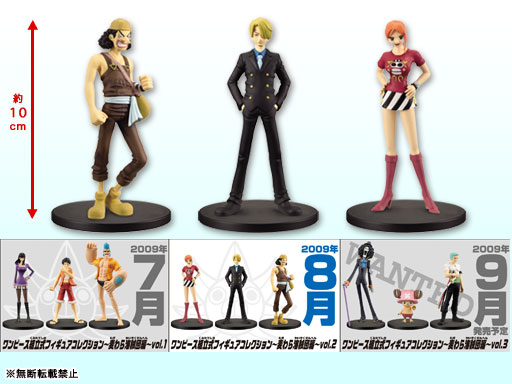 This volume, released in September 2009, contains Zoro, Chopper and Brook. 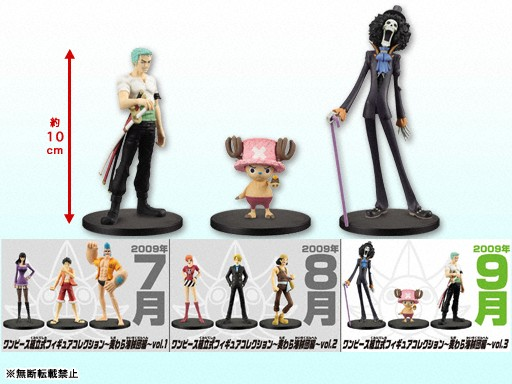