This diorama, released by Bandai on early August 2010, consists of 6 parts with 1 or 2 mini-figures each, for a total of 9 figures. Each part can work as an entity by itself, but they can also be combined to form a big Chopper robot of 20 cm high.

Each part, sold at a price of ￥380 (￥399 with Japanese taxes), represents a vehicle: 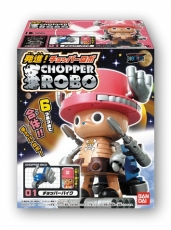 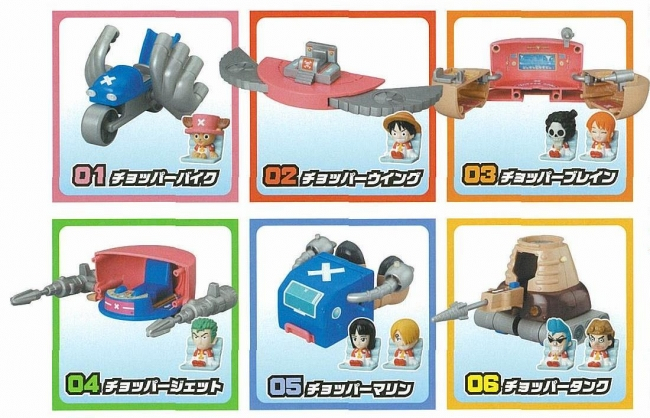 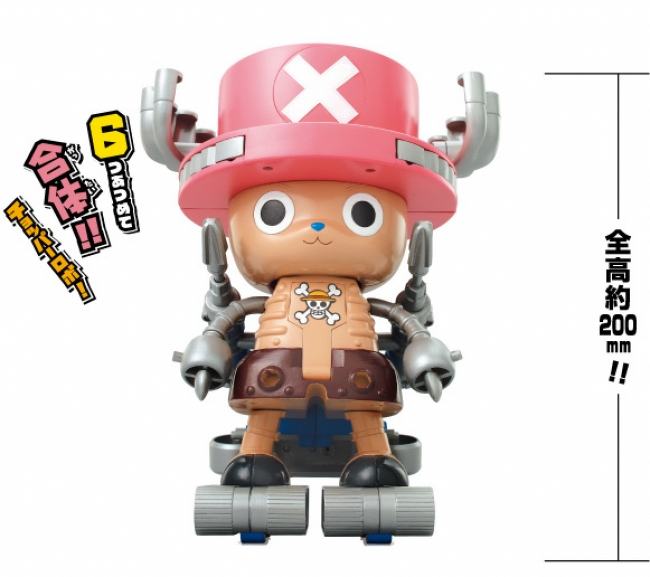 Retrieved from "https://onepiece.fandom.com/wiki/Take_Off!_Chopper_Robo?oldid=1008672"
Community content is available under CC-BY-SA unless otherwise noted.