Since Gazelleman is probably an alias so is he. Gazelleman might have revealed his name as translated by JB, but not MS nor VIZ. JB stated that the name was a reference to a swift deity, fitting his speed. Both the Korean and Chinese raws have to name, and I don't have access to the Japanese raw to make sure. It is best to not edit and undo and the Japanese raw shouldn't be long. Let's wait just a bit more. Rhavkin (talk) 10:29, August 21, 2018 (UTC)

So you honestly believe his parents called him "Batman", and he happened to have eaten a bat SMILE, and happened to be in the same crew with another individual with the same conditions (with gazelle instead of bat) and the crew name is coincidentally "Beasts pirates"? 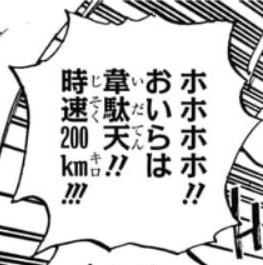 Given the Viz translation, Idaten does not seem to be his name. You can't really argue that Batman and Gazelleman are too silly to be actual names because all of the non-Supernova headliners are named after card games yet we treat those like we would any other name. Since this is a work of fiction Oda can give people specifically themed names without any real issue. Kaido King of the Beasts (talk) 20:49, August 21, 2018 (UTC)

Retrieved from "https://onepiece.fandom.com/wiki/Talk:Batman?oldid=1523602"
Community content is available under CC-BY-SA unless otherwise noted.