Okay, I just wanna make a point: this island is NOT the same one the Blackbeard Pirates rested while they were trying to trade the Bonney Pirates for a Marine battleship. They may look similar due to the burning, but the fence is NOT around the one Blackbeard visited, and the building structure within is also different. So let's wait for any new chapters to come out before diving into that point, unless someone can compare the currently available images and determine it as a fact, as in Raijin Island. Yata Talk to me 07:20, February 4, 2012 (UTC)

Punk Hazard may be the island that once was Vegapunk's laboratory or some kind of, testing industry.

Speculations would be best on a blog or in the forum, its prob. best to treat this island like we've never seen it before unless otherwise stated that we have seen it. :-/ One-Winged Hawk 23:28, February 5, 2012 (UTC)

Just say that three guys in hazmat suits who seem to be from the island gassed Thousand Sunny and took the Straw Hats on board hostage save for Brook.DancePowderer Talk 21:33, February 8, 2012 (UTC) 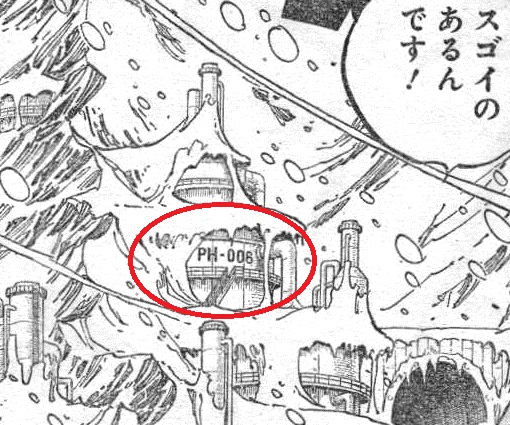 Quit changing the name of the Burning Lands and Ice Lands. Scanlations are not official. SeaTerror 15:43, May 28, 2012 (UTC)

I may be wrong but if memory serves all of Caesar's subordinates defected after realizing he used them. It wasn't just Brownbeard.

In other words, we should consider changing the table, leaving only Ceasar, the yeti brothers and the dragon (which I think is dead) as active "members" of CC's organization and put everybody else under "Former".

Further, wouldn't it make more sense to have 4 pictures in a row instead of 5 to avoid empty cells?

Actually we will have to put the Dragon on the former members section cause it's dead so we will only have 3 active people so we will keep the 5 pictures in a row since 3 pics in a row won't look good at all.Also please take this conversation [[Template_talk:Caesar_Clown%27s_Organization_Gallery|here.]]  Staw-Hat Luffy  Talk  13:06, April 28, 2013 (UTC)

Retrieved from "https://onepiece.fandom.com/wiki/Talk:Punk_Hazard?oldid=1664199"
Community content is available under CC-BY-SA unless otherwise noted.