Shouldn't it be worth mentioning that under his abilities & powers that he emerged unharmed and uninjured after the war, as another testament to his power?A Wikia Helper 19:35, February 22, 2011 (UTC)

The picture in the page that says "Rakuyo's chain-chomp biting Kizaru", is it just showing Kizaru shooting beams or the problem is about my PC? Can someone change it with the moment that chain chomp bites or a gif.? Whiskey Talk 15:16, April 8, 2011 (UTC)

No, it for the most part shows Kizaru shooting his lasers. There is only a brief instant showing Rakuyo's weapon going through Kizaru. It needs to be fixed.DancePowderer Talk 17:20, April 8, 2011 (UTC)

When I immediately saw Rakuyo's flail I immediately thought of a chain chomp from the Super Mario Bros. videogame series. I think the resemblance is quite striking, should it be added as trivia? 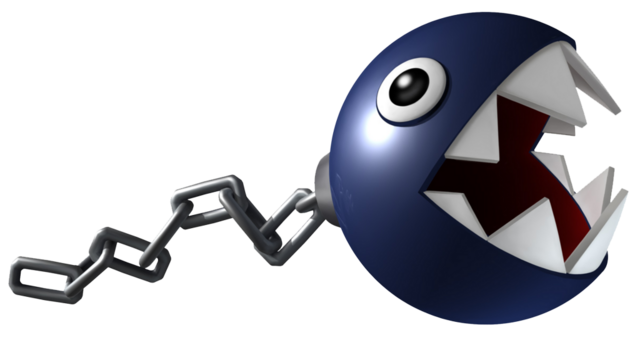 Retrieved from "https://onepiece.fandom.com/wiki/Talk:Rakuyo?oldid=1210758"
Community content is available under CC-BY-SA unless otherwise noted.