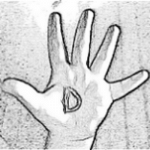 Hi, I'm cdavymatias, a great fan of One Piece.

My history with One Piece Edit

I started watching the One Piece anime in 2003 when it started broadcasting in Spain when I was a little boy, watching from Episode 1 in the Romance Dawn Arc to Episode 102 at the beginning of the Alabasta Arc, aired in 2005.
After that, it started broadcasting on a pay channel, so during that time I saw episodes of the anime on television when it started broadcasting in Basque. Although I did not follow the plot where I left it until 2011, when it was broadcast again in Spanish on an open channel, seeing from where I left it in Alabasta until the end of the Skypiea Arc.
Although the episodes were aired afterwards, I wanted to continue with the story, and I began to see the anime in Japanese from the Long Ring Long Land Arc (I missed the G-8 Arc because it was filler, but later I saw it, when it was broadcast in Spanish). When I started watching the anime in Japanese, what really surprised me was the voice of Luffy, since being a 17-year-old boy, I found it strange to hear him with a somewhat high-pitched voice from a 10-year-old boy (in Spanish he has a voice more than a "teenager"), although after a few episodes, I got used to it. However, I was annoyed by the voices of many female characters who had a too squeaky voice, and I even got irritating when they spoke loudly, which is something that also bothered because as with many animes in the Japanese version, It seemed to me that the characters were screaming too much.
I continued watching the anime until the end of the Impel Down Arc, and after finishing it I saw the films made until that moment. And when I got to the Marineford Arc, I started reading the manga (at that time the manga was going through the Fish-Man Island Arc).
And I'm still here, reading the manga chapters every week, watching the anime when there are special episodes or filler arcs, and watching the movies when there's a new one.

Note: Roll over the characters to identify the species

Seven Warlords of the Sea Edit

Retrieved from "https://onepiece.fandom.com/wiki/User:Cdavymatias?oldid=1669901"
Community content is available under CC-BY-SA unless otherwise noted.