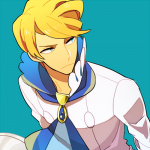 Hey whats up this is mejiaj1, I am a big one piece fan (maybe the only one in my school but whatever). My 3 favorite characters in One piec is Sanji, Luffy, and Rob Lucci. My favorite arcs in one piece is the Cp9 arc and the marineford arc.If I were to copy any fighting style from any character it would be Sanji, because he use his legs for fighting and doesn't like to fight with his arm. Which is pretty same thing how I feel and also I want to become a chef.

Listen up... you can pour drinks on me,you can throw food at me...you can even spit on me.I'll just laugh that stuff off.But... Good reason or not... Nobody hurts a friend of mine!-Shanks

Favorite quote on this wiki

Edits are just numbers,thier worth is not even equal to toliet paper. Why you edit then?You edit because you want to part of something and enjoy it without expecting any rewards. The art of turning this stressful task into a fun game is called EDIT WHORING.

My dreams in the future:

1.To become a proffesional chef

2. to make a huge feast for my friends.

3.to become the best chef in the world

Anime/Manga that i watch:

Retrieved from "https://onepiece.fandom.com/wiki/User:Mejiaj1?oldid=1394731"
Community content is available under CC-BY-SA unless otherwise noted.