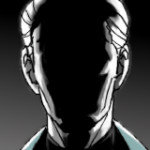 Hey Kage. Thanks for the heads up. I can clean those up today. You can do them if you like, but I will get to them tonight if it isn't super urgent. I'm just glad someone saw my draft pages! I have gotten away from making them, but I might start up again if I get the time. Thanks again. Montblanc Noland :: Talk 19:51, August 12, 2016 (UTC)

Hi Awaikage, all those heights are from One Piece Onoban....they where translated by my friend in one of oda's promotions. though I don't have any proof....

You can revert those changes as you see fit, I provided them just In case someone is interested about them MujinTengu (talk) 13:37, August 25, 2016 (UTC)

Here is What I was given with:

This is an incomplete list of character heights.It is not yet translated completely and thus have some inaccuracies (I edited some as they were translated wrong, there may be more)It is a long list, so....Enjoy! One Piece Character Heights:

If it ain't broken, don't fix it

Oh okay, I didn't know about that and will adhere to it. Sorry about it, usually in some wiki's they only use the most current source instead or wherever. Dragonquiz (talk) 21:34, September 12, 2016 (UTC)

Hi, I'm an admin of the French wiki, and I saw that you had imported this file: File:Slider-Special.png - you can do this for french wiki? If so, can you make with this picture: [1] ?

Thank you in advance Mihawk

1. "Also, "enraged army" is a description, not a specific named group." Are you sure it's just a description? How about we wait for the official release of this chapter or wait for future chapters to confirm if it's an actual name.

2. "And we're not going to clutter gallery templates with a dozen random no-names." Why? You didn't have any problems with people adding images of characters with unknown names before. Why now?

Maybe they seem unimportant to you, but they stick out like a sore thumb. Most other members we see are just foot soldier we see throughout the Totto Land Arc. Plus, the description from the dialogue of chapter 845 describes them as "heavyweights" implying they are prominent members of the Big Mom Pirates and are very strong. How could they be not important? Alpha Omega Plus (talk) 00:30, November 5, 2016 (UTC)

"The only ones to get a real focus right now are the ones in the front, who're all named." You mean unamed, right? Because you didn't say that before, but I agree to wait. However, I still have a problem with what you said about enraged army being just a description, not name, that tells us what it exactly means. The thing is an adjective can still be used as apart of name for a group and is true to its name. Just look up Defiant Dragons from "Phoenix Wright: Ace Attorney: Spirit of Justice" you see what I mean. Alpha Omega Plus (talk) 03:38, November 6, 2016 (UTC)

Oh, wait you mean't Bobbin, Amadene, Mont-d'Or, Gallete, and Opera. Nevermind. However, but why are there still images of random of members of Big Mom's crew, who are most likely background characters, in the Big Mom Pirates' template? I tried to remove them, but it's been undo by someone. Alpha Omega Plus (talk) 03:49, November 6, 2016 (UTC)

Okay, far enough. Most of those members in the template will likely be nameless and may not be important. And army we seem mostly consists of the Big Moom Pirates' foot soldiers. Maybe they're elite troops due to their uniforms resemble more of the bishop, rook, and knight from chess, but other than that, will see in the next chapters.Alpha Omega Plus (talk) 00:22, November 7, 2016 (UTC)

Since we changed name to the OP Encyclopedia, quite a few of these pages either don't work or aren't renamed at all. You want to tell Sock to fix his mess again or should I again?

Hey, it seems the Big Mom Pirates' army has to have an actual name. They're called the "Chess Barbarian Army". However, it's not quoted for some reason. Also, members that appeared from the last chapter are shown here and undefeated. The only ones were taking about were the grunts. Do you still want me not to the edit the template and add new images? Alpha Omega Plus (talk) 17:18, November 17, 2016 (UTC)

I guess it's possilbe the grunts could be reffered to as the Chess Barberian Army, if Mont-d'Or wasn't reffering himself to be apart. However, what about the others? They seem to be important because Luffy was able to beat them. Also, how do we know if the grunts are homies? Sorry, but I find your statements a bit iffy. Alpha Omega Plus (talk) 20:34, November 17, 2016 (UTC)

On another note since the page is locked down, I need you to add the Viz title which is similar but slightly different to the Japanese title which is "Tamago Security" as I just got their new Weekly Shonen Jump and checked it right away. -Adv193 (talk) 18:39, November 21, 2016 (UTC)

If we're basing itloosely off of crème anglaise, a French term, then his name should be spelled Anglais. Dragonus Nesha (talk) 18:22, December 1, 2016 (UTC)

hi my name is danial and im HUGE fan of one piece .i know one piece has translated to over 30 languages and i want to translate it to my language so my people can enjoy and learn from it like i do  . so in order to do that i want to get permission and ive tried so hard to make contact with VIZ but they dont reply. i want to know if you can help me like knowing someone or giving me an email address  or something sorry for troubling you and tnx

The Forum link on the navigation redirects to the Discussions page. I wanna know if this was intentional or what Meshack (talk) 21:53, December 27, 2016 (UTC)

Hi there, I reopened the forum on Discord, this time, suggesting to close it down. I'd like to have your opinion on the whole thing, as an admin, so if you have time, could you please post on it? Thanks, either way! Jademing (talk) 21:17, March 6, 2017 (UTC)

Hello. I wanted to add the Firetank Portrait to the gallery but it is still protected since the Grand Fleet debate. I asked Yatanogarasu to help me but still, isn't it time to remove the protection now that the main reason for it has resolved itself? Rhavkin (talk) 12:40, March 9, 2017 (UTC)

Actually we do. The New Fishman Pirates and Flying Pirates are still listed as allies (but with a "former" sigh like I suspect we'll use on the Firetank Pirates after this arc), as well as the Kid Pirates, Hawkins Pirates and On-Air Pirates (with an "unknown" and "former" sighs), and the Silver Alliance. Rhavkin (talk) 15:20, March 9, 2017 (UTC)

Hody and Vander Decken shook hands the day of their attack. That official alliance has lasted far less the a day. As for the Impel Down crew, it was agreed that because it was only Luffy and not the entire crew it shouldn't count (personally, I say add it but that just me). Since I doubt either of us can persuade the other, I'll open a discussion on the template talk page. Now please, I talked to you about removing the protection on the template, and you hadn't commented about it at all. Rhavkin (talk) 16:49, March 9, 2017 (UTC)

Hello! So I was editing Mr. Beans's page and I see that he is in the Assassins category. Is there any source for this? I checked the data files (though the one I found was in italian and I used google translate for it) and there was no mention of him being an assassin.

If there is no source for him being called assassin, shouldn't he be removed from the Assassin category? As far as I know, the guys in Whiskey Peak were Bounty Hunters.

Hey Kage would you be kind enough to restore the comments of the last blog? Rhavkin and I had a debate on fan service of One Piece and i dont think we were disrespectful or insulting towards each other in a single comment. We were just disagreeing on the matter which is something that is not worth deleting acording to rules.

Hi, how did you take the screenshot of File:Vinsmoke Reiju Anime Infobox.png? There was a text box in the way. I'd like to know for future reference. leviathan_89 12:47, 23 April, 2017 (UTC)

Dear Awaikage, given that it has been more than 17 years since the anime started and I do not know how to make a Navbox would not now be the right time to create standalone Navboxs for the various movies, specials, OVAs and non-canon(filler) arcs for One Piece considering that the MSchar Navibox is to big to understand.

Hi ! First, sorry for my english, I'm french so it's not perfect... I saw that you chaged all the "Linlin" of the Big Mom's page and replaced them with "Big Mom" but I don't understand why ?... Linlin is her real name, so why changing it with her epithet ?

Those exact engels from the manga ware accepted when Chapter 827 was released. The quality of Diesel's and Randolph's are good and Amanda's is indeed worse but that is the only one we got. The only time a portrait from the manga is used instead of anime is:

The fact that they are shadowed shouldn't be taken into consideration unless it's from the same media. Rhavkin (talk) 13:23, April 30, 2017 (UTC)

I would appreciate an actual example from a similar case. Anyway, if it's "Visibility comes first, regardless of media" then it should be noted in One Piece Wiki:Guidebook/Image Guidelines#Image Replacement. It does say "better" but its seem to be related to 'quality' other then 'detailed'. Rhavkin (talk) 16:54, April 30, 2017 (UTC)

Hello. I wanted to subcategorize Category:Flashback Introduction by Characters, Location, Groups, and any other subcategories like Devil Fruits and Ships. I also planed to do the same for the Category:Mentioned Only. Unfortunately, I misspelled a category name and everything had to be rolled back by User:AuroraOfDeath who suggested I asked a bot to help my further attempts. I don't know if this is the way to ask a bot's help but your's seems to be the most recent activated, so I figured I'll ask you first. Thank you in advance. Rhavkin (talk) 10:45, May 28, 2017 (UTC)

Thank you again, and not to be rude, but would the Category:Mentioned Only subcategorizing in the works or was decided to not be needed? Rhavkin (talk) 16:56, May 28, 2017 (UTC)

Awaikage the references that cover the latter part of Solo Journey of Jinbe, Knight of the Sea, From the Decks of the World: The 500,000,000 Man Arc and The Stories of the Self-Proclaimed Straw Hat Grand Fleet when using the reference code cover only reference the chapter not the cover story please help or at least tell how to do it for the future.--Robertg27 (talk) 08:56, June 8, 2017 (UTC)

Awaikage it has been almost two weeks since your last message and I tried leaving a message on Leviathan 89's talk page but no luck could you please talk to Leviathan 89, also no one has done anything about the new chapter yet.--Robertg27 (talk) 22:59, June 22, 2017 (UTC)

Retrieved from "https://onepiece.fandom.com/wiki/User_talk:Awaikage?oldid=1428455"
Community content is available under CC-BY-SA unless otherwise noted.