A bowl of scouse XD

I know that Christmas is not here for us cause .. .. .. NO BERSERK CHAPTER YET T^T

Hey Besty, how are things here? It's been a while since the last time I visited and I've noticed that the chatroom is not as active as usual.

but your profile info says otherwise ( >_>) .. still, THANKS YOU FOR THE AWESOME NEWS!!

Can I explain to you why I removed some sentence? There are three different reasons, one for each phrase, and they're very logic, but you seems to ignore it "because the more is the better".

Do you think that the last sentence is useful like the first two? No, because you know nothing about John Smith. We know nothing about Shiliew's stength. So stop undoing my edits. --Meganoide (talk) 19:34, February 14, 2014 (UTC)

ME causing the edit warring? Ahah! I explained my reasons just over here. And you? You are only undoing my edits wihout a real cause. Just explain to me what do you learn about Magellan's strength with those sentence. I suggest you to answer "nothing. your' re right Meganoide". PS you said I'm an idiot. I'll ask a ban for you. It's my right. Maybe if you accept I'm right, I will forgot your flame. --Meganoide (talk) 20:52, February 15, 2014 (UTC)

I don't see a beaucrat/admin status against you Meganoide, you should not be using "banment" as a threat against others, as it goes against your name. One-Winged Hawk (talk) 21:21, February 16, 2014 (UTC)

Okay, I told him, but I did read some of your comments, you could have been a little nicer. No offense, but you did sound a little rude here: ...I still think you are a god damn idiot. Anyways, could you go to Magellan's talk page with him to settle this? I told him to do that already. Yata Talk to me 22:18, February 16, 2014 (UTC)

check the pictuer from the raw page and see for yourself...

check the pictuer from the raw page and see for yourself...

Yes, I read the chapter bro and while it wasn't much of epic of anything I still liked it. Also LUKA, my FAV Berserk female character ( *^*)9

I read the chapter the day it came out but till now I been too busy with everything that I never even got time to get on wiki. Still, thanks for letting me know ( *^*)9 Lets hope for some epic verbal conformation between Griffith and .. the kid .. .. been while ( ,_,) forgot his name.

What the fuck did you just fucking say about me, you little bitch? I’ll have you know I graduated top of my class in the Navy Seals, and I’ve been involved in numerous secret raids on Al-Quaeda, and I have over 300 confirmed kills. I am trained in gorilla warfare an-

'Civilian' in the Affiliations/Occupations field of infobox

I LOVE YOU AND I MISS YOU, PLEASE COME BACK!

Sorry man, my chat completely broke on me. Just keep trying to do the Mercury Lighthouse and I'll talk you through the rest of the area tomorrow.

but it's too late

now you must die

Hey Besty, I'm just here to tell you that I nominated you for administrator, so if you could go to the forum to accept or decline that would be great. Kaido | Remnants of My Broken Sig 11:17, March 16, 2015 (UTC)

Thank you Besty for providing me with the opportunity to be part of a wiki crew. Unfortunately due to my hectic schedule I would be unable to fulfill my responsibilities, so I will have to decline your request for the time being.

Hey, Besty. I'm just leaving a message here to inform you that I'll not be anymore using my other acc. Since you and I are the only members of the One Piece Wiki:Design Crew, I'm here again to sign-up as a member. And since you co-lead the crew and have more experience than me, I'm here to ask permission if I could add myself on the members list? ><

Thank you for the reply and like what you've said, I've already signed up on the crew's page. And that'd be great since I have the episodes on my computer and maybe I'll be the one to take care of the episode stubs if there are any at the moment. But I'll be sure to do the other stubs too. Thank you for the invitation.

Sorry for the late reply and thank you for the welcome and also for the helpful category. :--) But I have a few questions. Let's say I finished one episode, do I retain the stub tag or remove it since information is already added to it? Also, I'll IM you the completed episode stubs for you to check right? And lastly, I'm really not familiar how the "completed jobs" works, does it mean that if I complete one job, I'll put it there or you'll be the one to put after checking? I'm so confused, sorry. ><

Sorry for the late reply! I'll take note of it. Thanks!

Hey Besty, just letting you know that this was not a good time to use a rollback, as an edit summary was really needed during this edit war. While including the crossovers category is correct, the One-shots category is only for works by Oda. Had there been more discussion instead of a quiet edit war, we could have avoided the edit war altogether. Thanks. JustSomeDude...  Talk | 14:10, May 3, 2015 (UTC)

Hey there. Please refrain from posting rude comments like the ones on Talk:Chapter 788 in the future. Consider this a warning. Awaikage Talk 20:30, May 29, 2015 (UTC)

A genius scientist. Has a short fuse and is quick to lose his temper. He is the user of the "Nito Nito no Mi"; a nitroglycerin human. His ability is incredibly powerful, but his hotheaded personality is preventing him from taking over the world at the moment. He takes great pride in being a scientist, and absolutely belittles pirates and Marines. When he goes on a rampage, things get so out of hand that he ends up destroying an island in the process.

An air cannon user. The middle brother of the trio. Though he is a genius scientist, he is extremely klutzy, and messes up often. However, his offensive power is so great, that this makes up for his airheaded-ness. He cherishes the youngest brother Bonbon who is an ability user, and carries around an air cannon.

User of the "Hore Hore no Mi" (惚れる- Horeru; to be charmed, fall in love with, admire). He is able to make others fall for him and follow any of his orders by spreading the wings of his peacock-like outfit and pouring a ray of light onto them while saying "Hore Hore Love Revolu~tion <3".

Yeah I'm assuming Kaido meant ビュルスト when he made the Burst page (not sure). I used Wurst because ビュルスト is a way to write wurst (the sausage) in Japanese. Wikipedia and other 'official' sources use ヴルスト for the sausage though, so it could be whatever. Maybe try finding a romanization? ¯\_(ツ)_/¯ JapaneseOPfan :: Talk 13:37, July 11, 2015 (UTC)

Hey Besty. I saw that you labeled a number of stubs in the completed projects with my name. I didn't destub some of those pages, and I already removed my name from them. Please do not put my name on work that isn't mine. I don't want to take credit for others work. Montblanc Noland :: Talk 17:48, August 20, 2015 (UTC)

Christmas in the Philippines begins as early as September 1st and ends by January aka the so-called "longest Christmas celebration".

Hi, that section was meant to describe the main action of what the Straw Hat Pirates did on each island that affect the story, it's not meant to describe everything what's going on in that arc. If you look in earlier arcs, you would see my point. So please wait until we are half way or completely done with the Zou arc after the Straw Hat Pirates did something like saving Zou or helped out the Minkman with their problems before we write it down.

No wonder there are so many mistakes on this wiki, if every time they're fixed some idiot reverts them.

Hey Besty, this time in the election forum, I'm allowing candidates to write up a short statement (1 short paragraph or so) about themselves, their experience, and what they would with the opportunity to be an admin. It is totally optional, but you can add something here if you want. JustSomeDude...  Talk | 01:46, October 15, 2015 (UTC)

Hi. I am a fellow One Piece researcher for my own theories. A topic on a forum that I've been has led me here because of a lack of source. I have linked a screenshot of the information in question. If you could please give me a sorce for why the One Piece wikia says that the Pacifista's were created from human corpses? Sorry for bothering you but this has been bugging me and a few others. Enjoy the weekend! :)

i got nothing to give you but don't get too shitfaced. Alcohol is bad m'kay.

Some of your old edits

Hey Besty. I have decided to return so I can to work on stubs when I get the time (which will be off and on but better than no edits at all). I looked over the stub team page, and you took the tags off a lot of pages without adding any more information. I looked at most of them, and I think they are almost all still stubs. I"m a little confused. Why'd you take the stub tags off? Montblanc Noland :: Talk 05:09, March 6, 2017 (UTC)

A while back (like, 2015), you took a lot of stub tags off of pages without adding info to them and moved them to the "Completed Projects" section on the team page when the weren't actual complete. Some of them had missing sections and were still stubs. Montblanc Noland :: Talk 15:09, March 13, 2017 (UTC)

Thanks! You too :D Also, obligatory reminder that Hanta Sero is an anagram for "Santa Hero". 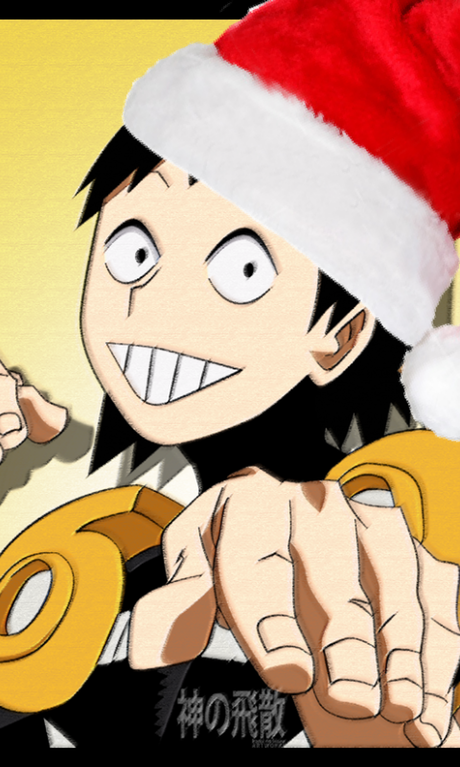 Groups are not included in character table. Beside, even if they were, the Decuplets didn't appear, just some members of it. Rhavkin (talk) 11:06, February 13, 2018 (UTC)

So I seem to have won in the Eneru vs Enel debate. Not numbers wise of course but that doesn't matter. Whoever is more accurate matters. You can read what I said and if you think I am corrcet then can you change the name? If not ell me why. The reason I came to you is because they don't seem to see what I'm saying because they're blindly biais towards Enel without real proof which I have repeated asked for.Gokudo (talk) 16:43, September 15, 2018 (UTC)

SeaTerror and I are having a bit of an edit war on Mythbusters/Misunderstandings_and_Mistranslations#Zombie_Plot_Hole and I cannot get him to budge on it even after half a year. After a talk page argument, he insists that his version is more popular and I am not allowed to change the section even after compromising about it. This is not the first time SeaTerror has used the rules against edit-warring to make sure that I cannot change a section without his say-so. It should not be this big of a deal.--Sandwichman2449 (talk) 18:27, May 26, 2019 (UTC)