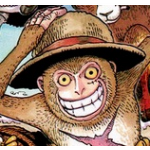 It depends on the context. "Royal" is used when refering to anything relating to high nobility or kings and queens: royal family, royal palace, royal guards, etc. "Royale", in this case, is used to describe a fighting tournament whose opening rounds involve the total mass participation of those competing, meaning they are not one on one fights. More often than not, it's preceded by "battle", ie battle royale. Both are correct, so contextual use is what's important when determining whether or not it's a mistake.DancePowderer Talk 20:35, June 13, 2013 (UTC)

to which guidelines are you referring to because i see no problems with them. and if you dont answer me on my talk page within the hour im going to undo your edit again--Quoth The Raven "Nevermore" 18:17, June 21, 2013 (UTC)

i knew about the guidelines i was just wondering which rules specifically you thought they were breaking. as for your reasoning the last two are a bit sound but i disagree with the first one, though i will not edit the page but if another user were to edit the page regarding the trivia then i would advise you to let it go--Quoth The Raven "Nevermore" 18:49, June 21, 2013 (UTC)

btw i noticed this [1] and i wanted to inform you i believe your edit was better, though before undoing seaterror's edit (if you think it should stay the way you did it) plz talk to him about it on his talk page--Quoth The Raven "Nevermore" 19:03, June 21, 2013 (UTC)

Those are incredibly outdated. We put firsts and seconds at the most on actual articles. That also should not be in the appearance section because it is trivia and doesn't belong there because it has nothing to do with how he appears in the series. SeaTerror (talk) 22:10, June 21, 2013 (UTC)

Hey, I just noticed that you have more than 300 edits, which means that you can now vote on polls. So, if you are interested, check out this category that lists all the open polls on the wiki and vote if you want.  Staw-Hat Luffy  Talk  08:25, July 18, 2013 (UTC)

Retrieved from "https://onepiece.fandom.com/wiki/User_talk:Burningspidermonkey?oldid=1577269"
Community content is available under CC-BY-SA unless otherwise noted.