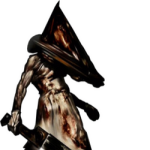 "Might" be true. This wiki doesn't allow speculation or guessing, so you may want to read the Speculation Policy. Also, when posting a message, please sign your posts like this: ~~~~ Kaido | Remnants of My Broken Sig 22:04, January 8, 2016 (UTC)

Well what about the Fleet Admirals I did that was true ~~~~

As for Trebol, while he did lead Doflamingo to evil, his actions were not important enough to set him apart from everyone else. The Donquixote Pirates are considered the main antagonists of the arc, with Doflamingo their leader being the main antagonist. Therefore, everyone in his crew who took part in the arc would be a major antagonist, but unless they did something to set themselves apart there's no real way to rank them per se. Fujitora and Burgess are the main figures of two other factions antagonizing Luffy, therefore they are ranked based on their relevance.

Listing antagonists can be arbitrary sometimes I admit but what we have currently is fine. Kaido | Remnants of My Broken Sig 03:01, January 30, 2016 (UTC)

Like Amputate, Radio Knife lets Law cut up a person/thing without causing injury, but it also prevents the person/thing from being put back together for a short time. After the effects wear off, the person/thing can be reattached like regular Amputate.

Yeah, but Jack attacked the entire island of Zou while the Straw Hats and their closest allies were on it, and his allies played a role in his defeat. Luffy also swore to take down Jack. Meanwhile there's no evidence that Weevil intends to fight Luffy, saying that they will confront each other in the Yonko Saga and not afterward is speculative (Luffy doesn't even know who Weevil is), and the Whitebeard Pirates subordinate crews are not really Luffy's close allies. So that's why the category shouldn't be added, at least for now. Kaido King of the Beasts (talk) 01:23, September 3, 2016 (UTC)

Personally I think that it is unnecessary to place on a character who joined the crew belonging when we know nothing about it. The introduction of Jack says that it is a calamity and forming part of the Beasts Pirates, I see no need to put it back in the past. --Captain Nimo | Talk | Contributions 02:34, October 2, 2016 (UTC)

Because the only medium that matters in character debut is anime or manga - there's no point in going into excessive detail to say how they debuted, we just want to show what chapter and episode they first appeared in the flesh. Kaido King of the Beasts (talk) 13:06, December 29, 2016 (UTC)

Retrieved from "https://onepiece.fandom.com/wiki/User_talk:ChasHades?oldid=1574319"
Community content is available under CC-BY-SA unless otherwise noted.