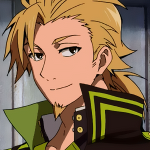 ..you are not aware of Canuck's reply to you, Check out my talk page, at where you posted.

Yeah, I figured you'd missed it, Canuck should have replied on your talk page instead. Cheers!

Well usually girls are better at these thing >_> but since you have asked me ..

these are the three combination that I like .. give them a try ..

Arigato, my friend! I copied parts of it, like your Stuff-Box though, but I hope that's okay... Anyway, I were planning to join the FT Wiki, as soon as my Connection is back to it's normal state (my Wifi is screwed atm), as it seems like a great Wiki, with lots of great people in it (including you ;]). Dunno why I haven't joined before, really :/... I like FT after all, and I have stalked it for a while too... Well, see you around ~~

And, btw, your skills at making Sigs' are magnificent. Just wanted to point that out ;) WU out -

Okay, thanks. Hopefully, my Wifi will be back to it's normal state soon, as I want to join FT Wiki as soon as possible ;) Later brochacho ~~

ಠ_ಠ.. seriously, I don't care .. just give me any color that left after everyone chooses theirs .. toodles~

Yeah, I think I just hit my limit, with having it perfectly aligned that is XD

Just noticed your Profile on FT Wiki, and it's pure AWESOME!!!! I'm actually designing my own FT User Page for when I'll join... I'm nearly done :D Have to ask Rai if I can copy his PortalTransformer design, and Red if I can borrow her self-designed Color Mix at some particular places, though. But I hope it'll be okay. My main Prof Color will be red, you see. Well, that's all really... WU out - ☆ Wonder-kun ☆ (◣ ◢) 11:47, August 15, 2013 (UTC)

Oh my Sff! Two sets of cookies! *eats them all before anyone gets a hold of them*

Having a cold sucks! I'm just dreading going back to sports camp tomorrow. And yeah i'm playing the cookie game. I kept it going on all through the night so now I am officially obsessed.

-nukes Choko's cold- Its about 680K now... I feel like my life is being wasted XD

Yay I overtook you! Mwuhahahaaaaa! Yes, let us waste our lives next to all the other cookie clicking obsessed people.

I plan to overtake God sometime today... Yesterday he said he had 9 million cps... NINE MILLION! His life is gushing away from him every second.

Great tactics... Aka no grannies! Either that or he is lying to us (its probably this) XD

Me too but I am still stuck with 30 of them. I wish you could buy a gun with the cookies and shoot all the grannies.

Me neither, I hate all that sort of stuff. But it does tell us that grannies are eeeeeeeeevil!

Eat them! Or I will set my zombie grannies on you. Y'know the ones we nuked yesterday.

Anyway what is your hobby? Mine is collecting dead bodies and making human centipedes.

One of my legal real hobbies is to watch Pokémon and scream at the screen whenever they do something stupid like when they nearly died of thirst in a desert when they have at least 3 Water Pokémon with them.

;-; seriously though its so stupid! And don't get me started on Pokémon yaoi fangirls, they single handedly ruined my childhood memories.

-adds pair-able into dictionary- Urgh stupid grannies stealing cps again. I will set my grannies on whoever tries to pair up Rock Lee and Gaara from Naruto... Trust me people do. XD

:O I will destory it. Seriously though, imagine all that sand flying everywhere. And Lee would be really fast.

You're right, the yaoi is too much for me.

XD. Who is that person? And you aren't on chat for them to speak to you in the first place! XD

Aww Choko is stalking somebody in luuurve XD

So that person cures colds too?!

But how will you know if they are on chat?! You could be off resting.

I'm so sorry! T^T Electricity fell out and so did the internet, that like happens once every 5 years...

I'm innocent! I never spammed in my life D:

Yes yes you are, how dare you lie to say that I spammed ~_~

Nuhhhhhh ;_; I'm sorry I lied, I used to be the spam king on this wiki! Don't ignore meeeeeee~

...ARE SO GODDAMN EVIL XD

Lol he's on tinychat right now, our regular one.

I just passed it along, he said hi~

Don't worry, I will as soon as I recall them XD

Chokooooooooo~! Sorry I was AFKing ;_;

Of course it will ^^

You Told Me To Let You KnowEdit

I have two edits for you:

1. Add the nagnificent me on your list of people you know.

2. Apologize deeply on my talk page for not having done the above already.

Nagnificent, that's right. It's like magnificent but starts with an "N" instead, and is considered a symbol of superiority.Vaztalk 13:29,11/25/2013

I get my raws literally everywhere. I pretty much have a different website for each manga. Which manga raw do you want in particular? I don't know if they still have the download but I can link you on chat via dropbox any of the raws I currently have. ^^    Karoo    ❖    Talk    00:47, November 26, 2013 (UTC)

hey Choko, I know you wanted my 5000th edit, but i got caught up in this massive (both in size and stupidity) talk page and edit war which made me wast my 5000th edit. so i hope you will accept this ordinary one instead--Quoth The Raven "Nevermore" 00:21, December 12, 2013 (UTC)

Choke, get on chat some time, I need to tell you who you're giving to for this secret Santa. So far it's worked perfectly. It's recommended to throw away socks after a year 11:25, December 15, 2013 (UTC)

Where are you 2 days now?? I wanted to tell my new masterplan *insert evil laugh here*

hey choko, i was on this page earlier and i noticed the person who asked the first question's name was choko. so i was just wondering whether this is a coincidence or not--Quoth The Raven "Nevermore" 18:42, December 20, 2013 (UTC)

http://i1125.photobucket.com/albums/l583/guxhumi2/kitten.gif For christmas, you should have this infinite number of kitties, have fun. ~~

Merry Christmas to you.

Thank you and merry christmas ^_^

Re: Yo There ~Edit

AWH! Thanks Choko! Merry Christmas to you also!! ^^ ShayshayRip

Re: Yo there Edit

thanks! I  hope that fat ass Santa brought you some cool presents or I'll have to kick his ass all the way back to Finland. Enjoy the holidays bro!Vaztalk 17:22,12/25/2013

totally not late Hey Choko, just wanna say thank you for the Christmas wishes, merry christmas to you too (or rather, hope you had a merry christmas xD) hope we talk again soon.

hey choko, sorry im late with this reply but i just wanted to thank you for your xmas tidings. anyway happy holidays/xmas/boxing day/new year's eve/new year's day, etc. also i know you like chocolate so here:

Hey there my fugly whore..Edit

Hey the chocko is back in civilization! Unfortunately I was out all day today and just got back. Let's meet tomorrow k?Vaztalk 23:02,2/24/2014

Just busy here and there. Also, I been studying for my AP test :/

Hello Choko. I'm not sure if you are familiar with me, but I am the leader of the wiki's stub team. I saw your sandbox work on Billy, and I am impressed. Your level of detail is excellent, and we would love for you to join to help make other pages like Billy better. Please let me know. Thanks. Montblanc Noland :: Talk 02:25, March 14, 2015 (UTC)

I completely understand your position. I am pretty busy myself with other things, so I probably won't have a massive quota for the team. Also, I am happy to proofread any pages you may do in the future if you need. We will be sure to enlist your help if we need it and hope that you choose to become part of the team. Montblanc Noland :: Talk 07:47, March 14, 2015 (UTC)

I ran through you're Billy article already and checked the grammar. Also, I'm glad to hear that you're planning to do Guyle, since he has been a stub for ages and I haven't ever had time to watch all of the Lovely Land Arc episodes. I'll be sure to let you know when other things come up for you to help with. Keep up the good work. Montblanc Noland :: Talk 08:15, March 14, 2015 (UTC)

Re: Too Bad Edit

Retrieved from "https://onepiece.fandom.com/wiki/User_talk:ChokokuguzaNoTobira?oldid=1577519"
Community content is available under CC-BY-SA unless otherwise noted.