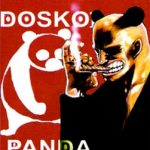 Where did you get Tangelo from? Why can't you just accept Tangerines and discuss it me instead of acting rude? It seems that your angry or something, relax.

Let's discuss about the Tangelo or Mikan or something.

I noticed you redirected Nami's Waver to Waver. Now I don't want to argue or anything but can we have them both as two separate articles. The Waver page can talk about Wavers in general while Nami's Waver can talk about the individual waver itself. I mean it's one of kind being jet dial powered and everything. Plus there's a lot of information on it that can be added like it's role in Skypiea and its possible roles in the future.Mugiwara Franky 06:54, 22 December 2006 (UTC)

Come on Cody, get your butt there and vote for someone else. Lol. We can't call it until everyone has voted for everyone else. One-Winged Hawk 21:03, 27 January 2007 (UTC)

WTF is a barque? Edit

It's becoming a widespread word now.

Welcome back Cody. Anyway, can you provide some comments on what logo this site should have in [[One Piece Wiki logo|here]]. Your opinions would be gladly accepted.Mugiwara Franky 02:07, 1 September 2007 (UTC)

user:Mugiwara Franky's Abusive Use of his Power Edit

Today Mugiwara Franky used his power in an abusive fashion to win an argument and get his pet theory stated as fact on the Mero Mero no Mi page. To win the edit war he decided to simply lock the page from being edited, with his pet theories on the page. The reason I'm posting this here is he claimed there was no complaint department. Immolo 19:44, 28 August 2009 (UTC)

The unwritten rule; the right over to edits others' comments. Edit

Well attentions been raised and a argument concerned so best to get everyone involved as much. One-Winged Hawk 22:55, November 23, 2009 (UTC)

Hi! I'm new and I don't know how to edit properly so I don't want to change things and end up messing the whole article up. But on the page marines, it lists the Giant Squad as Vice Admirals. I don't know where they go their information, but until Oda sais they were I don't think it belongs there. Thanks!

You seem to be a prominent member of this site and so thats why I specifically asked you. Thank you very much.

And one of the pilgrams returns... Edit

The wikia has gotten really busy and theres little to do these days no one won't do before you get the chance. AllI do is a image purge (remove uneeded/excessive images). Theres practically none of the very first few (the "founders") except me are coming here regularly. Joekidos around, M.F's around thats about it. :-/ One-Winged Hawk 20:09, April 7, 2012 (UTC)

I haven't done much social network stuff in years. I'm afriad your 8 years too late to ask me to join you. So much as happened since I was serious into it and I've really retracted into a shell on socialising at all. I did have a brief burst last week one the OP wikia chat, but it was for a few days because I was peeved off witht he Vocaloid fandom and needed the break.

I'm afriad its a simple case of a lot of people have proven to be disappointments on the web and I don't like to get too attached to a fandom. One Piece is pretty much the only fandom I return to regluarly and only because I vowed to see this one out if I could. OP is my last anime from my anime craze days which ended in 2006. Which makes my status as a Vocaloid fan arkward because most fo the Japanese vocaloids are anime based.

I got fed up with the stereotyping towards anime fans and for the anime fans to then prove the stereotypers correct. You can be in the Vocaloid fandom though and not be a anime fan, since you can follow vocaloids with no anime avatars on them. Hence why so far I've pulled it off this long. Most animes are doomed to die, but Vocaloid seems to be a booming software so will be with us for a few years also. Plsu its interesting to see whta the fans produce (its all Doujin culture with Vocaloid, pretty much nothing is offical).

I still love One Piece though despite all this. I have a complaint that the chapters seem too short these days, and the weekly wait is a nightmare for each issue. Sometimes makes me wish each chapter was x2 as long. >_< One-Winged Hawk 22:41, April 9, 2012 (UTC)

Retrieved from "https://onepiece.fandom.com/wiki/User_talk:Cody2526?oldid=1597712"
Community content is available under CC-BY-SA unless otherwise noted.