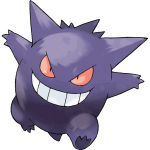 Actually I did see Trebol piecing himself back together while after Law revealed to Doflamingo that he had the "D" but didn't see him pierce his staff. So I'm not saying that it should be added in, I'm just letting you know. ChasHades (talk) 05:16, September 6, 2016 (UTC)

In that case, I actually don't really know. I just saw the Jet Board was as it is under a subsection of the Dials, so decided to create the page. I never truly bothered to check clearly. Yata Talk to me 22:31, December 20, 2016 (UTC)

Pluton is not the god of wealth

You see Pluton comes indeed from the greek name Πλουτωνας (Ploutonas) and is the 2nd brother of Zeus and king of the otherworld known as Hades. The greek word for wealth happens to be πλούτος (ploutos) but they just happen to sound alike and Pluton's name is not actually derived by the greek name of wealth. In ancient Greece people actually feared wealth just because it sounded like the name of the King of Hades and his name was linked with the fear of greed the ancient greeks develped. It should be clear by now that Pluton is not the God of wealth but the exact opposite of it. His only epithets are either the God of Hades or the King of the itherworld or Hades (sometumes they call him by the name of his kingdom) but in absolute no way the God of wealth. How do i know? I just happen to be greek with a bit of love for mythology. Hope i helped.

I have from the greek wikia page for Πλούτονα but the translated english wikia page has way too much inacuracies regarding the subject. But anyway the thing is the "related to wealth" trivia part is wrong. The rest regarding the inspiration of the name is ok and thats why i didnt delete it.

Hey Nesha. Sorry, I didn't mean to start a reference war, but I specified those references because I plan to expand the page. Also, I find that marking specific events (in my opinion) makes things easier to tie together. I did the same with all of the Movie 6 articles and a number of other pages I've worked on that have only one source document. I do like the idea of timestamps in the referencing, so hopefully we can come to a compromise. Thanks! Montblanc Noland :: Talk 23:15, May 6, 2017 (UTC)

I agree with you Dragonus Nesha, not only timestamps but also home video releases should be included in references if not also American and if not than just japan Season and Piece and probably than some, also panels, anime adaptions do not always end with the page, if the Administrators have it in there power to change the reference code then we should ask.--Robertg27 (talk) 23:59, May 6, 2017 (UTC)

You're right that they don't add anything, but nothing is in the rule about it. I'm guilty of having done both ways in the past on many pages. So it's not like it didn't exist before. About the template, it's an extremely complicated one made by a user who's not around anymore. It's also kind of hard to have set rules on time stamps. So just want to say that both cases are accepted by me at least, I don't find anything wrong with the way Monty did it. Hope you understand, and if you disagree, we can always discuss it somewhere. Sincerely,

I cleaned up the references because there were some mislabeled, duplicates pages, and no explanation. I don't understand why you changed them back, so I reverted your edit, and I would like to ask you explain your reasoning before undoing it again. Thank you. Rhavkin (talk) 04:43, July 7, 2017 (UTC)

Both pages of a spread are counted. That just hoe it is. If you have a suggestion for a better way talk about it with the admins.

Where exactly they are separated in the article? Both Du Feld and Morgens are in the same paragraph in the Personality and History sections. Rhavkin (talk) 07:21, July 8, 2017 (UTC)

I've noticed you added raw images from chapter 889, and I was wondering where did you find a good scan? Also, could you un-scanlaize File:Daifuku Attacks Carrot.png and File:Carrot Attacks Daifuku's Fleet.png from that scan (or tell me where you found the scan so that I can do it)? Thank you. Rhavkin (talk) 23:49, January 5, 2018 (UTC)

Hey, could you please either making the template or answering my question on the forum page so I could make it? Thank you. Rhavkin (talk) 14:15, October 28, 2018 (UTC)

Yes, the reference section will be consistent when I'm done correcting the em dashes. That's the whole point of bot mass edits. I just have to take a look at each edit, that's why it takes a little longer. • Seelentau 愛 議 21:23, December 13, 2018 (UTC)

Oh, you mean the difference in the dashes like here? To be honest, I never noticed that^^ But yes, the logical consequence would be to change the em dash to an en dash in the template itself. Which shouldn't be a big deal, or is it? • Seelentau 愛 議 21:57, December 13, 2018 (UTC)

Oh, I thought because you added the "Six Flying Brothers" to the Kaido Crew article, it was your translation^^ Could you please give me the source for that translation then? Because I had a hard time finding an accurate translation and would love to hear another translator's opinion on it. MS translated it as "Flying Fighters", for some reason... • Seelentau 愛 議 19:48, December 30, 2018 (UTC)

Why are you removing all my edits? I understand for many of the previous ones, but CP9, Orochi Oniwabanshu, and Nine Red Scabbards? Alpha Omega Plus (talk) 06:41, September 28, 2019 (UTC)

Thanks for showing how to adding an extratile, and sorry for messing up the infobox earlier. Btw, I want know how to add more than extratitle. Can you tell how to do that? Alpha Omega Plus (talk) 20:35, September 29, 2019 (UTC)

Retrieved from "https://onepiece.fandom.com/wiki/User_talk:Dragonus_Nesha?oldid=1670772"
Community content is available under CC-BY-SA unless otherwise noted.