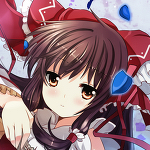 Note: This user is currently blocked. An appeal has been sent to an active administrator to have this user unblocked. If this appeal fails, then this user can do nothing but leave this site.

MDM is this you? Edit

Yea, for you all Grammar and Spelling Nazis I am indeed a Jew.

I thought everybody knew but well since you are new, FLASH NEWS !!!

MDM is the man who founded "Fu*k Grammar and Spelling" group :D

Good luck correcting my speliing and grammar. Many tried ..

but none succeded at changing this bad habit of mine so .. .. yea .. I am hopeless

p.s. I lololol so much when saw Nan-cha mistake you as me because our profile page looks so same XDXDXD Epic troll xdxd

i already did Edit

well i have already made a blog heres the link

Re: Can you help me? Edit

Hi Evanalmighty, thank you for your interest in my photo, Luffy vs Mihawk.png. As requested, please refer back to Kokuto Yoru for Kokuto Kogetsu's new photo. Thanks. - Ethelion 11:16, January 7, 2012 (UTC)

happy birthday evan ( though over hete 2 hours ate left ) but any was HAPPYYYYYYYYYYY BIRTHHHHHHDAYYYYYYYYYY EVAN . Enjoy the 15 year of your life ( because you are now 14 so 15th year ) to the fullest and make this the best birthday ever , I have a special gift for you will let you know about it soon (•_•) (•^•) :) :) (¤_¤)

since you said no one told you about 1. Why don't I tell you.

First of there are three different kind of notes: 1: First introduction (only used when an infobox tells a characters name, many characters appear first, before getting an official infobox)

2: new member (only used when a new member joins the crew, it is therefore only shown 9 times)

Notice that all the text in the table is clickable aka they are all working links, many tables stll have black text in them, meaning they have to be updated to this most comman format. I first did the davy back fight, since it didn't have table but now I have started from the beginning, to give them all the same appearance instead of nine different appearances, Before doing this however I looked at almost all of the chapters to see what the preferred way is. And to learn when to add the notes and when not to add the notes. (OnePieceNation 14:39, February 11, 2012 (UTC)) PS:: Look at the source code of this message to understand fully.

Thanks for putting in links Edit

Thankyou for putting in the links. The summary took longer than expected and I had to go off somewhere. PhoenixRising101 04:49, February 17, 2012 (UTC)

Yeah, I'm already happy with one but two recent blogs in the top listing... I'm just hopping in joy.

The community has been very friendly and accomodating in participating in my blogs.

Thanks for your compliment, I'm really speechless...

I see that you are busy updating 537.

Just wanna say that as I follow your summary comments, the more I read it, the more hilarious it becomes

Kinda made my day (with no offense to the trouble you are going thru, much appreciated for correcting the page)

Is a term that seems to come up a lot. Due to its subjectivity, has there been an OP wikia consensus about how to approach it? The 4-part picture that is shown for episode 19: the bottom 2 pictures are good but the top 2 don't show much. Showing Zoro and Kuina's actual first battle with the shinai's probably more important than having them just posing there not doing anything. +y@talk 07:00, March 6, 2012 (UTC)

Should I change it? Please tell me if bothers you, I would not like to make anyone feel angered or annoyed, because I have this avatar.

I see you are uploading the birthdays... I assume they come from blue deep, can you give me the link to the source where you get them? I'm trying to make a list of all the birthday we know here, thank you. leviathan_89 01:28, 14 March, 2012 (UTC)

Do you know why Eneru has many different names?

Reply: Well, there are a few reasons why. Let me try to explain to you:

2. One Piece is aired and published in many countries around the world. So, some countries will have a different way of pronouncing them. Example, Country A has OP aired in its country. So, the people there may think that Eneru's real name is Enel and vice versa.

3. The community here has decided to name Eneru as Enel, but for people from example 2, they may still get the name as Enel (Something like this: Enel's name may also be Eneru, [I actually don't know the text lol]).

That's about it, thanks for the question.

P.S. You shouldn't leave me your email address here, as other people who sees it may spam it, so I suggest creating an account like mine, to avoid the spamming.

Hi Evan,
I'm afraid it's not really possible: I remember having checked whether all links in "see also" were also covered by the naviboxes… If I recall correctly, it's not true. It means these sections must be checked manually before being removed…
Of course we can remove them without checking, but that should be discussed first.

Yes, I am getting in the process of getting married by Dec 2012. Thanks for your congrats, your wishes, as well as your blessings.

Yup, I'm in Singapore (again) on business duty, I stayed at Changi Village and will depart for home shortly at 500pm.

And no, I have no intention to leave the wikia, neither after wedding nor in near future. So have no worries over this. Just a misunderstanding actually. ;-)

Have a nice day today, my friend.

Thank God you had the whole Pandaman page, I made a huge mistake I wanted to add one picture and the whole page was gone :( — Preceding unsigned comment added by Projectfear22 (talk • contribs). Please sign your posts with ~~~~ next time!

I get your concern but the links are very easily overlooked and are therefore almost always overlooked. my welcome messages are my way of not only welcoming new members to the wikia but also to tell them about the main three things, that most new users do unknowingly of the fact that they shouldn't do so. (OnePieceNation 17:23, March 26, 2012 (UTC))

Bara bara no mi inverse of ope ope no mi ? Is this true ? That fruit is more than that.

Thanks for the FYI. After speaking to Rici, I know now what is going on:D

Sorry, I did not know that, all I knew was that is disliked by most people, I didn't know it was forbidden, sowiemasen desh ka. And yes you are free to help out with the template. (OnePieceNation 16:11, April 14, 2012 (UTC))

how do i undo the thing? i messed up on the talk page and how do i undo deletions? i apparently put an overload of deletion comments into the deletion candidatesUltimate Law of Kaitlyn 06:48, May 6, 2012 (UTC)

Thanks, I suck at editing stuff cleanly... How long does it take for deletion requests to finish? I had this really shitty blog I made under it for like six hours now.Ultimate Law of Kaitlyn 07:12, May 6, 2012 (UTC)

how do you make ban requests? i tried with the nominations but I only made a fricking forumUltimate Law of Kaitlyn 10:48, May 6, 2012 (UTC)

DP gave me permission to advertise. If anybody, hit him.Edit

Thank you for the Bday wishes! Hey it's Sunday for you, but it is still bday for me in California:P So you are not late at all:D Aww...you guys are so sweet...*tears of joys with a big smile on my face*

Hi,
what's with the hidden source-code messages? Just curious.
BTW I answered on Panda's page, explaining why I don't want to do it (plus I actually thought all episodes were done already). Sorry.
About the other requests of yours I still that didn't make:

Oh, ok. Well, THT sure is stupid, but I doubt he's that stupid. I checked the summary sections, only three articles needed change. Gonna check what I can do for the scrollboxes. sff9 14:47, June 17, 2012

Hi Evan, were you intending to remove all of the 'the user is an xxxx human' lines on the Devil Fruit pages, or just ones that haven't been said in canon? Sand Human and Candle Human have definitely been said (in Impel Down at the latest, haven't checked their first appearances), so I wanted to check with you before re-adding them. Zodiaque 06:09, June 22, 2012 (UTC)

Thanks for the help ^^ I actually edited it and erased the "fleet admiral" part because he is no longer the Fleet Admiral, then ST came and undid it, I was going to make it again but it was you the one who did so thanks! Khaliszt (talk)

I swear, I don't remember ever banning you, a glitch might have done so automatically, or I did so by mistake (might have mistook you for some random vandal, since your address was next to theirs in the history). I am truly sorry, please accept my full apology! Yata Talk to me 19:05, December 29, 2012 (UTC)

Yeah, now that I've checked in more detail, I was definitely aiming at some random, unregistered vandal at the time, and mistakenly pressed the wrong URL address and just banned you by sheer accident instead of the vandal. Once again, I cannot express how sorry I am, I feel absolutely awful. Is there anything I can do to make it up? All that time you couldn't edit... Yata Talk to me 19:22, December 29, 2012 (UTC)

Retrieved from "https://onepiece.fandom.com/wiki/User_talk:Evanalmighty?oldid=1575410"
Community content is available under CC-BY-SA unless otherwise noted.