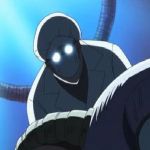 Hi and welcome to the One Piece Encyclopedia! Thanks for your edit to the User blog:Fintin page.

Hello sir Fin i hope you are well, this message is cause well umm *blush* me is worried about you cause well you haven't been on,  I hope all is well and i look forward to chatting with you again. Have a good day tomorrow and sorry for bugging you *bow* Caring16:) (talk) 02:32, March 21, 2013 (UTC)

Sorry Fintin, yesterday I could not say goodbye. I left emergency.

Hey Fin! On the Template Fixing Team's "need a new Color Scheme" section. You accepted jobs. BUT! You shouldn't just add your sig. You should also add the time you accepted it. So that the others will know when it will abide the 8th rule. It IS very important! Btw, I just joined the team! Let's work hard my fellow team mate! :))   Al Talk Contribs.  6:48, May 22, 2013 (UTC)

hey fin i decided to join the grammar marines and i signed myself up, so i was just wondering do i just start to claim jobs and work on them or should i wait for the o.k from Gal...who is currently blocked--Quoth The Raven "Nevermore" 02:23, June 8, 2013 (UTC)

Good luck with your exams Fin, here, have some boobs.

"I live in the galaxy"

Hello there. I left a message on the Stub Team page about my talks with DSP about the future of the team and how I want to do some work. I plan to divide up the work and actually get rid of stubs at a constant rate instead of just a few here and there. As a member of the team, would you like to help? Thanks. Montblanc Noland (talk) 13:30, November 5, 2013 (UTC)

Well, Fin, you missed a doozy of a fight tonight. Canu against Quilge, with Quilge throwing in the towel in the 5th. It's recommended to throw away socks after a year 22:24, November 15, 2013 (UTC)

Here have another one on the house.

As I recall, that episode had the Harlem Globetrotters playing a team of atomic super mutants at basketball.

Retrieved from "https://onepiece.fandom.com/wiki/User_talk:Fintin?oldid=1183203"
Community content is available under CC-BY-SA unless otherwise noted.