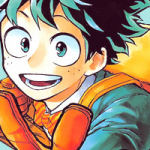 Dude, don't request for everyone who made a mistake to be banned. Give them a warning, and if they ignore the warning multiple times, then you can request for an user to be banned.  Jademing  Talk   03:02, August 25, 2013 (UTC)

Hey there. I was wondering if you took requests for anime images? You have uploaded the highest quality images out of anyone in the wiki in my opinion, so I hope that you could acquire some for a history section updating project I'm working on. Thanks. Montblanc Noland (talk) 14:21, September 22, 2013 (UTC)

That is fine. There are some image that you can get for me, despite the episode limit. I already have Staw on board for some images and I'm trying to get in touch with Gal with no luck. Can you get a better quality image for Yokozuna's infobox, and image of Zambai being defeated by Lucci, Nero being defeated by Franky, and possibly an image of Tamagon fighting. The last one isn't important, I just think it would make his page look better. If you can't find some of them, that is perfectly fine. Thank you so much for helping out. Montblanc Noland (talk) 14:39, September 22, 2013 (UTC)

Awesome! Thanks for the Zambai and Yokozuna images! Since you have more access to episodes, could you get an anime version of the image I uploaded earlier today. It is Paulie and Zambai separating Baskerville. The episode is 284. Also, in the same episode, you will find a shot of Mozu, Kiwi, Lulu, and Tilestone with the defeated Jurymen. Could you upload that too? It might be two separate images, but I am okay with that. If not, then no worries. Thanks again! Montblanc Noland (talk) 16:53, September 22, 2013 (UTC)

Hey Espada. I was wondering what kind of work you plan on doing with the Simon game stuff? You said you are playing it and it is a source of a lot of char stubs. Montblanc Noland (talk) 21:54, November 23, 2013 (UTC)

Ok. Sounds good. I was just wondering. We could talk to Klobis and some of the other japanese speakers for some translation. If there are any characters that you don't recognize from the sillouettes from the Simon Pirates image, then send me a message with a screenshot of their kanji names/images. I have been trying to name extra characters in that, but I haven't found any new ones yet. Thanks for getting those images! Montblanc Noland (talk) 01:18, November 24, 2013 (UTC)

Hey, thanks for getting the color schemes to work again, it's very appreciated!

If you're able to, would you be able to make it so that pages like Kozuki Oden which don't have an infobox picture have File:NoPicAvailable.png on it instead of a broken switch template? Kaido King of the Beasts (talk) 14:08, May 20, 2016 (UTC)

Hello. I am a wikia user looking to capture a profile picture of a characters whom the video frame moves over. I have seen this image you uploaded and I would love to hear how you got such a single flawless image from a series of frames.Ultrasonic9000 (talk) 13:25, October 7, 2016 (UTC)

Retrieved from "https://onepiece.fandom.com/wiki/User_talk:Furisu?oldid=1577016"
Community content is available under CC-BY-SA unless otherwise noted.