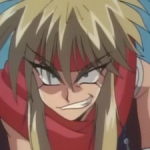 We have multiple admins and mods, if one of them wasn't responding to you you should ask someone else. Is this an issue with a page on the wiki, or do you just want to talk about One Piece? We have a Discord server if it's the latter. Kaido King of the Beasts (talk) 20:14, September 11, 2018 (UTC)

If this is about renaming Enel to Eneru, you did get responses on that discussion. All of them were opposed. Kaido King of the Beasts (talk) 20:18, September 11, 2018 (UTC)

The responses to you are still responses. It was 1 against 3 in favor of not changing it, and the users here are not obligated to continue discussing the issue until someone changes their mind. The page will stay as Enel unless something changes in the future. Kaido King of the Beasts (talk) 22:54, September 11, 2018 (UTC)

Your other information didn't make sense. Also if your argument is official translations then you should be arguing that Bon Kurei should be known as Bon Clay too. Or Cat Viper instead of Nekomamushi. SeaTerror (talk) 08:17, September 12, 2018 (UTC)

Not going to do it. It's not that hard, just go to the url box and add "/Archive 1" at the end, then enter it and create the page.

Also, don't click on the "new message" button every time you leave a new talk page message. If it's part of an ongoing conversation, just edit the section that has the discussion. Kaido King of the Beasts (talk) 17:52, September 14, 2018 (UTC)

So I looked through the talk page you mentioned, and your declaration that you won the debate doesn't seem to pan out. If the only criteria for winning is believing you're right, then everyone wins every debate. Furthermore, it looks like you don't quite understand how the Japanese language works. Japanese doesn't natively use "L" sounds, so foreign or made up words that are supposed to have an L use an R instead. Japanese also doesn't have any consonants that can stand by themselves except N. The way the language is written, every consonant is followed by a vowel, so any word that is meant to end in L or R would come out as -ru. In other words, エネル (Eneru) would be used for Eneru, Ener, Enelu, or Enel. Based on how it's written, there's no way to determine which is correct. I'm a fan of Funimation's dub, but it's been wrong plenty of times before. Translation isn't an exact science, so the dub doesn't carry much weight in terms of which is actually correct. If there are more Japanese sources for Enel, then we'll go with Enel. On a side note, arguing with other people by constantly accusing them of being biased or only going by their opinions instead of facts is a very bad way to argue or convince anyone. Everyone has biases, and everyone has opinions. What matters is how well they can defend their views. I'm honestly not sure why you decided to reach out to me. I haven't been active here in years and I wasn't involved with that discussion at all. Even if I wanted to, I don't have the authority to change the name of the page against the popular consensus. 8-1 is a pretty clear majority.Videogamep Talk 18:28, September 15, 2018 (UTC)

I came here to say exactly what Videogamep said before I saw that you'd also reached out to him and he'd gotten to it first, so all I'll say is that you need to reevaluate your idea of how a debate works as well as your priorities in life - this is not something worth being so caustic over.--Xilinoc (talk) 01:38, September 16, 2018 (UTC)

By the looks of it, you still don't understand, so let's lay this out: Kaido, Seaterror and the others explained to you repeatedly why we're using the spelling Enel, then you said all their points were wrong and therefore we should listen to you (and you alone - didn't see anyone agreeing with you in there) and change the spelling. That's not how this wiki works. In fact, that's not how MOST wikis work. The majority ruled against you, and that's that. Move on with your life.--Xilinoc (talk) 21:29, September 16, 2018 (UTC)

Pretty much what Xil just said. You're setting yourself up as the one and only arbiter of who's right, which never accomplishes anything. It doesn't matter how right you are (and I don't think you're right) if you can't convince anyone of it. Content mods only have the power to edit certain levels of protected pages and handle vandalism. Decisions like page names are done by popular majority. Everyone did cite multiple examples or examples from previous discussions that had Japanese games and merchandise use Enel, which is given higher weight than official English translations in the absence of any other evidence. Take it from someone who's spent years here: do not pick this hill to die on. Even if you staunchly believe you're right, accept that the majority is against you and move on. It's not worth expending so much effort arguing over the proper spelling of a fictional character's name. It doesn't gain you anything, and keeping that kind of attitude won't make you any friends here. I've seen people get that heated before, and it almost universally ends with them snapping and getting banned or leaving the wiki in frustration. The sooner you accept that, the happier you'll be. Videogamep Talk 21:58, September 16, 2018 (UTC)

You keep hearing that because it's true. A lot of us have been in your position, including me, and we universally end up growing out of it or getting banned. I know I sound condescending, but please take advice from people who were in your position before. I saw your response to the PW3 bit. We don't use the mistakes there because we have official materials confirming that, which we don't have for Eneru. And I saw you posing again on the talk page. Stop. The discussion is settled with a majority, and there's no official Japanese version of his name. Accept that you lost and move on. If you keep going with this, you'll end up getting banned. It's not worth it. Videogamep Talk 04:14, September 17, 2018 (UTC)

Nobody cares enough about this issue to want to get rid of you. And your situation isn't that unique. Everyone here has seen users with the exact same attitude, that's why I'm warning you about it. Like we've all said, the only official sources we rely on are Japanese sources, not official English translations. You might not like it, but that's the policy. Videogamep Talk 05:00, September 17, 2018 (UTC)

You're definitely reading too much into it. I'm just typing this out as I think of it and I'm trying to explain things since I know how frustrating it can be to be dismissed. We've had plenty of Japanese sources be correct about some things and incorrect about others. The dub has been the same. It's gotten some things right and some wrong. I know it's frustrating to firmly feel that you're right and not be able to convince anyone, but sometimes that's just how it happens. Trust me when I say it's not worth getting heated over. Videogamep Talk 07:34, September 17, 2018 (UTC)

Like I said, unless it's contradicted by a higher priority Japanese source, we go with official Japanese sources. Official translations don't have any bearing on these discussions. You might not agree with it, but that's our policy and it's been our policy for a long time. Videogamep Talk 19:37, September 17, 2018 (UTC)

I'm not certain it's actually written down anywhere. It's just been the generally accepted policy of the wiki for longer than even I've been here. Videogamep Talk 08:46, September 19, 2018 (UTC)

It not being formally written anywhere doesn't mean its any less of a policy. It's how this wiki is run, and how it has been run for years. I actually just looked, and is written down here. You should also stop accusing people who disagree with you of being biased. They think the Japanese source is more accurate, you don't. As for me, I don't care too much either way. I think Enel is probably more accurate, but it's not really worth caring about. Accept that you lost and that the wiki doesn't always work the way you want it too. It'll be way better for you in the long run. If you go back and try to relitigate every discussion you lose, chances are you'll get banned because people will get sick of it. Videogamep Talk 02:35, September 23, 2018 (UTC)

I'd also strongly advise checking out this article for how to handle future discussion that might not go the way you want. Videogamep Talk 02:39, September 23, 2018 (UTC)

Okay, I'll be thorough here. 1. You didn't disprove anything. You put forth evidence that you say disproves it, everyone else wasn't convinced. 2. I am giving you what I genuinely think. 3. Video games and merchandise are generally considered to be below databooks but above translations. 4. You'd be banned for not leaving an issue alone when nobody else agrees with you. The wiki is a community, not a dictatorship. Everyone is entitled to be heard, not entitled to complain until they get their way. 5. You're not being excluded. You were given a chance to argue your position. Nobody else agreed, and the discussion ended. 6. Constantly accusing everyone of being biased will get you nowhere in any discussion ever. 7. Even if they're not hard and fast rules, they're all good advice for how to get along with other people on the wiki. People who get that kind of ego and take this stuff personally end up either leaving or getting banned. 8. I get that you like the character, but that has nothing to do with anything. This is a fan run wiki that has no impact on the content of the show or your ability to enjoy it. Videogamep Talk 04:40, September 23, 2018 (UTC)

I've said everything there is to say, so you'll have to either accept it or not. Continuing to argue is pointless, especially since there's nothing I would be able to do even if I did agree with you. Leave it at that and move on. Videogamep Talk 16:32, October 8, 2018 (UTC)

Nope you didn't. If there is a discrepancy between sources, remember as stated above that Original Manga <- SBS <- Databooks <- Anime <- Accurate Translations (by reliable scanlators of translators) <- Official English Translations (such as Viz and FUNimation).

You have shown you haven't read it. The name spelling section specifies why you are wrong. Also just because you think something is unreliable doesn't mean that's true. That kind of logic is why so many people think the earth is flat. SeaTerror (talk) 00:52, October 16, 2018 (UTC)

Before you say that nobody's willing to discuss this, look at how long we've been talking about it. It's pretty clear that nobody's going to convince you, and you have yet to convince anyone, so there's not much point in continuing to argue. Accept the result and move on. I've said all I have to say, so let this lie. Nothing will come of continuing to argue. Videogamep Talk 06:34, October 17, 2018 (UTC)

No you didn't. You said it was unreliable and that was it. You proved as much as some guy ranting on a street high on drugs that the buildings are falling all around him. SeaTerror (talk) 00:36, November 1, 2018 (UTC)

I simply do not wish to engage in an endless discussion with someone whose mind will never change about the issue. It is not productive. The fact of the matter is, most of the wiki prefers Enel and the official translation has no real sway over us. It is not my job to appease everyone who might disagree with that.

In just a few days the name will be officially spelled in English via Vivre Card and the debate will be over. Kaido King of the Beasts (talk) 12:24, April 2, 2019 (UTC)

Retrieved from "https://onepiece.fandom.com/wiki/User_talk:Gokudo?oldid=1596518"
Community content is available under CC-BY-SA unless otherwise noted.