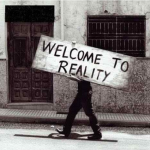 Can you please stop uploading so many images that are duplicates and unnecessary? Please read the Image Guidelines, or at least the shortened version of it. Yata Talk to me 19:41, December 3, 2011 (UTC)

Even though the correct romanization for his name was revealed in his introduction, the last part of "Kid" was cut off, leading many people to believe that there was more of his name, and used "Kidd" for his name, basing it on the pirate "William Kidd". Although, after Chapter 594, it was confirmed to be "Kid".

The picture is supposed to show how his is name cut off in the manga so people suspected there is a second "D".

You are obviously a vandal; aside from uploading junk images, what you did to Surume's page is pure vandalism. This is your one warning: next time, you are banned. Yata Talk to me 07:58, December 4, 2011 (UTC)

I believe those image you just uploaded were once already deleted, the reason was that we don't need all of them... since the page is the game's article, we only need a few screenshots representatives of the game, we aren't IGN, we don't have to show all the game. They are cool sure, but if they don't have any other purpose you don't have to overloading the gallery. leviathan_89 14:54, 24 February, 2012 (UTC)

When you add in the chatacter's birthday, can you be kind enough to tell me that you have added his/her birthday? I am currently editing the templates for birthdays, and I need to know that you out in so I can take a look instead of having to look at the whole thing to see what you did. Thanks

That's not what I meant when I said references. http://onepiece.wikia.com/index.php?title=Goro&diff=next&oldid=624554 Look at this edit and please do add one of those everytime you add something like birthday or height, as I'm gonna have to fix all those where you didnt do it.  Fanta Talk  18:48, March 12, 2012 (UTC)

Hi, Evanalmighty told me that you added the new birthdays, I assume they come from blue deep, but can you tell me where did you get them from? I'm trying to make a list of every birthday we know, thank you. leviathan_89 11:22, 14 March, 2012 (UTC)

Hey, thanks for adding pictures to the One Piece Attack Motions article. But the pictures you put for Vol 6 are actually the figures of Stack Vignette Vol 2...Can you fix this? Cheers Xinyingho 16:18, March 30, 2012 (UTC)

For all the merchandise images you've been uploading, can you use the correct categorization for them instead of just randomly choosing one? It's Category:Merchandise Images, not Category:Merchandise. Also, for portraits, we use squarely dimensions (120 x 120 is a prime example), not something like 135 x 260. Yata Talk to me 17:32, April 8, 2012 (UTC)

Retrieved from "https://onepiece.fandom.com/wiki/User_talk:Hcw88?oldid=1575412"
Community content is available under CC-BY-SA unless otherwise noted.