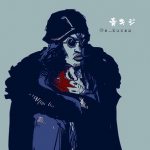 Because you added the battle in the canon battle sections. The movie isn't canon, hence why I removed it. And then when you added it to the correct section today, someone else removed it. Next time, be sure to ask the correct person.

Legal age, as in, the difference in years between the present date and the one listed on an official document given at birth, aka a birth certificate. Someone could look 27, when they're only 14, the latter of which is the age dicated by that person's birth certificate. Sugar's case is the reverse of that.DancePowderer Talk 02:25, November 18, 2014 (UTC)

I stated my reasons in the edit summary. He is a former pirate, so he has a former epithet. If it was going to be a current epithet, people would need to call him that in the present.

He was formerly known as Chinjao The Drill, but then he lost his Drill and that epithet. Now he is known as "Don Chinjao". Currently he is not known as "Chinjao the Drill" again, because he's only had the drill again for a matter of hours and few people are even aware of this.

The issue goes away if we just merely wait for confirmation of it being used again in the present. Patience, this is not an important detail to get worked up about. JustSomeDude...  Talk | 03:43, November 18, 2014 (UTC)

Re: Thank You Edit

I took a quick look at what you did to the page, it seemed like you had pretty much the right idea. If you ever have questions about templates, it's always a good idea to check out the template documentation which exists to show people how to use the template. The only thing that doc doesn't make especially clear is that you don't need the "name=" parameter unless you want to use the same reference in multiple locations. Sorry I can't be a bit more of a help, as I'm rather busy today, but feel free to ask me any more questions, or you can ask users in chat for some help too. Hope this helps! JustSomeDude...  Talk | 15:51, December 19, 2014 (UTC)

First off I should tell you that the rules on that poll are on every poll, and they're not something I just made up for this poll. In fact, those requirements have been in place longer than I've been an editor, and I also had to overcome them at one point, so I understand how you feel about it. (I think I found something really tiny to edit on every chapter page which brought me up to well over the 300 edit limit)

As for the reason for those requirements, they were chosen by the community long ago to ensure that people voting in polls were 1) not just sockpuppets of other editors and 2) had been around the wiki long enough and done enough to understand what they were voting on. And they settled on 300 as the edit limit because it was a compromise to allow blog edits to count towards the requirement. It seems daunting at first, but I tend to get over 100 edits on a slow month these days (and that was before I became an admin).

So I'm afraid there's nothing I can do to change the limit, but if you'd like to vote on the poll, you have two weeks to get enough edits before they close and you will still be allowed to vote. If you'd like some potential projects to help get you over the hump, I could explain some stuff that needs doing still (though other users might be able to give you some more "exciting" work.) Anyways, I'm glad you want to vote, it's not often that we see new editors even notice forums, let alone want to vote in them. JustSomeDude...  Talk | 06:14, January 25, 2015 (UTC)

Oh, I think you're talking about how I archived my talk page. Peridocially editors who get too many talk page messages will cut/paste them all to another page so that they can still all be read. At the top of my talk, I've got a few tabs where I link my talk page archives. This is allowed by the rules we decided on. Did that answer your question? JustSomeDude...  Talk | 02:20, February 27, 2015 (UTC)

Retrieved from "https://onepiece.fandom.com/wiki/User_talk:Jaguar_D._Paul?oldid=1647490"
Community content is available under CC-BY-SA unless otherwise noted.