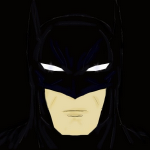 Jaimin you have really got to stop puting dots all over peoples blogs. dont use it as comments to get youre edit count up you will end up being banned. From SHB

Unfortunately I too, have to agree. I'm usually against banning, but a temporary ban will follow if you continue like this, it's really bothering and it makes no sense.... I don't know why you do it, but if you do it to gain some edits then it's really stupid... The Humaniod Typhoon Talkco

seriously man wtf that message that was about somone had nothing to do with you wtf are you talking about. From SHB

I have asked you several times to stop posting that crap on my wall it makes no sense and its really starting to piss me of just STOOOOOOOOOOOP! Straw Hat Boy 07:44, January 17, 2012 (UTC)

jai man seriously what is up with all the messages on my talk page and the pointless and random comments youre leaving everywere. cmon man seriously its anoying ure only doing it to get ure edits up dont think people havent noticed please stop Straw Hat Boy 12:14, January 19, 2012 (UTC)

It still needs a lot of cleaning up I'd say. I had to chance the opacity of the bubble to make it look transparent. But since I don't have a steady hand or photoshop anymore it's all I can do. I'm not the best editor. I used Photobucket's editor just to do this. The first link is an attempt to use two bubbles. I trimmed one picture too much though and you can tell.

To make this official,you are from now on a member of one of the two main pirate crews of this wiki,Espada pirates.

As for the power level,we said,i am Luffy Marimo is Zoro and you are Sanj in a scale ok? XD

Hi Jai, I finally caught up with Beelzebub!

Congratz on crossing 1000 edits, I know this is late but I just noticed few minutes ago. Good luck to your next milestone :P

DP gave me permission to advertiseEdit

Well, strictly speaking the Skype group is just a backup for when the wiki breaks, but sure. My skype name is tsimdavis, add me and I'll add you to the group. Wiki chat isn't completely dead yet though.

Hey Jai, sorry, but we're not going to use Twitter anytime soon. First we'll see how well Facebook and Tumblr go, then we'll go on Twitter. I'm giving it a few months before getting started on Twitter. Jademing (talk) 02:10, February 22, 2015 (UTC)

I didn't connect Tumblr and FB because that feature sucks worse than my science teacher sucks at teaching science. Another thing, I'd like to talk to you in the chat. When is a good time? Jademing (talk) 12:55, February 24, 2015 (UTC)

Hey Jai, sorry I'm so late with this. You just messaged me while I was gone for a bit and this just fell through the cracks. But yeah, I looked over the site, and it looks good, and I'd love to be affiliated with them. In fact, Calu already added them to the bottom of the mainpage, which is where we link Arlong Park. So you should be able to talk to them and tell them we're good to go now. Thanks. JustSomeDude...  Talk | 01:18, March 12, 2015 (UTC)

Your Secret Santa has checked his list, and you appear to be relatively good. As such, you get a superhero gif spam!

Retrieved from "https://onepiece.fandom.com/wiki/User_talk:Jaimini626?oldid=1575646"
Community content is available under CC-BY-SA unless otherwise noted.