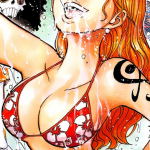 Creepy Law is happy to answer all of your questions!

Greetings, I'm JSD, and I'm an Administrator here. My goal as part of this community is to help make editing a great experience for everyone here, for new, old, and even unregistered users. I want to help make that happen with my privileges as an admin.

This is my talk page, feel free to leave me a message here if you ever want to communicate with me. Keep a few things in mind though:

Anyways, I hope I can help make your experience as part of this community as pleasant as possible. JustSomeDude...  Talk |

DEMOTE ME WILL YA --Koromo

So the One Piece Role Playing wiki asked me for an affiliation with us. Want you hear your opinion, since we already have another fanon site like this. Yata Talk to me 01:41, May 25, 2015 (UTC)

Done. Ivankov basically said literally what needed to be reffed.

And yeah I forgot to remove the gravestone from the page after the emoticons were reinstated. Not planning to remove it though.

Thanks for the informative help on the image guidelines (and yes it did scare me, just a little bit). When I add the episode title screen shot what type of image license should be used as the license guidelines are a bit confusing? Dragonquiz (talk) 19:17, June 14, 2015 (UTC)

I'm not insulting ST. I was just talking about him with Joekido and Aurora and both times I didn't start the conversation. Did you notice it? Otherwise I would have been silent.
With Aurora it sterted when I was copying his attitude, because people (like you right now) were saying that people can write that type of comments. And I accepted it. But then I can not tolerate Aurora, who said that I can't just say "no, I'm right". And then I found supernova's post, which confused more me.
With Joekido... I don't even remember how it started. You're free to check yourself.
And you say that I can write to you if I think a person deserves a ban. Ok. Then please check the link that Kaido posted twice on my talk page. I removed it both times because I felt insulted. Maybe it's not a flame, however I felt insulted. So was I allowed to remove it? --Meganoide (talk) 22:37, June 28, 2015 (UTC)

Ok, ok. Does it exist a limit for the times I alert you for a person who deserves a ban? Actually, I don't care about the bans. I'd like to write to you if I think that someone deserves a warning. he It's your work to choose between a ban and a warning. --Meganoide (talk) 08:15, June 29, 2015 (UTC)

Is it possible for you to make some sort of "Active Project" Template to add to pages like this, so that they show up on community messages? It's kind of a pain to have to look for the page in the activity feed or using the search bar every time. JapaneseOPfan :: Talk 16:32, July 1, 2015 (UTC)

I'm sorry for my behavior lately, and my treatment of Mega in particular; I wasn't trying to antagonize him either time but I guess things got out of hand. I think I've been on here a bit too much lately and my decision-making has gotten fatigued, so I'm giving myself a break and retreating back into the blogosphere for now. Kaido | Remnants of My Broken Sig 18:39, July 5, 2015 (UTC)

It's not just the warnings, which I knew I was getting and deserved; I've actually been considering this for several days now. The amount of editing I've done recently has stressed me out to the point where I've literally felt physically ill. I'm not going to abandon articles completely, but mostly I'll do my typical chapter update edits and an occasional volume instead of the heavy patrolling I've found myself doing lately. Kaido | Remnants of My Broken Sig 19:16, July 5, 2015 (UTC)

Hey JSD, per this forum I was wondering if I could join the Facebook group. I am very active on Facebook, going on about 4 or 5 times a day. I could post chapter and episode updates since I am usually on top of those things, as well as post trivia and facts such as birthdays and things like that. Kaido | Remnants of My Broken Sig 19:21, July 6, 2015 (UTC)

I'd also like to help out. I check Facebook several times a day and I was thinking maybe I could answer questions people send in like Jade and Ryu have been doing with the Tumblr. Is there a way to set up something like that with Facebook? Videogamep Talk 18:28, July 8, 2015 (UTC)

This is the longest I've seen a day go by without the Birthday User getting a talk page message. Allow me. HAPPY BIRTHDAY I LOVE YOU YOU'RE BEAUTIFUL NEVER CHANGE BEST ADMIN 2016 BIRTHDAY BIRTHDAY YES. From, your secret crush. Ryu-Chan•|•Talk 15:46, July 7, 2015 (UTC)

Re: Finish what you start

Sure thing, I just haven't been posting on that particular one because I already threw in my two cents and all the messages after that were about my writing style in comparison to others, which I felt I couldn't really talk about without letting a whole lot of bias through. But now that it's moving onto content I can most certainly join in again.--Xilinoc (talk) 05:23, July 17, 2015 (UTC)

Questions about the “Characters in Order of Appearance” section

Hello, I have a couple of questions about this section and I was wondering if you could help me.

I understand. Thanks for answering, it really helps. BTW, I noticed that in Episode 496, an unnamed character was included (Sabos's mom), was it an error or is it something optional? DekkenMinus (talk) 03:22, July 24, 2015 (UTC)

I need advice on how your wiki managed to preserve artwork and other highly copyrighted media on your wiki despite the potential for copyright strikes from Shishuiea, Toei or others for misattribution. I need advice for a user on another animanga wiki who uploaded a bunch of raw chapter images to have a few of them strikedowned by a staff member (a valid action if its the copyright owner requesting it).

Thanks, man. I've credited your wiki to add image rationale templates to mine. Thanks for your help, I'm going to go to the To-Love-Ru Wiki for censorship help as your wiki is shonen and all the nudes can be just struckdown without your articles really relying on them (except some special cases I've seen while reading this wiki before my account-creation days). You should know that your wiki is an inspiration to pretty much all of the animanga wikis out there, including mine for the most part. We've got Unok-sama helping us so my buffoonery is kept in line (hehe). Hopefully our wiki will continue to grow (just after I add the fanfiction and spoiler warning to the main page).

PS: I've interpreted your message "feel free to "steal" our templates" as permission to source it, after I link to this page and your template and credit you. I've also credited WP as that was your source.   Speedit  NoPicAvailable.png  talk contribs  15:24, July 28, 2015 (UTC)

So any chance you could change that drinking problem one?

Well, if you want to keep the longer one that'd work too, but thanks.

Do my eyes deceive me?

Retrieved from "https://onepiece.fandom.com/wiki/User_talk:JustSomeDude...?oldid=1278706"
Community content is available under CC-BY-SA unless otherwise noted.