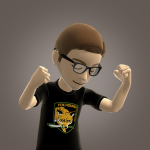 For talk pages and forums, we do NOT change the spelling of names, or alter talks and posts of others no matter how different Oda spells them. Just leave them as it is. Yata Talk to me 16:55, July 22, 2012 (UTC)

Messing up with Links

Hi,
you keep messing up with links on your forum messages. I don't know how you do this and whether or not it's a bug, but please use "preview" to check the diff before publishing. Example here. Thanks. sff9 16:57, July 22, 2012

hmmmm.. I don't have anything to do with it.. I see it happens when I edit but I just write the added part, I'm not messing in any way with the links!

It appears you don't know how, so I'll show you how to link, instead of using the entire url. For Monet, you put [http://onepiece.wikia.com/wiki/Monet Monet]. It's rather ugly, and long to copy and paste the entire url in. However, there's another way to link, and a much easier way to do this. If you was to type this in source mode; [[Monet]], it would show up as Monet, the same as if you would use the url for it, but much neater and quicker. You get it?  Jade Talk   16:01, July 25, 2012 (UTC)

I already knew that, actually it was not me! I know its ]] and [[ but I copied the short summary into a text editor and then recopied so the hypervincules were still there, my mistake, sorry! But I knew of that.. don't worry but anyway thanks^^ Khaliszt (talk)

You're not understanding me, lol. Read the long summary, it is complete, by scratch and everything is perfectly summarized, with all the details. What i mean with "copy the short summary" is that I took the text to get the links faster into a TEXT EDIT programm, off-wiki. I erased the words and re-write them into the long summary i wrote, BUT i did it without taking the hiperlinks out, so they remaint as links, but my intention was to write it with ]] and [[, which I know is used for shorcuts on pages. Khaliszt (talk)

I've also known a few wikia to die out because they didn't let newbies edit their wikia, thats why you can't discriminate and you have to embrace newbies while they learn how to become a veteran. They literally are the future of any wikia on a lng term basis. One-Winged Hawk (talk) 17:15, August 4, 2012 (UTC)

Totally totally, did you read the examples i gave you? Horrible!! It's important to have new editors always around. More points of view, more quality. Khaliszt (talk) 17:34, August 4, 2012 (UTC)

Thanks, that would really help me with putting colors for background and infoboxes. Much appreciated. =D Yata Talk to me 17:26, August 21, 2012 (UTC)

Yep! That is right what I was thinking about :D I'd like to change some infobox colors i had in mind but i wanted to talk about it with an administrator before doing anything! Khaliszt (talk) 20:40, August 21, 2012 (UTC)

haha ive been keeping up with the whole sabo thing and i feel bad that your post keep getting deleated :o there deleating ur hapiness Dx ur just giving ur opinion

So I hear your blogs keep getting deleted

http://onepiece.wikia.com/wiki/One_Piece_Encyclopedia:Spoiler_Rules It's recommended to throw away socks after a year 22:24, December 10, 2013 (UTC)

Everything is spoiling about your blog, if you don't find it spoiling you are either not familiar with wikis and generally manga sites that actually respect their members or too noob to tell the difference. Pick one.  Staw-Hat Luffy  Talk  22:32, December 10, 2013 (UTC)

You are spoiling and trying to be a smartass about it. It's not clever and it's not impressive. Grow up. And nice picture on your profile. Very original. It's recommended to throw away socks after a year 22:34, December 10, 2013 (UTC)

Retrieved from "https://onepiece.fandom.com/wiki/User_talk:Khaliszt?oldid=1568277"
Community content is available under CC-BY-SA unless otherwise noted.