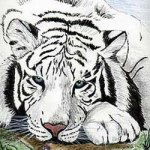 Hey Levi, can you help us out and use your bot to rename "Whole Cake Island Arc" -> "Totland Arc"? AOD and I were just gonna do it without bots since it's a relatively new article, but wikia's search function seems to be down. I think I've got it in a bunch (if not all) of navibox templates already. JustSomeDude...  Talk | 16:17, May 31, 2016 (UTC)

Also, for the first part of your question to Klobis, Pekoms said in 827 that the Totland islands are led by ministers, and Cacao Island is led by the Minister of Chocolate. So Muscat is one of the ministers. Kaido King of the Beasts (talk) 23:47, June 17, 2016 (UTC)

Hello Levi! Since apparently Totland is spelled as "Totto Land", we were wondering if you could help us change all the Totlands into Totto Lands. We are simply horrible with bots, so we came to you for your much needed help. If it's not too much of a hassle of course. Cheers, Aurora[1] | Yes? 15:17, July 28, 2016 (UTC)

Hey, Levi. I hope you can help us with a few problems we've had ever since the switch to portable infoboxes.

Hi Levi so I got some updates about DA slider. I talk to Tierrie and he says that this will be very helpful http://dragonage.wikia.com/wiki/Help:Portal In his own words "the help page describes the basic templates that need to be created as well as the relevant section of code that needs to be copied they are all documented so it is easy only if you have a basic knowledge of css and javascript. He has also commented on the forum http://onepiece.wikia.com/wiki/Forum:Main_Page_Redesign?diff=1358979&oldid=1358974 Not sure, who else on the wiki is good at coding that can help you or if you know anyone else. I dont know anything about the coding, but I did make the trees for content and they are found on the forum

The Template:Switch/doc and Template:Switch infobox/doc are really out of date and needs to be redone since we no longer use the current method(s), I could fix it but I am not really good at those kind of things. Dragonquiz (talk) 03:17, August 7, 2016 (UTC)

Outdated as it may be, I've found no working alternative to it. I'm really not sure what caused it to cease functioning in the first place, but guess I'll just have to keep trying to troubleshoot. Azerik92 (talk) 02:04, September 27, 2016 (UTC)

You're moving of those article space Portal pages, to template pages, is incorrect, please move them back to the portal space, they will not work while they are in the template:space

The javascript is written to make it work from the portalspace, I do not wish to change the javascript, or the way that the slider is built. Please move it back to the portal space.

You should have asked me, why it was in the portal space, instead of simply moving it over without asking anyone.

Hey, Please join the wiki's chat, I would like to have a word with you.

Time limit on IP's, gotcha. And yes, we were talking about the anon lock. Is it possible to lock the wiki down for a while for anons in cases of emergencies like this? Just to have an independent red button instead of waiting for someone to arrive. Aurora[1] | Yes? 17:38, September 5, 2016 (UTC)

Hey Levi! The script seems to be working fine and will surely be of great use in creating new pages, so thank you. Also, thanks for showing how to add new templates on the list, I'll try to add more to it later. Aurora[1] | Yes? 16:41, October 14, 2016 (UTC)

Yeah, there's definitely that hoary old bug of PAGENAME not working within IFEXIST.

But remember that the MediaWiki bug reports associated with this issue are mostly inapplicable to our situation here at One Piece -- not to mention being very old.

Even the closest bug report from the MW site doesn't quite match up with what's going on here -- and that forms the basis of my frustration. Specifically, there are two things that one wouldn't have expected, based solely on those old MW reports.

One of the things not documented by those MW bug reports is just the simple use of PAGENAME outside of any parser function. So the following doesn't work within PIs, whereas it does in general wikitext:

where the PAGENAME includes an apostrophe

That simpler usage is not predicted by the MW bug reports, and so that's been filed as a bug with Fandom engineers.

But what's even weirder, and what suggests some sort of interaction with the PI code, is that these two things actually work in exactly the same way on the page Tom's Workers:

Both, when placed outside the infobox, result in Tom's Workers Infobox.png. This, to me, is weird because according to the bug at T37746, it should instead be returning the "do this if false" bit -- or NoPicAvailable.png.

But you're absolutely right that the old fix-from-last-decade of TITLEPARTS wrapped around PAGENAME will work for what's ailing you here at One Piece. So thanks for fixing that up!

Hopefully, we'll be able to get a fix that doesn't require TITLEPARTS. The overall goal of PIs is to make things as simple to read as possible, and (the frankly random use of) TITLEPARTS is a bit more complex than we'd typically like for a PI. -- CzechOut 15:58, October 15, 2016 (UTC)

Thanks for fixing that one. Could you also look at the other unused infobox images? I'd fix them myself, but I don't know much about code and it looks like there's multiple problems there are a bunch of unused infobox pictures that don't have special characters messing them up. Videogamep Talk 04:44, October 16, 2016 (UTC)

It was a scrolling shot, so I took several screenshots and joined them together. Just gotta layer them in a way that the text box stays beneath the clear view. The category for these type of images is Category:Merged Images. Awaikage Talk 12:55, April 23, 2017 (UTC)

Well that's good to know. I always remembered that <13 year old wikia users should be held back. Did the rule change somewhere? I'll unblock him to stop his massproducing of socks. Thanks, Levi Aurora[1] | Yes? 17:29, May 3, 2017 (UTC)

So the problem is with the templates Template:Qref/cover and Template:Qref/cover numbers. They hadn't been updated for a while so the latest cover stories didn't have functioning references. I managed to add the new cover stories somehow but I don't really understand how it works and the references for the latest cover story, The Stories of the Self-Proclaimed Straw Hat Grand Fleet are still broken. It lists the parts as "Vol. 1.2", "Vol. 2.2" and so on. Can you check out what's wrong and possibly create some kind of explanation so it'll be easier to update the templates in the future? Awaikage Talk 11:25, June 29, 2017 (UTC)

Great work, that template is much simpler to use and the documentation explanation is good. All the references seem to be working properly. Thanks a lot! Awaikage Talk 15:42, June 30, 2017 (UTC)

Retrieved from "https://onepiece.fandom.com/wiki/User_talk:Leviathan_89?oldid=1430824"
Community content is available under CC-BY-SA unless otherwise noted.