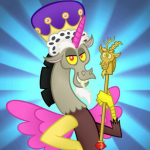 dont post stuff like what you just did in talk pages, it is considered spam and will be deleted--Quoth The Raven "Nevermore" 00:41, June 4, 2013 (UTC)

if you had looked carefully you would have noticed i move your post below and placed it under a header, btw i think you need to read up on what a logia wielder can and cannot do--Quoth The Raven "Nevermore" 16:33, June 4, 2013 (UTC)

there is a difference between what a logia fruit wielder can do and what someone with fire superpowers can do. a logia wielder can become and produce their element but not stuff like what youre talking about--Quoth The Raven "Nevermore" 22:00, June 4, 2013 (UTC)

I'm gonna make this blunt and simple. DO NOT APPLY YOUR OWN OR ANOTHER SERIES'S RULES TO ONE PIECE. Your argument is all over the place and none of it has any relevance. We get it, you're a pyrophile, there's no need to get pissed off and cocky about a plot device. On here, we go by what's been established in One Piece, and nothing else. In One Piece, magma smothers fire. Deal with it. No one here gives two craps and a casserole if another series or person thinks differently, no one cares if there's never been a magma comicbook superhero, and no one cares if fire can make a phoenix or whatever bs you're spouting. If fire loses to magma in One Piece, then fire loses to magma and there's nothing you can do. The sooner you stop being an ethnocentrist and start signing yuor damn posts, the sooner we can all get along.DancePowderer Talk 22:53, June 4, 2013 (UTC)

And there inlies the problem. Applying normal logic to One Piece is like applying sun block to ice cream. It never works and no one's happy with the results. Just accept that magma beats fire in One Piece and stop complaining otherwise. Complaining excessively won't get you anywhere here, other than on peoples' bad side. And again, you're applying an idea from another series entirely, which is putting sun block on ice cream again. As far as we know, Logia users can't "evolve", nor can Paramecias. Your hare-brained theory about Luffy's 2nd and 3rd Gears being evolutions makes no sense, because if you listened to what Lucci and the rest of his crew say, it technically can be done by anyone, but Luffy's rubber body prevents him from incurring any damage with it. The closest thing you can apply your little desire to is Awakened Zoans, but we still know next to dick about how they work, so even now no one's assuming anything about them. The only thing Paramecia and Logia users can develop over time is increased control over their powers. After that, what you see is what you get, and it's pointless to complain about it.DancePowderer Talk 06:28, June 5, 2013 (UTC)

maybe i can make this simple for you, magma is a combination of the fire element and of the rock element and as we know from pokemon rock is super-effective against fire, so we can make this into a math equation: (fire)/(fire)(rock) so the two fires cancel each other out making: 1/rock = magma is super-effective against fire. there does that make it easier for you to understand at all?--Quoth The Raven "Nevermore" 19:00, June 5, 2013 (UTC)

Even disregarding the canonicity of the anime, just because the anime didn't show Luffy using Haki does not mean he didn't use Haki. If you look at all the pre-timeskip uses, not a single one shows the user making their fist go black - that effect reinforces but it isn't needed to use Haki. For proof, look at the chapter where Pekoms punched Caribou - his hand looked normal but he still used Haki. It's recommended to throw away socks after a year 19:28, December 12, 2013 (UTC)

As far as I can tell, Luffy only used Haki/Kenbunshoku_Haki to dodge the Pacifista's lasers. He didn't use Haki/Busoshoku_Haki to reinforce his strike, or his arm would have changed colour, and there was no need to use that one otherwise. So that wasn't a Gear 2nd with Haki - that was just a Gear 2nd punch, which is now as powerful as a pretimeskip Gear 3rd punch. It's recommended to throw away socks after a year 14:10, December 14, 2013 (UTC)

So you're invulnerable as far as brute force goes, and you can use that force back at people. Even disregarding that you're still extrememly vulnerable to heat/cold/lasers, have we seen a DF that is a tool before? I don't mean a tool that was given a DF, like Funkfreed, but beyond speculation of "oh that's cool" it's very unlikely to ever happen.

Talk pages are only meant for discussing the content of the article, not theories. That kind of thing should be in a forum or a blog. Videogamep Talk 03:30, April 26, 2015 (UTC)

That's just the policy here. They're primarily just used for resolving disagreements about the article. Like I said though, that kind of question would work just fine in a forum or blog. Videogamep Talk 22:05, April 26, 2015 (UTC)

Retrieved from "https://onepiece.fandom.com/wiki/User_talk:Lightbuster30?oldid=1577488"
Community content is available under CC-BY-SA unless otherwise noted.