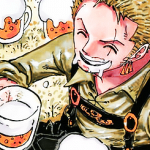 Man of Myth is Dayman

Welcome Man of Myth is legendEdit

Mom since you now have a new crow DF will your epithet remain diamond shark?

A ship is NOT an organization member Edit

Tell me what you know about User:Roranoa zoro  Tuckyd  Idea Station  Hi There

The power blog is upEdit

There's the link, have fun

My apologies for the miscommunication Edit

Since my literature has given you a wrong message, I am saying sorry for it.

Have a good day.

wow. This is unnecessary see this as borderline offensive.   Man of Myth (UTC)Talk to Me

No MOM, I am seriously and sincerely apologising for the miscommunication we had over the forum. How come you are seeing it as offensive?- AY -

I don't do bribes I am only asking for fairness.

love the avatar :) Toriko is in my top 5 favorite ongoing shonen battle (w/e) type mangas (for shonen, it comes after Hunter x Hunter and One Piece directly) lmao Teppei is a beast though especially with how he fucked up Tommyrod and such XD which while i hate the anime (its wayyyy to campy) looked awesome XDUltimate Law of Kaitlyn 23:34, May 30, 2012 (UTC)

The time has come Edit

DP gave me permission to advertise. If anybody, hit him.Edit

Reply to your message Edit

This isn't the first time Oda has screwed me over.   Man of Myth (UTC)Talk to Me

Hi, I saw that you have a gallery template on your profile page. I just wanted to inform you that a new template,{{Portrait Gallery}} has recently been created and it uses very simpler codes so you might want to update your profile's gallery. Have a nice day.  Staw-Hat Luffy  Talk  18:57, May 16, 2013 (UTC)

My profiles Gallery was one of the first things i learned to code, i'm not a template sauvy guy so i wish to keep it in memory of that day.   Man of Myth (UTC)Talk to Me

Het gets what I mean :D The Humaniod Typhoon Talkco

The guy who I stole from..Edit

Speaking of Secret Santa, I haven't told you who you're giving to. Get on chat in the next few days or be named and shamed. It's recommended to throw away socks after a year 23:48, December 21, 2013 (UTC)

Could you templetize your sig? If a signature isn't a template the code takes up a lot of space. This blog has instructions on how to do that. Videogamep Talk 05:27, September 15, 2014 (UTC)

Hello, MoM. You probably don't want to talk to me, but I'm going to talk to you anyway. I'm very glad to be here with you tonight as I'll be able to talk to you about some things I've established with myself some time earlier tonight.

Me and JSD have been discussing the idea of the demotion forum that I had planned in my head (and actually wrote but never posted) earlier today, and after some discussion, we both convinced each other that the idea of a demotion forum was blowing it way out of proportion. It was really a silly idea, but it seemed reasonable at the time, as there were no administrators around to kick or warn either of us during both instances, and it would have looked incredibly silly for an admin to ban after the fact. While I'm not sorry for my anger towards you initially that one night, I am sorry for blowing things way out of proportion when you asked for forgiveness. The truth was, I forgave you, but I didn't forgive the fact that you did it as a moderator. Even that was a little wrong, on my part, as JSD pointed out.

What you did was a dick move, sure, but it wasn't an abuse of your rights like I had initially called you out on. A rights abuse would be banning someone who didn't need it, and you didn't do that. So I was wrong on this instance too, and we're both at fault.

I want to apologize though for attacking you in chat today and going off on a tangent. Staw was right, I was the one who was doing wrong there. I would have also liked if you apologized too, and I was angry that you were implying I should have forgave you anyway despite you saying nothing to me that sounded like an apology, but that's irrelevant. I want you to know I'm now fully aware I blew it out of proportion and I'm sorry.

You're a good friend of mine, despite the two instances of trolling that happened these past 4-ish years we've known eachother. I take responsibility for the situation - and let's put it all behind us, 'kay?

I took notice that you wished you had a middle finger sig for chat mod check-ins. Would this do?

Oi Oi, Thank you soo much! This erases my rage at you making me lose that contest. Also could i get a proper translation, the one I got was " Fuck Admins" please confirm if it is correct.   http://i1187.photobucket.com/albums/z398/Calu-cha/PinkRose1_zps4352ea44.png 性交? http://i1187.photobucket.com/albums/z398/Calu-cha/PinkRose2_zps4e4e1d35.png

hello po.. can i ask something??

The time has come Edit

Retrieved from "https://onepiece.fandom.com/wiki/User_talk:Man_of_Myth_is_Dayman?oldid=1575062"
Community content is available under CC-BY-SA unless otherwise noted.