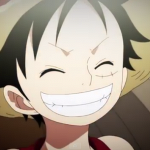 So you signed up to the Grammar Crew a while ago. You don't remember it? Too bad! Let me know if you're still interested, or if you'd rather not get involved now.

Hey Mizu, seeing as how you signed up, are you still interested in being a part of Updating Crew? Reply if you're still interested. Kaido | Remnants of My Broken Sig 14:06, March 31, 2015 (UTC)

Hey Mizu, I know the raws probably aren't gonna be out for awhile, but could you check something for me when they are? this page can you check to see that Doffy's line about Luffy using Haki to harden his skin actually mentions him "hardening his skin"?

Also, if you know of anywhere that the manga actually talks about using Haki to "coat" things, that would be cool. I'm beginning to wonder if saying that people "coat" things in Haki is incorrect, and that they just harden things that already exist with it. Thanks. JustSomeDude...  Talk | 18:36, April 23, 2015 (UTC)

Hey Mizu, can you check both of the discussions on "Bounceman" and "Python" on Talk:Gomu Gomu no Mi/Gear Fourth Techniques and check the translations? Thanks. JustSomeDude...  Talk | 15:41, April 28, 2015 (UTC)

I've been dared to do this Edit

Retrieved from "https://onepiece.fandom.com/wiki/User_talk:MizuakiYume?oldid=1690270"
Community content is available under CC-BY-SA unless otherwise noted.