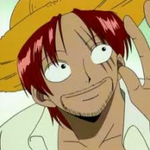 First of all welcome to this wikia..Secondly as there are few Chapters that have that and it looks pretty bad,i need to complete the others too.I began it from chapter 200 now.I'll be gone for 2 months,if you want start from older chapters to help.. ++LuffyPirateKing++ (What?) 16:17, April 17, 2011 (UTC)

Retrieved from "https://onepiece.fandom.com/wiki/User_talk:Mugiawara_no_shanks?oldid=1574615"
Community content is available under CC-BY-SA unless otherwise noted.