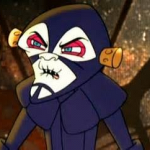 I shall be, who would make puns about nobody if I wasn't around... BAKA! User:Nobody700

I have been banned for 'Harrasment' really all i did was joke around and make a wron judgement of accidently calling a male use a female user because i mistook his AVI, so... can i talk to a administrator for getting back in?

Also I have checked on the ban's, I was supposed to get a warning before I should have but I did not, also I was punished for insulting people, but I was also insulted by the person who kicked out my blogs, I, the closest insult I ever made in a non comedic way shown, was when I called Galaxy9000 a women when he was a man, I am sorry for that but I did not know at the time, so, may a administrator help me or give me a good explained reason why I should stay banned? (Nobody700 (talk) 03:51, April 14, 2013 (UTC))

I don't have a sig. Unless this counts.

Oh, give it a rest. It's only a 2 hour ban. Normally if someone admitted to being a sock that'd be it. Even I've been chatbanned before. It's recommended to throw away socks after a year 00:34, February 10, 2014 (UTC)

Oh look, first time I go to your profile since you joined and made fun of MDM (good good days) andddd IT'S YOUR ANNIVERSARY! Hey, happy one year in here. *Reports Nobody to staff* No more anniversaries for you---I mean HAPPY ANNIVERSARY!  Staw-Hat Luffy  Talk  16:54, April 6, 2014 (UTC)

^ He's back, and now some guy named King needs him more now.

Retrieved from "https://onepiece.fandom.com/wiki/User_talk:Nobody700?oldid=1577342"
Community content is available under CC-BY-SA unless otherwise noted.