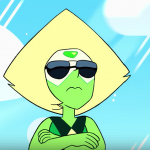 Just so you know, the gorilla accompanying Sengoku is called Uhho and should be included with the characters in Episode pages Kaido King of the Beasts (talk) 23:03, May 31, 2016 (UTC)

Thanks for mentioning it. I thought it was an animal Doflamingo took as a prisoner.

Yes, all named characters should be included regardless of role. That being said, don't put unnamed characters into the section. Kaido King of the Beasts (talk) 11:53, June 26, 2016 (UTC)

Because despite having a pointy nose and a tall hat, the person sown in chapter 845 has different hair and taller hat in compartment to his head, and while Brownie's pointy nose is short and pointed up, that guy has a long pointy nose the points down. They are not the same guy. 19:37, February 8, 2018 (UTC)

I talked to User:Kaido King of the Beasts about the issue, and he said and I agree that with little information we currently have it's best to leave it as is until more detailed are cleared. Basically, my argument is that if the group is from 20 years in the past, it doesn't necessarily mean they traveled 20 years, they could have been sent 10 years to the future and spanned 10 years in the present (I hate time travel grammar), meaning Momo might really be 8. We should wait at least until the next chapter. Rhavkin (talk) 11:50, October 1, 2018 (UTC)

Retrieved from "https://onepiece.fandom.com/wiki/User_talk:OishiLover75?oldid=1527425"
Community content is available under CC-BY-SA unless otherwise noted.