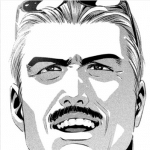 i made this signature for you, since you asked for one in the chat, it's my first one ever :D anyways i hope you like it, and if you want any changes just tell me and they will be done

don't forget to use your cursor to go over the letters X, -RA, PT and OR and the border of your signature(and btw tell me what browser you use, because this signature looks WAY better on google chrome and safari)

tutorial to make the signature, http://onepiece.wikia.com/wiki/User:X-RAPTOR/sig1 you have that already, so just make another page (add page, blank) and write as name of the page: User:X-RAPTOR/SigReal ok after you did that press edit, and write in that blank page: "User:X-RAPTOR/sign1"(go into source mode to see this) and press publish after you did that press "edit page" once more and copy the signature then go to your preferences and paste the code in the place of your current signature i really do hope this helped XD The Humaniod Typhoon Talkco

X....i'm sorry to say it bu-no wait first of all, i like your signature A LOT, but there is one rather great detail, you have to make that other subpage...or els you get the problem you have now(check out your signature in source mode), btw if you want your signature to link to your talk pages and blogs, there is no problem for me to add that The Humaniod Typhoon Talkco

Can you make your signature a "template" like everybody does? (like User:username/sig) Because the code will show up in the page otherwise... thank you. leviathan_89 10:39, 24 September, 2011 (UTC)

I love you too, X. You may pick one day of the week xD

I did my best. Bit sloopy at ending cause I was tired. Hope you like it.

And for your birthday cake... HERE: http://3.bp.blogspot.com/_HN3tigaU1Bk/TGSf6_oR9QI/AAAAAAAAHLo/sbY0sfiANBU/s1600/stripper_cake.jpg

Mornin X, I prepared a gallery for you, a hentaio gallery, I hope you'll enjoy it here. I'm sorry if it's too short, but I chose the best I could find(I am picky).

I hope you'll enjoy this day at max. Get laid, and may your wishes(that aren't really really wrong) be fullfilled.

I forgot~ Here is your present X! http://i.imgur.com/sklNd.png

I know you're enthusiastic about uploading images, but guidelines state no watermarked images, nor images with scanlation/fansub texts. Yata Talk to me 23:05, December 26, 2011 (UTC)

The power blog is upEdit

There's the link, have fun

About uploading that Hody picture, could you at least use the correct angle, not inverting left and right? Yata Talk to me 12:09, February 26, 2012 (UTC)

Oh, by the way, Klobis had a good reason for keep reverting against your upload for that picture: read the file name "Hody Jones Full.jpg". Full, as in full body. Yata Talk to me 12:12, February 26, 2012 (UTC)

If you want a head-shot of Hody, then upload it in a different file name indeed. But we are using the full body shot for the infobox, so no conflicting please. Patience is of a virtue. Yata Talk to me 12:24, February 26, 2012 (UTC)

-I saw so many images with watermarks, so Is it Bad to have images water mark ? i just wanter Hear to be fully visable , as you can see his hand and hair are cut from the image . Thank you and sorry .

The image you uploaded merely shows Bellamy's legs being coiled up. The other image not only shows his legs as springs, but also Bellamy using his legs-turned-springs to jump, which is the main purpose of the Bane Bane no Mi. This is probably what Yatanogarasu meant when he said that the original image shows more.

"Latest chapter clearly states this", be careful because the names are chosen by the scanlation group, so they don't really matter, for example next chapter they can change it again. The only romanizations reliable are the ones written by Oda in the pics (those not edited by the scanlation groups, for example when a character is introduced and has his name in the background in latin characters). Anyway this should not be a problem since in the talk page many opted to change it to Monet. leviathan_89 13:38, 18 April, 2012 (UTC)

Re: Hmm Im Sorry but whyEdit

X can you check this page and hepl me inprove it Jaimini•626•Talk ✩ http://i1175.photobucket.com/albums/r631/jaimini626/WatchOnePieceEpisode531EnglishSubbed-WatchOP1.png

There are no pages on this wikia called "Luffy", "Zoro", etc. When a page links to these pages, it's a mistake, because it should link to "Monkey D. Luffy", "Roronoa Zoro", etc. The redirect is only a simple way to hide the mistake. Adjusting links means deleting mistakes. Even if thwy can't be seen, those mistakes exist. Until I adjust them. --Meganoide 21:30, May 24, 2012 (UTC)

please base your vote on what has been discussed in the forum and not on the two recently created forums, since that is just unfair. (OnePieceNation 22:02, May 24, 2012 (UTC))

DP gave me permission to advertiseEdit

Yossu, im just here to ask you to just make up an extremly flashy and powerfull move for Sher to use. Somthing like a projectile pls XD. Name and small description pls! :P

Yossu, X! Oshishashiburidana~a! So i need your help here! It is officially been 1 whole year since the founding of the espada pirates, and i am already working on a drawing of all the members (the main ones) of the crew :P So , here i ame, asking: 1) do ou have any model for Sher and 2) do you want me to portrait him as lion-man or man? (no lion ^^) See ya soon :P

Sorry to drop this on you, but please add categories, licensing templates and source for ALL the images you upload. Also, please do NOT just jam an image into the middle of a sentence. I'm saying that [[:File:Aokiji Scars.jpg]], which has none of the things the guidelines require, and it's jammed right into the middle of a sentence. Yata Talk to me 04:15, November 30, 2012 (UTC)

Can you please categorize all the images you've uploaded? Otherwise it means deletion. Yata Talk to me 02:30, December 5, 2012 (UTC)

Thanks X, but you underestimate my Dark Souls Uberfan-powers *^* I found out about it 5 hours ago :P Thanks nonetheless ^^

Could you please vote Forum:OnePieceNation.

Man you just don't get it. Bartolomeo's power is like children fighting

" Barrier Barrier, I made a barrier your insult just flew back to you"

" Double barrier your barrier is negated and you can't make a barrier! "

Now how did you win these childish fights? That's how you beat Bartolomeo

Dude, pc crashes everytime I join the chat. Dunno what the fuck is GOING ON!!! I'll go for 2 days so I guess see ya on Sunday man.

P.S: MDM if you're reading this, dont leave the wiki without me you bastard :D

Oi X.. it's been some time, i was hoping you'd be finished by now. Sadly i don't have much time before life gets busy for me again. If you do not make it before wednesday i will take it as a forfeit.

*spanks X-raptor* hey there beautiful, i was just wondering... how long is it?

Hey X, can you please give me the link that you gave me some time ago for the site where you download manga? I thought I had bookmarked it but apparently I didn't.  Staw-Hat Luffy  Talk  13:03, September 28, 2013 (UTC)

Not sure if you read itEdit

Hey there you good looking fellow dinosaur ;) Santa has left you some very giving gift :) Hope you enjoy your present x http://i1037.photobucket.com/albums/a460/TheRaptorofLove/tumblr_m77cwkOAIH1qhcw70o2_1280_zpsb04ba67e.jpg

hey x, im sorry i regret what i said on chat earlier, i definitely went too far in my argument with staw. also, thank you for ending my ban early, though i think im going to stay out of the chat until when my ban would have originally ended--Quoth The Raven "Nevermore" 03:41, December 16, 2013 (UTC)

sry i was blocked

Ahoy X, I hope you have a very Merry Christmas :D 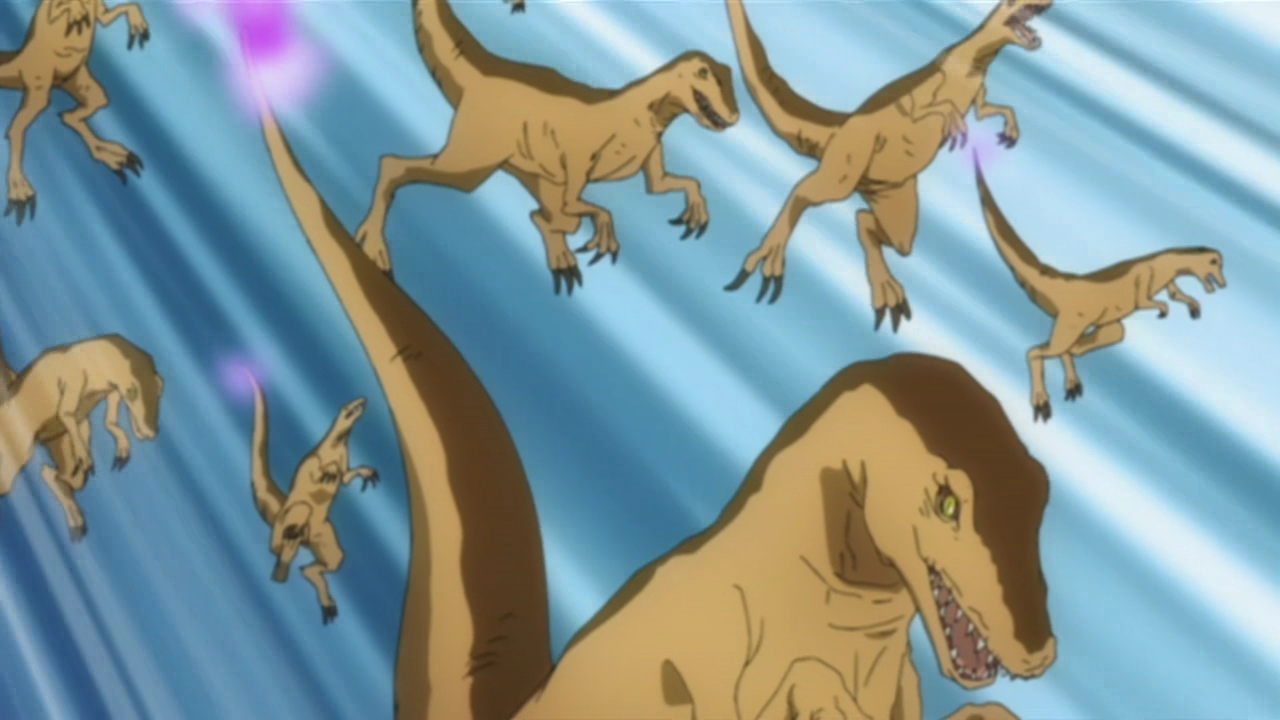 Apart from getting some things wrong, the technicalities in this manwha are epic. Thank you for telling me about it. It's recommended to throw away socks after a year 13:45, March 3, 2014 (UTC)

Introducing the all new... iDio. Edit

Same again, but said in a louder tone of voice.

get your innocent asshole signed up on skype, so we can have fun with your probably virgin asshole

is there anyway to reverse a block?

I found you a cool thing Edit

The only JoJo pose that matters Edit

The man with common face is resurrected!!Edit

MASTER EN IS BACK BIATCH

As one of few active chat mods, and one who has (as far as I know) remained neutral in the current forum about chat, I've come to you with this. Staw is calling me stupid for creating this section of the forum (check the times he posted vs. my timezone in the chat timestamp if you really need verification.). I don't like being called stupid, or being targeted personally for discussing my opinions in a civilized way. I normally wouldn't post something like this publicly, nor am I offended enough to say outright that he needs a ban. It's just that without my own computer to save screenshots to or any other chat mods online to show this to (yet another reason why things suck in chat now), I feel that posting it here is the best option. I just want it here so that if Staw continues to over-react towards me, that I can show a pattern of behavior. In the end though I'm no mod, and I am in no position to tell you what to do. Just know that it exists, I guess and do what you see fit. Sorry for dragging you into this. JustSomeDude...  Talk | 02:44, August 2, 2014 (UTC)

A beautiful story I wrote for you Edit

"X waited. The lights above him blinked and sparked out of the air. There were Farey Tails in the base. He didn't see them, but had expected them now for years. His warnings to PowderDancer were not listenend to and now it was too late. Far too late for now, anyway.

X was a NOT OR TV member for fourteen years. When he was young he watched his parents and he said to dad "I want to be on the wikis daddy."

Dad said "No! You will BE KILL BY FAREY TAIL!"

There was a time when he believed him. Then as he got oldered he stopped. But now in the South Spanish base of the Natsu he knew there were Al-Qaidas.

"This is DancePowderer" the radio crackered. "You must fight the Farey Tails!"

So X gotted his mahcine gun and blew up the wall.

"HE GOING TO KILL US" said the Fary Tials

"I will shoot at him" said the Natsu bin Laden Dragneel and he fired the rocket missiles. X machinegunned at him and tried to blew him up. But then the ceiling fell and they were trapped and not able to kill.

"No! I must kill the Fartytales" he shouted

The radio said "No, X. You are the Farey Tails"

And then X was touch by this."

Mod things (I've been trying to do unique section headings for all the mods. I'm out of ideas.) Edit

Hey X, no idea if you're still there, but we've demoted you in our recent inactive mod purge. We'll take your possible reapplication in consideration in the future or on Discord should we need to. Thank you for all the services you provided us. Sincerely, Aurora[1] | Yes? 17:38, November 12, 2016 (UTC)

Retrieved from "https://onepiece.fandom.com/wiki/User_talk:Raptor_of_Love?oldid=1382571"
Community content is available under CC-BY-SA unless otherwise noted.