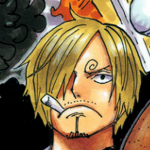 So i'm making a new one piece wikia page for manga only and i'm hoping you might want to help :)

The wikia is going to be pretty much the the same as this one except for manga only, the reason i'm trying to do this is because the anime episodes can be so much diffrent then the manga e.g text, adding whole new sence in, and in some cases censorship.

If you know any one who might want to help could you let them know about this page please.

Try changing you browser to Firefox or Safari. And if still don't work then start the chat, wait for like 10 minutes and nothing shows up then contact a admin so they can look up your account for anything wrong.

P.S. next time please do the ~~ signature cause i couldn't find who send me the message so i had to search my entire feed to find it was you.

ok Back to the 2 Questions .. How did I make that image that didn't work into working one .. hmm simple. When you upload the image on Photobucket, you can just paste its URL and it will work .. but since you edited the image in Photobucket .. it adds this useless code at the end which makes it unable to work. All you have to do is to erase the useless code at the end. MAKE SURE THAT THE URL ENDS WITH ".jpg". And when you paste the URL like that, it will work like lubrication during sex .. .. ok wrong choice of words >_>

now the second one, How to edit whore? .. .. well all you have to do is to make major edits yet useless ones. Take few examples of edit whores like myself, SeaTerror or Slowtania Queen JadeMing. Have a look at out contribution page. have a look at those mini changes we make to every chapter and episode pages like the quality of entire page depends on it. Make the change you want to see, no matter how small it is. If you want to know the types of edit-whoring then meet me in chat sometime and I will show you few example and also guide you by making you do few as well.

hope this helped. see you around.

I do have a page like that. User:Ricizubi/Signature Sandbox. I hope it can help you out.

If not, you can learn some coding from here http://www.w3schools.com/.

Sorry, I was gone since sunday.

I found a link where you can download the Logbook!

If you need anything else when it comes to merchandise ask me and i will try to find it.

You need to google it and download it. You must have this program to open the file.

Hey Sanji, You...u can't be Franky if you are Sanji...LOL

Aside from the licensing template, can you also add the source and categorization? Otherwise, I would be forced to delete them eventually. Yata Talk to me 22:58, August 14, 2012 (UTC)

Some random message from some dude....Edit

sanji,why do you like nami and what happen to your right eye? If you see any young lady,you always nose bleed and sometimes your eye will turn into a heart.You and zoro always fight every single day.The most funny scene is,when you want to hug robin,nami jumps out anthen you failed to hug robin you hit the giant pole behind robin and your head is stuck the otherside of the giant pole.I laugh so much,I got the hiccups until morning monday.And one more thing,when zoro want to catch the sword of the enemy,you pushed zoro and zoro's head hit the handle.Now he got a peachy thing on he's head, that is big and you fight again.

I hope you are happy and healthy.

Out of the kindness of my heart i am giving you this :] http://i1262.photobucket.com/albums/ii609/DarkSkullPirates/Froppercolored.png

I am a highly religious Catholic who despises anti-religious jokes and comments. But not every joke that talks about God or Jesus or the Flying Spaghetti Monster is anti-religious. Have you ever seen "Jesus Christ Superstar"? Or "History of the World Part 1"?

It's a joke atheists originally used to mock God, but eventually over time it became less than that and now is just a joke. uknownada Talk 05:44, August 24, 2012 (UTC)

I've found some name spelling corrections for you! Porse-> Porche AND Capauti-> Capote. Also the names of all the boats (filler too) seem to not match the article names anywhere. JustSomeDude...  Talk |

Actually, nevermind about any of those. They were all just used SEVERAL times in the same chapter (Chapter 307) that I was editing at the time I left these messages. So there are no other uses of them left, sinceI fixed them there. Would you believe me if I told you it also had "Usoop" in it? JustSomeDude...  Talk | 06:28, September 5, 2012 (UTC)

There are no colons before this line.

There is one colon before this line.

There are two colons before this line.

Ah Jade stole that from me D:

u can still change ur vote if u c fit

Can I interest you in some name spelling edits? Edit

Oh yep, you're right. I just couldn't remember seeing her before in any of the chapters she played a role in. Of course it was the background of the flashback aka the one place I didn't check... JustSomeDude...  Talk | 04:17, December 13, 2013 (UTC)

I was a li'l bit late, and I'm sorry for that. Anyway, someone told me that you like FMA, and that anime only reminds me of Lust, so here you go. IDC if you like her or not, suck it up. Alright, bye.

Since you're doing a bunch of useless edits mark them minor so that they don't flood the recent changes for people that hide minor edits. Most of your edits could have been done with a bot anyway. SeaTerror (talk) 02:33, August 10, 2015 (UTC)