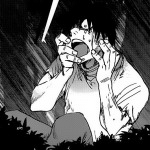 I just wanted to post in regards to this message you left on Jess's talk page. You really shouldn't be posting such things on talk pages, for the entire world to see. It makes things that should be private, not so private. Perhaps you should move it to a private message in chat, or maybe even a skype chat? Well, either way, I hope you consider at least removing the message, in order to help make the wiki a better place.

Wtf? Gal you act like you have influence XD Supernova X-Drake aka Roranoa Zoro II (talk)

Thanks for the link! Unfortunately, I've already been linked that by Sff, and was asking for a more specific answer from Levi, since Sff already attempted to do the rename there, and was unable to do so (at least, without the need to use a bot afterwards.)

Hope the rest of your Sunday goes well, and your week too!

In no way have I "spammed" anything. I was simply responding to messages, that were directed towards myself.

Hopefully, you understand. Thanks for reading, and have a good rest of your Sunday!

Hey Staw. Glad to hear back from you so soon. Hope you're still doing okay.

On to the topic at hand, if you look above on your talk page, you will see messages directed towards me from SeaTerror and Red Eyed Raven. Since I didn't want to ignore their messages (that would be rude!), I replied to them on their talk pages, so that your talk page wouldn't be cluttered with an unimportant conversation.

Hopefully, you understand, and we can end this discussion, and go back to making this wiki a better place for all.

That you for my new sig. You are very nice... For a Greek. JK

Those are awesome images from the colored edition from the manga. Where is it you can get them from? I'd love to look at all of them.

not why i chose the name "red eyed raven" if you want to know why, there are some pretty obvious hints in my signature

Hello I am looking for help me edit the Parent Tab Template on the wiki. We have a very bear-bones version of the Template, I have tried messing with it bit, but I really have no idea of what I am doing. So can you give me any pointers for editing it?Silent Psycho Gamer (talk) 21:55, March 6, 2014 (UTC)

OKAY THEN YOU ASKED FOR IT

IM GOING TOO BE BECOME THE KING OF THE WORLD! BYE!

Why are you getting angry with that troll? He's making fun of you and you're not even noticing. I'm surprised of this! Let's ignore his posts and let's ban him. Isn't this the easier way to solve the problem? --Meganoide (talk) 14:24, March 17, 2014 (UTC)

Staff already disabled all the accounts and blocked all the ips, there is nothing else I can do. There aren't enough IPs to make a range block yet, so if he shows up again you can ping me so I can globally block him again. leviathan_89 21:56, 26 March, 2014 (UTC)

<Nobody is in a hospital, with broken bones, and internal bleeding.>

I guess we all are getting old too quickly now .. .. LETS MAKE MOST OF IT!! FLIRT WITH ALL THE GIRLS!! Thanks for the wishes Staw.

and THATS WHY WE LUV THAT LAZYSONWABICH!! *Fanboy Rage Roar* BERSERKKKKKKKKKKKKKKK!!!

Hey Staw. You renamed one of the portraits (Bluejam Pirate 1 Portrait) to coincide with the name of the draft page I made for the unnamed character. It is definitely not an official name, so if you could change it back, that would be great. I'm making draft pages for a bunch of unnamed characters in case they are named in the future. Montblanc Noland (talk) 17:49, June 12, 2014 (UTC)

'Civilian' in the Affiliations/Occupations field of infobox

I'm just reguarding your place as an admin on the Emoticon Wiki.

I'm [[1]] and I recently adopted the wiki. I was wondering if you were going to come back, and if you are'nt, please can you place an inactive flag on your username. If you want to give up your adminship, so we can attract new editors, please notify me and I would be very greatful.

I need you to find and replace all the "Template:L"s in use on chapter and episode pages to just the manual thing. It is an unneeded template that should have been canned long ago and I have no clue why it's still in use. It takes about as much effort to italicize the font and write "(flashback)" as it does to use that, so it's pretty pointless. If you could get rid of it and set everything back to manual, that would be great. Thank you.DancePowderer Talk 16:08, September 12, 2014 (UTC)

Turns out he is reasonable.

So, Galaxy was able to stop acting like a complete douche long enough to tell us how we can get him to gtfo or at least stop vandalizing. He wants us to make it so that his name doesn't appear on the "added by" thing you see when you click on an image, which can obviously be done by a simple reversion job. He was even kind enough to provide us with a list of images: Special:ListFiles/Galaxy9000. Knowing him, there's sure to be a furk ton and a half of them to go through. If you can do it with your bot, by all means do it. If you can't, then I give you carte blanche to recruit and delegate help with this task accordingly. He said he wouldn't do anything more as long as he saw that progress is being made. Considering this is the only time he's been but a corrosive thorn up the anus, I'm willing to believe him. That's about it. Hit me back with any questions.DancePowderer Talk 06:30, September 16, 2014 (UTC)

aaaaaaaaaaaaaaaand i just noticed something about galaxy going crazy, what the hell happened?Quoth The Raven "Nevermore" 23:17, September 18, 2014 (UTC)

Retrieved from "https://onepiece.fandom.com/wiki/User_talk:Staw-Hat_Luffy?oldid=1193333"
Community content is available under CC-BY-SA unless otherwise noted.