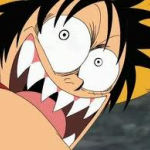 but whatever you think what you want im just that kind of person anit i hating everyone wantign them dead but really your wrong i don't want coffee dead im glad he's alive Caring16:) (talk) 03:50, August 9, 2013 (UTC)

that was not needed. you won't even let me talk things out. now can you unblock be? that was unfair.

i'm being serious. but you all basically ignored me and blew me off. i couldn't even reason with you. but never mind. obviously talking wont get anywhere.

You know I'm right. How long till I can get back on the chat?

I merely wish to apologize for showing my behind in chat. I let my temper get the better of me and said things that were uncalled for. So, I humbly accept this consequence. And I hope that when this ban resolves in three days, we can get along. And yes I intend to apologize to Umnei as well. (Also I want to note that I'm not trying to suck up, I'm serious.) Also what is the Animal face you have on your AVI? To me, it looks like a river otter.

Well, I don't screenshot such things... so no.

Ahoy SHB, I hope you have a very Merry Christmas :D

For some reason on this wiki I cannot stick a picture in the middle of this post by that method...... Oh well just follow the link.

EDIT For previous message: And sorry for some reason my sig doesn't want to work, I will see if I can get that fixed soon.

proof your parents did it dayEdit

sorry i was late

I'm posting in regards to your post on Staw's talk page. Your comment is a bit confusing, but I'm guessing you're a fan of brooms? I guess I can see why, since they're great at sweeping up things on the ground, and help keep your house clean, in order to prevent ants and other pests from invading your home.

My pantry cabinet is pretty high up, so I'm guessing you think I keep my brooms in that, but it's way too small. The brooms in my house stay in the garage, which is basically on ground level.

Anyways, I hope the rest of your weekend goes well, and that your week goes well as well! (P.S., since we're both fans of Brooms, have you ordered this amazing broom? I get my house work done 5 seconds sooner because of the speed that the broom sweeps things up. It's a must for broom fanatics such as yourself.)

hey straw hat, its me sniper, i was wondering if i could get my sentence reduced in some way given that it has been almost a  year now since my ban.

Hello..it's been a while...I am leaving this message to apologize for my childish behavior in the past..u won't hear from me a lot.. I do not remember how to sign this thing So I will just leave my username at the end of this message Nice talking to you again I hope me suddenly leaving message after two or three years is not weird -shenegamy

Retrieved from "https://onepiece.fandom.com/wiki/User_talk:StrawKid?oldid=1575686"
Community content is available under CC-BY-SA unless otherwise noted.