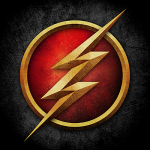 I have noticed that u don t know how to sign the post, just try four tides(~~~~)

Hello! Yes, you would be correct. I did not know about the anime time skip until after I read that. I have not been keeping up with the One Piece news or anything for that fact due to school. I digress to your question, yes I would appreciate if you would show me those pictures. Thank you so much.

The images look really good; although, Robin's face looked weird in the first one. Still, sad to say, but I prefer the anime images over the manga's. Now I'm really excited to see the anime time skip. Haha. The current design for Franky looks better in the anime or the fact I may be getting used to it... Chopper still looks stoned no matter what to me... Again, thank you for showing me these images.

Sorry, I've only uploaded this because it was in Spanish Wiki is not a picture that you miss me. Next time I will post more. Sorry if there are faults, not much English and I am using a translator.

Eyecatcher: what do you think? Also maybe we can upload the others too, but I don't want to overload the page... we need a template for that. Maybe bring up the idea in the talk page. leviathan_89 15:30, 21 September, 2011 (UTC)

Ok, sorry I don't have much time this week... before uploading them, we should make a category to regroup them. Also, if you can, upload the images in the JPG format, since it's more suited for anime pictures. If you want I can do the job, but I'll probably do that this week-end. It will be helpful if you can give me a list of episodes where I can find each eyecatcher, this way I don't have to look for them. leviathan_89 16:45, 27 September, 2011 (UTC)

You don't have to change them, maybe I'll convert them or maybe not. I mean if you can upload anime image in JPG since it takes less space (even at maximun quality) then the PNG. PNG is more suited for black & white images. leviathan_89 20:16, 28 September, 2011 (UTC)

That's exactly what I was wondering. Now I'm sure that it was deleted because it hasn't aired yet and also because a picture from the actual opening will most likely be used. Thanks for letting me know

okay. I was not useful in this wiki. Thank you.

okay -.-. I will repeat it again other times ah, I mean would not if I remember.

oh.. thank you for the info. User:Ellen_siren

Thanks for the info man.

Ooops... i dont know how to work around here yet. Sorry

Hey, you know that one image we uploaded :File:Eyecatcher OP - DB2.jpg Well, like we both clearly agreed there, that clock needs to go. Your first image didn't include the clock, so you could use the same source for that. My question is, where did you get that image without the clock? Somebody could take wherever that came from and get the pic where it zooms in on their faces.

those images as .png files instead of .jpg files. JPGs compress and pixilate when used on the actual pages, and have a habit of looking much worse than .pngs. Here is a comparison of the same image uploaded as a .jpg and a .png. It's the goal of the Image Team to make sure we are uploading the best images we can, and part of that is making sure as many files as possible are .pngs. Thanks. JustSomeDude...  Talk | 14:56, February 8, 2013 (UTC)

Retrieved from "https://onepiece.fandom.com/wiki/User_talk:Strawhat1?oldid=1563262"
Community content is available under CC-BY-SA unless otherwise noted.