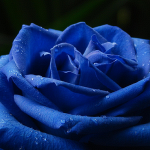 Hey there! Sorry, but you are not allowed to upload:

For tips on how to upload a picture for the wiki correctly, check out this step-by-step instruction.

If you want to use pictures in your profile/blog please use those already on the wiki or upload your images on another site (like photobucket, imageshack, etc. Check out this blog for more information).

Please read the Image Guidelines before uploading any more images to the wiki. If you have any questions, don't hesitate to ask me on my talk page. Thank you. JustSomeDude...  Talk | 22:24, March 14, 2013 (UTC)

personally i thought it wasnt worth noting that it was the only devil fruit that has three syllables in the root word of its english name, because its not really relevant to the story at all. but if you insist on keeping it on the page then i wont cause a fuss about it-- Quoth The Raven "Nevermore"14:54, September 2, 2013 (UTC)

"Inteligent and cunning" are abilities not personality features. Plus those features are nowhere mentioned in the personality section, nor is anything about him being able to work under the radar. Vaztalk 16:55,11/18/2013

Hate to say it Dreamer, but Vaz is right here. While his personality may be calm and aloof, being cunning and tactical falls under abilities and powers. It's recommended to throw away socks after a year 17:01, November 18, 2013 (UTC)

http://tvtropes.org/pmwiki/pmwiki.php/Main/FaceFault might be of interest. It's a sufficiently used phrase to warrant being on the wiki. It's recommended to throw away socks after a year 16:30, December 4, 2013 (UTC)

here is your proof.  Everyone has provided enough proof to support our facts. What you are supporting is correct, but the phrase face fault is ALSO used to describe those weird facial expressions. Just accept it and let it go already. Vaztalk 18:56,12/4/2013

Hmmm.... well, it's not a big change, and your logic is sound, but I'd change the links themselves instead of adding extra words. So Whitebeard, for example.

I'll go ahead and do that. I just think it's better for the wiki in the longrun to use consistent terminology. Thank you for displaying tact whilst handling this issue. It is very much appreciated. The Will of Deez (talk) 19:00, September 28, 2014 (UTC)

Hey there! Sorry, we don't mean to scare you, but you are not allowed to upload any of the following:

For tips on how to upload a picture for the wiki correctly, check out this step-by-step instruction.

If you want to use pictures in your profile or blogs please use those that are already on the wiki or upload your images on another wiki. (See this blog for more details on how to do this).

Please read the Image Guidelines before uploading any more images to the wiki. If you have any questions about these rules, don't hesitate to ask me on my talk page. Thank you.  Jademing  Talk   21:08, January 21, 2015 (UTC)

It's just an uncommon word that isn't easily understood by some. "Shocked" fits just as well, and it's much easier to understand. We have a rule here to keep language simple and easy to understand, as that is what an encyclopedic writing style should be. JustSomeDude...  Talk | 04:41, March 6, 2015 (UTC)

Well, some pointers: you need to:

You know you're supposed to get involved with the discussion, since you took part in the tiny disrupt over the removal of the trivia? Whatever, I'm calling a clear majority to remove the trivia, since six people are for it, and only one, you, is against it. Next time, please try to partake in discussions over edits involving you. Jademing (talk) 23:28, March 6, 2015 (UTC)

Actually, Hina is a Rear Admiral, as of Chapter 823, but I've updated the gallery accordingly. Well spotted.

Retrieved from "https://onepiece.fandom.com/wiki/User_talk:The_Dreamer?oldid=1576488"
Community content is available under CC-BY-SA unless otherwise noted.