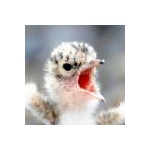 you and i logo Edit

This wikia is understaffed Edit

We need your help in appionting an adminstrator for this wikia

Well normally there would be a voting thing to see who can become an adminstrator like the past staffer did. The decision is not up to me.

We need something to set up a vote, whoever gets the most vote, a wikia staffer like you was to enable them to become an adminstrator.

I think you need to discuss this with your 2 currently active admins (see Special:ListUsers/sysop), Mugiwara_Franky and BattleFranky202, and find out which (or both) of them would like to be turned into bureaucrats so they can make those choices, since they likely know who should/shouldnt be promoted to things around here. --Uberfuzzy 23:44, September 9, 2009 (UTC)

Retrieved from "https://onepiece.fandom.com/wiki/User_talk:Uberfuzzy?oldid=131263"
Community content is available under CC-BY-SA unless otherwise noted.