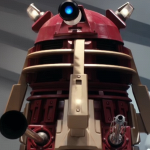 Your edit was good, but there's no need to link to Arlong Park. If you want/need to reference, link directly from Shueisha. Kaido King of the Beasts (talk) 00:02, September 5, 2018 (UTC)

Sorry about linking to Arlong Park. I don't know were Redon received the statement he posted on there from (I assume their twitter account). I used it as reference just in case another user saw the edit thought it was promotional only card and deleted it. --Vincent Dawn (talk) 22:07, September 5, 2018 (UTC)

I've thought about that myself but am unsure about the Japanese - seems like if it was Viento it would be ウィエント not ウィント. Might want to open a talk discussion about it. Kaido King of the Beasts (talk) 02:38, November 21, 2018 (UTC)

I may not have the cards, but I do follow which cards are in each pack, so having a hard copy isn't much relevant. Let me rephrase what I meant to say: "The pack cover only shows the characters who have characters card in it", and that include same characters like Hoe and Lasso who have a square on the cover, but share a card with another character.

Now, as for the Hammond and Gyro case, they weren't on the cover but reported to be in the pack, so the only logical conclusions are either they are on an EX character card of a new series (just like Summit Wars and Whitebeard Pirates started before East Blue was finished) or the reports were wrong and they aren't in the pack.

Either way, we can't know for sure until the pack is released, and until then everything stay as is.

On a different note, since I can't perches the packs, and no scan is good enough, If it not to much to ask, could you please scan and update some characters bounty posters for the characters pages and the bounty gallery? Thank you. Rhavkin (talk) 21:14, January 25, 2019 (UTC)

No, I don't have a source different from the forum, but Redon rarely mislead us. Also, the 13 characters and two skill card actually support the idea that Hammond and Gyro are EX characters. Rhavkin (talk) 06:47, January 26, 2019 (UTC)

I can understand that. At the very least, I don't see how just moving the script decision could hurt even if you can't flesh out anything else. Kaido King of the Beasts (talk) 04:37, January 30, 2019 (UTC)

The deed is done! Check it over and let me know what you think. If you want to practice destubbing pages, I would be happy to give you some tips or exercises to try. I am the stub guy here (destubbed almost 200 pages), so whether you want advice or have requests for me to fix, let me know! Montblanc Noland :: Talk 19:06, January 30, 2019 (UTC)

Definitely, the databook will (hopefully) add a lot more pages, especially as it moves into arcs that haven't had a proper databook (i.e. Punk Hazard and onward). My best advice is to practice. Try filling in sections of a stub page, and if you aren't sure about what you wrote, you can always ask me.

If you want to try with an actual stub but you don't want to change the page itself, copy all the code and make yourself a User Draft Page. All you have to do is go to the url for your user page and add "/Draft_Page" to the end the url. That will create a page you can edit freely and use like a sandbox. Put the copies code from the stub you want to fix onto the draft page, and fix it from there.

You could also use the draft page to work on pages for characters/ships/Devil Fruits that aren't named yet. If you think Blackbeard's raft will get named soon, make a draft page for it and use that to practice. I can do stubs well now, but I started destubbing 6 years ago. Like any other kind of writing, it just takes practice. I can give more specific tips once you try working on a stub page or draft page. Also, hit me up on our Discord server if you want faster help.Montblanc Noland :: Talk 00:29, January 31, 2019 (UTC)

Hey Vincent! Thank you, and I am honored to have gotten the promotion. Please do add those techniques, and if you come across any more, as long as they are referenced properly, you don't need to run them by me. Keep up the great work! Montblanc Noland :: Talk 20:08, April 9, 2019 (UTC)

Oh okay, my mistake, I didn't understand what you meant the first time. To be honest, I'm not entirely sure how to change that, but I will find out for you and fix it.

As for the Okama Kenpo, which attacks are the ones in question? Do the names come from the manga/anime and we just don't have them on the wiki, or are the names originally from the source you sent me? As for plagarism, I can look into changing the wording once I know which attacks to look at. Sorry for the delayed response. Montblanc Noland :: Talk 22:42, April 17, 2019 (UTC)

As of right now, I am more inclined to consider it as a term for only Buso Haki, but I could stand to look a bit deeper into it. It will probably go to a talk page discussion in the near future. Kaido King of the Beasts (talk) 03:55, April 20, 2019 (UTC)

I'm fine with removing the sentences, but just because I am doesn't mean other users won't oppose it. If your edits are undone multiple times the best course of action would be to talk to the user who is undoing them. Kaido King of the Beasts (talk) 22:07, April 21, 2019 (UTC)

I agree with Kaido. Talk to the other users, or better, open a talk page discussion about it. That is the standard practice for edit wars on the wiki. Montblanc Noland :: Talk 22:36, April 21, 2019 (UTC)

I feel like there is something I should clear up about an admin's authority. On a wiki, the purpose of the admins are to maintain the quality of the site. They do not have increased sway or authority when it comes to article content. My edits can be disputed, and if they are, I have to respond to it just like any other user. So while I can't say I'm not appreciative, my opinion is not a good reason on its own to undo someone's edit. Kaido King of the Beasts (talk) 04:23, April 26, 2019 (UTC)

Hey Vincent. You are good to go on moving that content and rewriting the section. No need to ask for permission in the future for that sort of thing. If you want, you can just write in the edit description what you are doing and why you are doing it (ex. Moving content to Numa Numa no Mi because it fits better there). Montblanc Noland :: Talk 03:47, May 8, 2019 (UTC)

Hey Vincent! I'm not sure if you're familiar with our wiki's old "crews," but they are basically groups of users who would focus on different tasks on the wiki (like references, stubs, etc.). I am thinking about starting a new crew, the "Research Crew," to replace the old Stub Crew, and I wanted to ask if you'd be interested. The Crew would aim to destub pages, flesh out old pages that are not up to snuff with our current standards, and research to find pages we are missing. I know that you already make a lot of edits to old content to bring up quality, so I thought I'd pitch to you. Joining a crew doesn't restrict what/how you can edit. It is more of a community organization measure than anything. If you have any interest, I am happy to send a more thorough description of the group. Montblanc Noland :: Talk 03:05, June 6, 2019 (UTC)

Not sure about deleted pages, that is a question for Kage or Kaido. I recommend that you go to Arlong Park Forums and look at the raw scan of T-Bone's pages in their Vivre Card threat. You could also send those pages to Klobis, our resident translator, to check on the exact name.Montblanc Noland :: Talk 02:00, June 8, 2019 (UTC)

Bear Skin Rug was a conjectural name that was a relic of the wiki from years ago, back then people just came up with names that fit the characters, but since he is actually referred to as Bear Rug, you are right to say that Bear Skin Rug is wrong. As for the Jack-in-the-Box and the Penguin Zombie Duo, those were names that came from English dub and/or the English official translations of manga/anime, and were from years ago as well when the wiki used English translations. I noticed them when I expanded the Zombie page, but did not change them, as Combi would be confusing and I wasn't sure if Combo was a proper translation, so I just kept it as the official English translation.Nightmare Pirates (talk) 04:22, June 13, 2019 (UTC)

I'm not particularly inclined to do anything about that right now, but if nothing changes once the cards come out then her talk page would probably be opened again, and I'd support renaming. Kaido King of the Beasts (talk) 22:58, June 17, 2019 (UTC)

Shueisha's online bookstore shows the back of the booster pack, which lists the cards that are included. There are no pictures of the cards. Awaikage Talk 09:34, July 31, 2019 (UTC)

I'll have to investigate a little more. I'm hesitant to put a ship to the name without a clear association. Other groups only have 1 ship, so it is easy. But since they have a ton of snails, it is hard to say. Montblanc Noland :: Talk 23:45, August 4, 2019 (UTC)

Retrieved from "https://onepiece.fandom.com/wiki/User_talk:Vincent_Dawn?oldid=1626311"
Community content is available under CC-BY-SA unless otherwise noted.