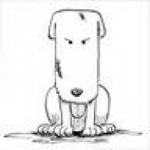 Hi and welcome to the One Piece Encyclopedia! Thanks for your edit to the [[:File:Albion.jpg]] page.

Would you please comment and rate my prediction of Usopp vs. Van Augur?

Hey check it out if you want..Thanks!!

I need to tell you that you have done a great job with the groups..Really awesome job..Keep it up.!--

Man, I'm dying for the next group already! Hurry up, lol [http://onepiece.wikia.com/wiki/User:Yountoryuu Yountoryuu
-]----------
Hey i will be gone for 7 days and i will not be able to vote for my favorite LAW..Please make sure he pass.Thanks..!

If you dont mind,i put links on every character on your profile..Thats way it will be easier for everyone to search them..Ok?

Helping you at your Tournament. Edit

Man I'd love to help you, I guess you could send it to my personal email. The groups I mean.

luc_is_buried@live.nl (Pun on the song of Avenged Sevenfold Buried Alive.) Thanks!

Allright I will send you second stage groups by atazeler@hotmail.com I will explain the details at the mail Whiskey Talk 15:35, May 31, 2011 (UTC)

@Jinbe as there is some technical problems in my talk page, I have to delete your post. Whatever... I visited DF pages and their colorschemes are good so don't think about me. And thanks for your interest to the tournament, you said that without trash characters 2nd stage will be more exciting but you will miss them as choosing between popular 2nd stage participants will be very hard :)

Hi, I think you should check your signature's code. I don't know if you have noticed this but when you sign the text after your signature change to your signature style. Maybe I'm mistaking, but I think there is an error in your code. leviathan_89 15:34, March 18, 2011 (UTC)

I heard you have problems with your sig? I don't think I can help you much there, but I used JapaneseOpFans "instructions" to set up mine. I will just copy and paste it from DancePowderers talkpage, hope it helps Jinbe  Talk  19:48, March 18, 2011 (UTC)

As for doing it for you... I actually can't do that since it involves using your preferences, which I cannot see. I'll try to explain as simply as possible. Don't worry, it's not as hard at it looks! Here we go:

First, you have to make a page for your signature to be on. Just go to your user page & add /sig to the end of the URL, and create the page. Like, mine is located at http://onepiece.wikia.com/wiki/User:JapaneseOPfan/sig

(just erase my name and replace it with yours. Put it on your somewhere on your profile, and link it. When you publish it, it'll be red. Leave it like that for now.)

Next, you have to make a page to link to, so that your whole entire sig-code doesn't show up on every single page. Just make another page, which will be the same as the 1st one, but will have a 2 after /sig. Like this:http://onepiece.wikia.com/wiki/User:JapaneseOPfan/sig2

On the 2nd page you made, put

Then go to your "My preferences". Under "user profile", find the box marked "signature" and put:

in brackets, and again, put your user name between the : and /. Note that this time, you are putting "sig2" in brackets, not just "sig" like last time. Don't forget to check the box underneath that says "Custom signature".

Once all is set up, you're finally ready to begin work on your signature, which will go on your first signature page (the first one you made, the one without the 2 after /sig). You know, click the red link and add to the page. Just put all the HTML stuff you used for your first attempts. You won't have to touch the 2nd page at all. Tell me if you don't get something! Hope this helps^^ JapaneseOPfan :: Talk 01:48, February 25, 2011 (UTC)
-
Oh I just found something. For starters, I'll do half of the process since it seems like I can! Just to make your life easier. JapaneseOPfan :: Talk 01:55, February 25, 2011 (UTC)
ok done. once you this step:
Then go to your "My preferences". Under "user profile", find the box marked "signature" and put:

Wait what? Haha no, look again. I didn't "directly help you" at all! Jinbe just simply Copy/Pasted the help I gave on DancePowderer's page when he needed help on his sig. Don't mind the comments below the help, it was directed to DancePowderer and Jinbe probably C/P it altogether by accident. As proof, notice my signature is not modified (since C+P doesn't copy the HTML.) Well, uh, your welcome anyway, and nice sig! XD JapaneseOPfan :: Talk 20:55, March 18, 2011 (UTC)

I made a prediction of Chapter 619, would please comment and rate on it. It'd mean alot to me (:

Sorry for the Delay! Edit

I'm sorry for stopping the groups so late, I've been busy working (: I've closed them, I'll be doing group 4 tonight (:

Hey, first off I'm sorry to stop. I can't go on my PC anymore since I got a seizure today. I should rest for a month the doctor said -_-' But I'll take precautions and not computer if he doesn't want me too. Probably not gonna happen but still... Thanks for understanding if you do... Yountoryuu 19:15, March 27, 2011 (UTC)

First off, yes, I am an admin. Secondly, that depends, how many posters were you thinking of adding?DancePowderer Talk 17:08, April 4, 2011 (UTC)

Alright, I'll allow them, but I want links to all of them on my talk page as soon as they are uploaded. I may have to do some protecting. Also, you are responsible for removing them if they get uploaded to anywhere other than your tournament blogs. If too many users start to remove them from articles, that might create some annoyances which create problems. I'll do what I can for them when you're not online. Finally, leave a message about it on Yatano's and Klobis's talk pages. It would be best if they knew about it too. Tell them I allowed it and they will be deleted once the tournament is over.DancePowderer Talk 19:11, April 4, 2011 (UTC)

Fine, but just out of curiosity, is it possible to upload them externally, so they don't enter our database and namespace? I mean, I am keeping a lookout for other fanarts that are uploaded by other users, and I'm afraid of getting mixed up and delete yours by accident. Just asking, not setting a rule. Yatanogarasu 20:51, April 4, 2011 (UTC)

Hey Whiskey,i made a prediction of chapter 621..If you want check it out and comment..Thanks..Click Here

I don't know if you saw the Community Messages, since I posted it there, but few people seems to notice it anyways. Yatanogarasu 18:50, April 10, 2011 (UTC)

roranoazorotest : this wiki theme has been copied from some other wiki , but I developed it myself ; Please tell me how it is , if possible gimme new ideas of developing it ; Thanks !彡•Roranoa zoro [Talk] ✯07:13,4/13/2011

Hey, I just wanted to say good job on the tournament! It's really brought the wiki to life! Maybe after its done you could come over to the Ship of Fools wiki and do one there. Anyway, great job!Galcion 21:10, April 16, 2011 (UTC)

Yes we are gonna get a chat , but what- can you do me a small help ? Check out this blog and , can you also invite others ?

Just to clear up Edit

About the tournament, once it's over, you will have all those pairing posters marked for deletion, right? And how long until the tournament is over? Just curious. Yatanogarasu 04:43, April 24, 2011 (UTC)

Well, we have the welcome template that gets posted automatically to someone's talk page after they make their first edit, but that's about it.DancePowderer Talk 19:35, April 24, 2011 (UTC)

Check it out Edit

i finished the law vs. kid fight predicition

i took off the characters that we havent seen yet and added new fights:http://onepiece.wikia.com/wiki/User_blog:Imhungry4444/My_next_fight_predictionImhungry4444 23:34, May 5, 2011 (UTC)

i finished the crocodile vs. akainu fight prediction:http://onepiece.wikia.com/wiki/User_blog:Imhungry4444/Akainu_vs._Crocodile_fight_prediciton

vote for my next fight prediction, but it has a theme this time:http://onepiece.wikia.com/wiki/User_blog:Imhungry4444/My_next_fight_prediction%28classic_version%29

can you help? Edit

Attacked in the new world! Edit

I made a preview of what i would want to make, please read it and tell me if i should really make what i had in mind.

I want to start deleting the pics you uploaded for the tournament, but I know there are still a few you haven't uploaded my talk page (it'll be in archive 2). Please do so. Thanks.DancePowderer Talk 01:10, May 17, 2011 (UTC)

If you want to prove it's not Shirahoshi the 10th SH than bring argumnents at: http://onepiece.wikia.com/wiki/User_blog:Ricizubi/It_will_be_Shirahoshi,_if_this_doesn%27t_convince_you_even_one_bit_that_I_give_up

back to the old grind Edit

back to the old grind Edit

please read and participate in the following topic Forum:Appointing new admins without prior discussion/vote

http://onepiece.wikia.com/wiki/Forum:Renaming;_without_explaination_and_supplying_evidence Can you come and vote here? SeaTerror 02:04, May 24, 2011 (UTC)

Hi whiskey, please check my new prediction, and tell me how good the main idea is and your opinion on how my interpretation of Luffy was(horrible right?)

Hi, I want to hear your ideas, opinions on the rules to the war on this forum: http://onepiece.wikia.com/index.php?title=Forum:War_on_this_Wikia_Rules&t=20110623125831

Well I think you need to change your browser I recommend you Safari, but I use Google Chrome and it works, try it out, you could use these browsers to only go to the chat, here is the link: http://onepiece.wikia.com/wiki/Special:Chat Ricizubi Mornin' 17:28, June 23, 2011 (UTC)

Because of your absence I volunteered to run the 2nd Character Tournament- Something I really want to do. Please let us know if you will be coming back before march. Otherwise no worries, OK -- Tuckyd  Idea Station  Hi There

Retrieved from "https://onepiece.fandom.com/wiki/User_talk:Whiskey13?oldid=1115805"
Community content is available under CC-BY-SA unless otherwise noted.