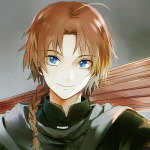 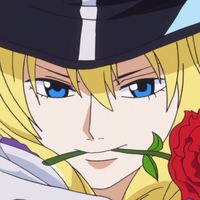 Hey there gal ಠ_ಠ, glad to see you here! If you need help with whatever, just leave me a message. Please remember to be polite when doing so, otherwise you will be SMITED. I will archive my Talk Page again after it reaches 50 topics. Also, if you want to spam my Talk Page, then think twice and spam this User's Talk instead.
Hello. This is WonderfulUnicorn's talk page, where you can send messages and comments directly to WonderfulUnicorn.
Relevant Information

Eh? You were the one who took SHL's virginity? xDD.. Ok! Here's the first out of a hundred question(s).

I was sleeping! And you new sig doesn't work. It links to other people and it's not user:contributions, it's special:contributions/wonderfulunicorn.  Staw-Hat Luffy  Talk  10:19, May 22, 2013 (UTC)

Those categories are subcategories of the category family members, not families. Please fix it.  Staw-Hat Luffy  Talk  12:53, May 22, 2013 (UTC)

Just to let you know, you REALLY might want to fix your new sig. It's actually screwing up the counting. Just letting you know. uknownada Talk 01:31, May 25, 2013 (UTC)

Zomg that sig, everytime I see it it has changed *_* and it's beautiful! Nicely done WU (y) The Humaniod Typhoon Talkco

I've made some mistakes in the beginning (image related) but I think now I'm pretty used to how things operate around here. It's great fun editing and helping out, it feels good contributing to something much bigger. I'll be sticking around until the glorious end of One Piece (although I highly doubt One Piece will ever end). ' 'inSaiyan Talk  Contribs  12:37, July 8, 2013 (UTC)

Hey WU, similar to the inactive admins forum, there a forum about inactive rollbacks and chat mods going on now. Since you've been inactive for some time, we're asking you if you intend to come back to editing or if you're fine with voluntarily giving up your rollback rights. Providing more detail on your internet issues would also be nice, if you wish to keep the rights. We'd appreciate a response. Thanks. JustSomeDude...  Talk | 12:10, September 14, 2013 (UTC)

hey WU i noticed the message you left on jsd's talk. first i would just like to say im happy to hear that you intend to come back and edit regularly, second off i also noticed you said that you dont need the rollback rights, so i just wanted to confirm and make with you before asking yata if its ok for your rights to be removed, because as im sure you've noticed we have more rollbacks then we need (we had 10 when the forum was opened) and several of them have been inactive lately-- Quoth The Raven "Nevermore" 16:20, September 16, 2013 (UTC)

Hi WU, first of all, I hope you're doing great in real life and I miss chatting with you :/. But anyway, by looking at the the special page, I noticed that even though you said you will be more active you stayed for two days and then left and haven't edited anything in exactly a month. Shouldn't you give up your rollback rights already? There are many people that could use them way better than this. Of course, if you are actually willing to become more active, you can keep it but I certainly doubt that. Please before deciding whether you will resign or not, remember that the rights you have and don't use are just a burden for someone that wants them but can't have them because there are too many rollbacks. Well, that's all..I hate to post this but I have to...Well, cya.  Staw-Hat Luffy  Talk  07:22, October 25, 2013 (UTC)

WU you haven't replied to me even though you have joined several times after I left you a message. Please do respond.  Staw-Hat Luffy  Talk  13:01, November 7, 2013 (UTC)

hey WU, plz participate in this discussion when you have the time, your input would be very valued--Quoth The Raven "Nevermore" 21:27, September 22, 2013 (UTC)

Hello there. I left a message on the Stub Team page about my talks with DSP about the future of the team and how I want to do some work. I plan to divide up the work and actually get rid of stubs at a constant rate instead of just a few here and there. As a member of the team, would you like to help? Thanks. Montblanc Noland (talk) 13:30, November 5, 2013 (UTC)

Retrieved from "https://onepiece.fandom.com/wiki/User_talk:WonderfulUnicorn?oldid=1119063"
Community content is available under CC-BY-SA unless otherwise noted.